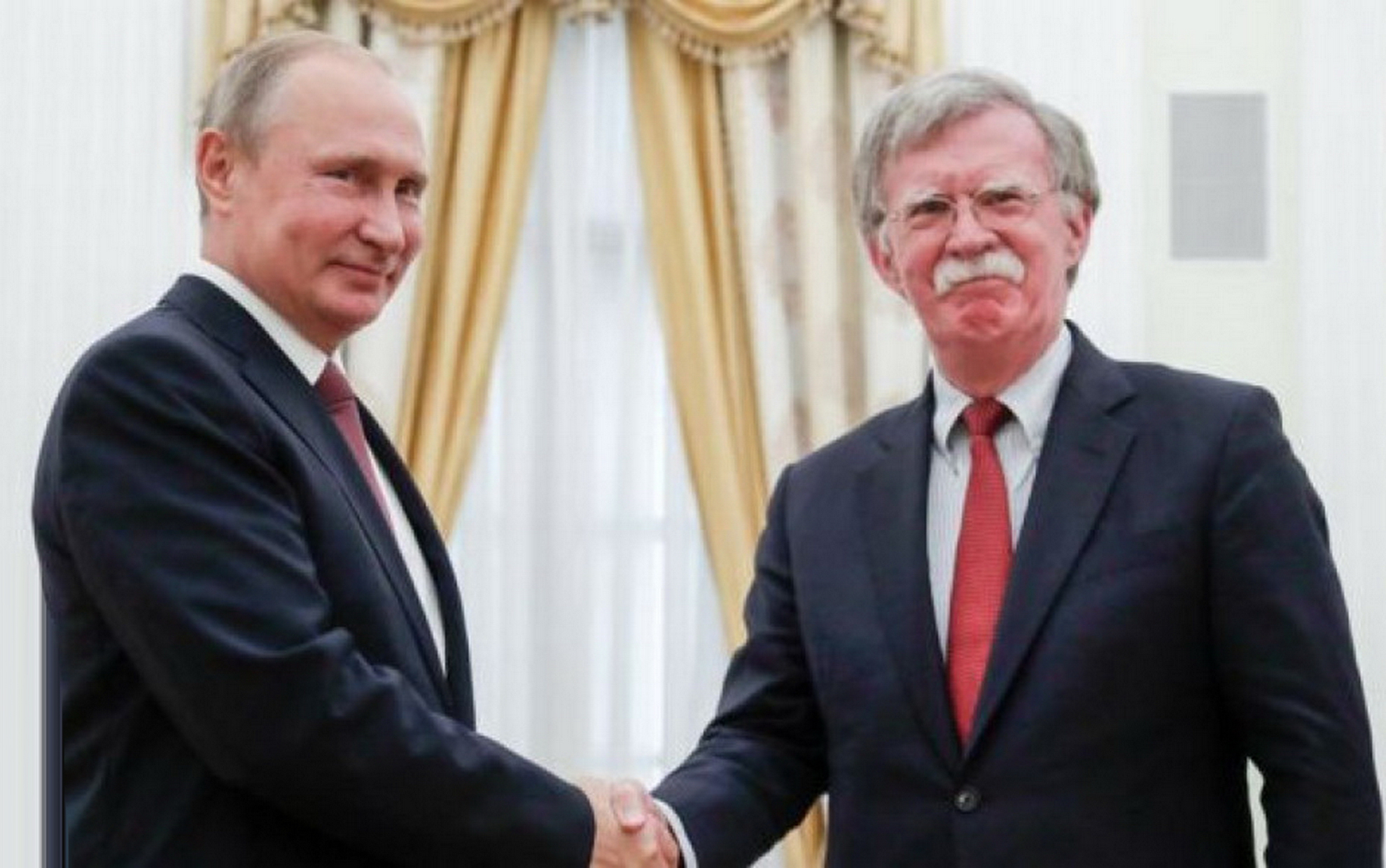 Russian President Vladimir Putin has criticized Washington’s “unfriendly steps” toward Moscow, particularly the US administration’s intention to withdraw from the medium- and short-range missile treaty unilaterally.

Russian President Vladimir Putin said during a meeting with US President national security adviser John Bolton, the “unfriendly” steps that the United States made against his country after the Russian-American summit in Helsinki, Last July which it was according to Putin a “useful and constructive”, although he was “sometimes tough”.

Putin noted that he discussed with Bolton the issues related to strategic security, disarmament and regional crises, pointing out that Moscow is aware of the intention of the United States to withdraw from the medium and short-term missile treaty unilaterally and the administration’s doubts about the extension of the Treaty on the reduction of strategic offensive weapons in addition to Washington’s plans to deploy elements Its missile shield in cosmic space.

Putin offered to hold a new meeting with Trump in Paris on November 11, adding that he considered it useful to “continue direct dialogue” between the two sides, especially on the sidelines of international events to be held soon in Paris in reference to the celebrations to be held in the French capital next month on the occasion of The centennial of the end of the First World War.

Bolton said: “The dialogue between Moscow and Washington will be useful despite differences between us”.

US President national security adviser, John Bolton, did not rule out the possibility of Russian President Vladimir Putin’s visit to Washington next year to meet with President Trump and Trump’s visit to Moscow.

“We hope that the discussion will be discussed in Paris and there will be a possibility of a comprehensive summit in Washington next year at the beginning”, Bolton told Russian Interfax news agency.

“Then President Trump’s return visit to Moscow will take place.

The same year, but the two presidents have to discuss it”.

Bolton’s visit to Russia came after the US president announced that his country would withdraw from the Moscow-Washington treaty on medium- and short-range nuclear missiles, claiming that Russia and China were violating them, a charge Moscow has repeatedly denied.