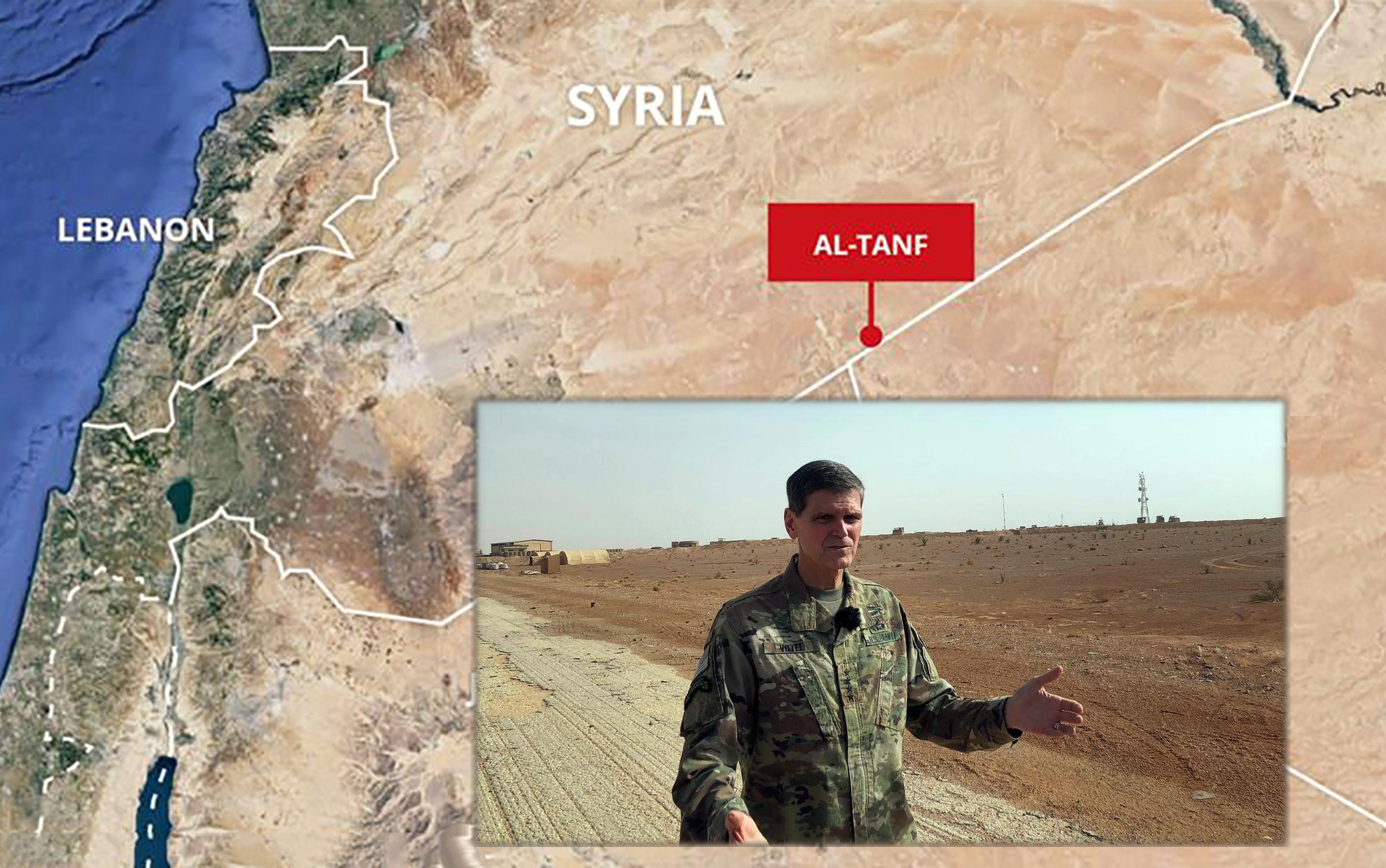 The US military operations chief in the Middle East, General Joseph Votel, arrived yesterday at the Al Tanf base in southeast Syria, in an undeclared visit accompanied by a group of journalists, the first time the US base opened its doors to the media.

The Associated Press reported in a report that the Pentagon asked journalists who visited the base not to cover the event until Votel leaves the area for what they described as security reasons.

“We have a daunting task to defeat ISIS, but I acknowledge that our presence and development of our partners and relations here have an indirect impact on some of the malicious activities that Iran and its agents are trying to pursue”, General Votel said.

He Pointed out at the same time that the task of the alliance in the Al Tanf did not turn into a campaign against Iran.

The US general, who spent about six hours at the base, referred to “the role of the coalition forces in creating the conditions for a political settlement in Syria”, adding that the US presence in Syria is a tool of pressure in the hands of American diplomats.

Votel warned of the drop in the current situation, pointing out that the mission of Al Tanf base is to put pressure on the extremists fleeing the fighting in the Euphrates Valley and prevent them from using the region to reorganize their ranks.

The Associated Press pointed out that Al Tanf base located on a road linking the positions of the Iranian-backed forces in Syria to southern Lebanon and the borders of Israel, noting that the Pentagon may use to reduce the Iranian presence in Syria.

The news agency estimated the number of “international coalition” soldiers at the base to be between 200 and 300, most of them Americans, and they train the guerrilla group “Maghawir Al Thawrah”, which includes about 300 armed men.