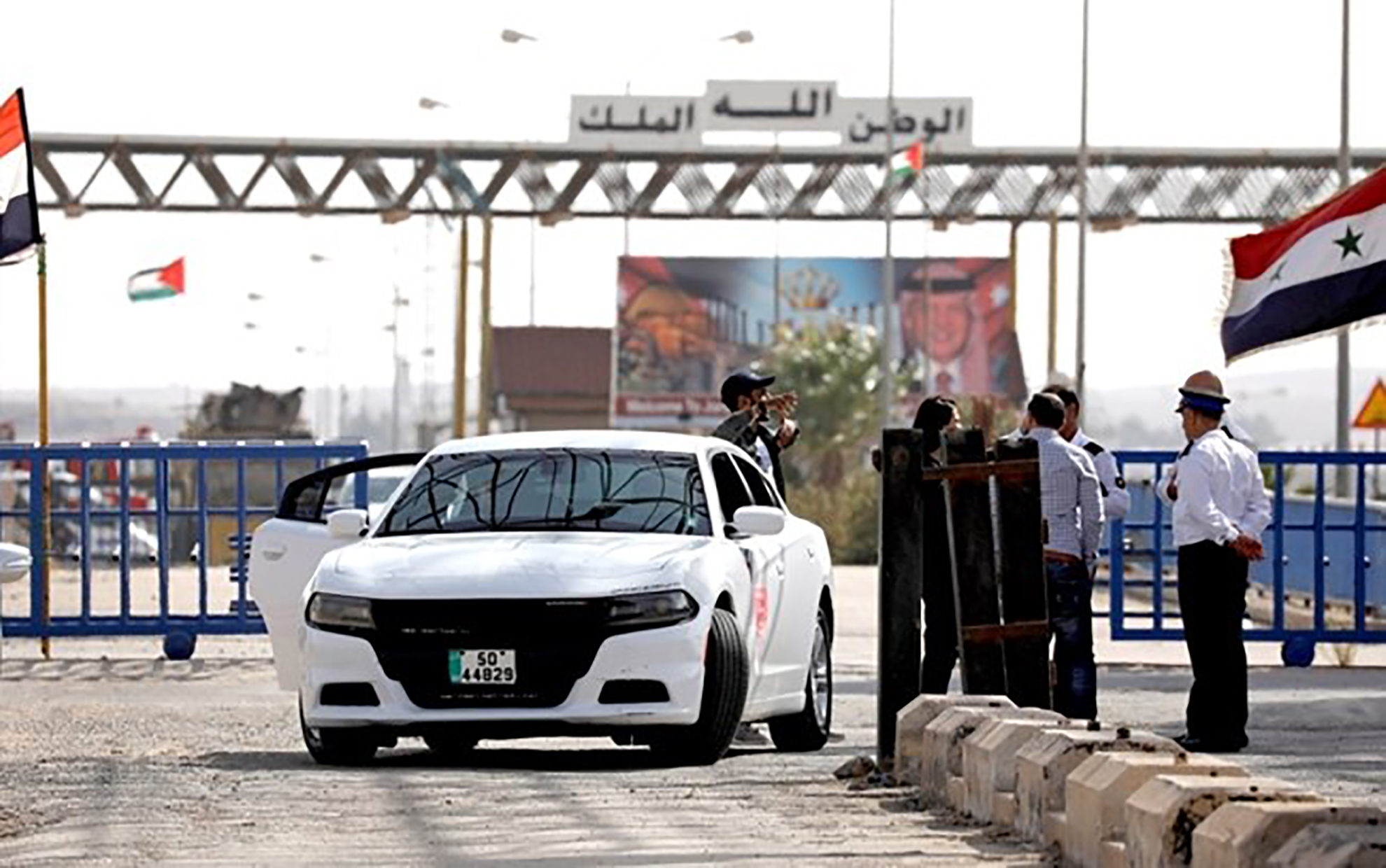 The Nasib/Jaber border crossing, which is the main border crossing between Syria and Jordan that was closed for nearly three years, opened Monday morning, AFP said.

The black border gate was opened in the morning from the Jordanian side of the border, with more than ten security, police and customs personnel standing near the gate.

No Jordanian officials attended the opening ceremony, while a number of Jordanian cars lined up in line to enter the Syrian side.

“The border crossing between Jordan and Syria will be opened on Monday”, state minister for government affairs Jumana Ghoneimat said in a statement on Sunday evening.

She explained that “the Jordanian-Syrian technical committees agreed on the final measures necessary to reopen the border crossing between the two countries during a meeting held Sunday at the Jaber border center”.

According to the agreement, which was obtained by Agence France Presse, a copy of “the resumption of land transport of passengers and goods between the two countries daily from 8 am to 4 pm local time?

The Syrian side asked the Jordanian side to send a representative before them to participate in the inspection (technical inspection) because there is no X ray machine at the Syrian side of Nasib border crossing.

The agreement pointed to the possibility of leaving the citizens of both countries to Syria, but made clear in the coming to Jordan that the next person (from Syria) needs prior security approval, and in case of transit needs to make a valid residence or visa for the country to which he intends to travel.

Where a source in the Jordanian Interior Ministry revealed that the authority responsible for issuing security approvals for Syrians wishing to travel to Jordan through the Jaber / Nasib crossing is the Jordanian embassy in Damascus.

The duration of the security approvals has not been determined, and according to the source’s signal it will take its normal course as soon as possible.

For drivers of freight and public vehicles, they will only be subjected to border procedures.

The closure of the Jaber crossing in April 2015 was a major blow to the Jordanian economy.

Trade between Syria and Jordan in 2010 reached about $ 615 million, before it gradually receded due to the 2011 war.

The crossing was closed in 2015, a few months after the closure of the old customs crossing, which was controlled by opposition fighters in October 2014.

In July, the Syrian army managed to control the Nasib crossing and the entire Syrian border with Jordan.

The border with Syria prior to the war was an important artery for Jordan’s economy.

It exported Jordanian goods to Turkey, Lebanon and Europe and imported Syrian goods from these countries, as well as tourist exchanges between the two countries.

Damascus hopes to re-activate this strategic corridor and stimulate trade with Jordan and the Gulf countries, given the economic benefits.

Jordan hosts about 650,000 Syrian refugees registered with the United Nations, while Amman estimates that the number of those who have come to Jordan by 1.3 million since the crisis in Syria in 2011.