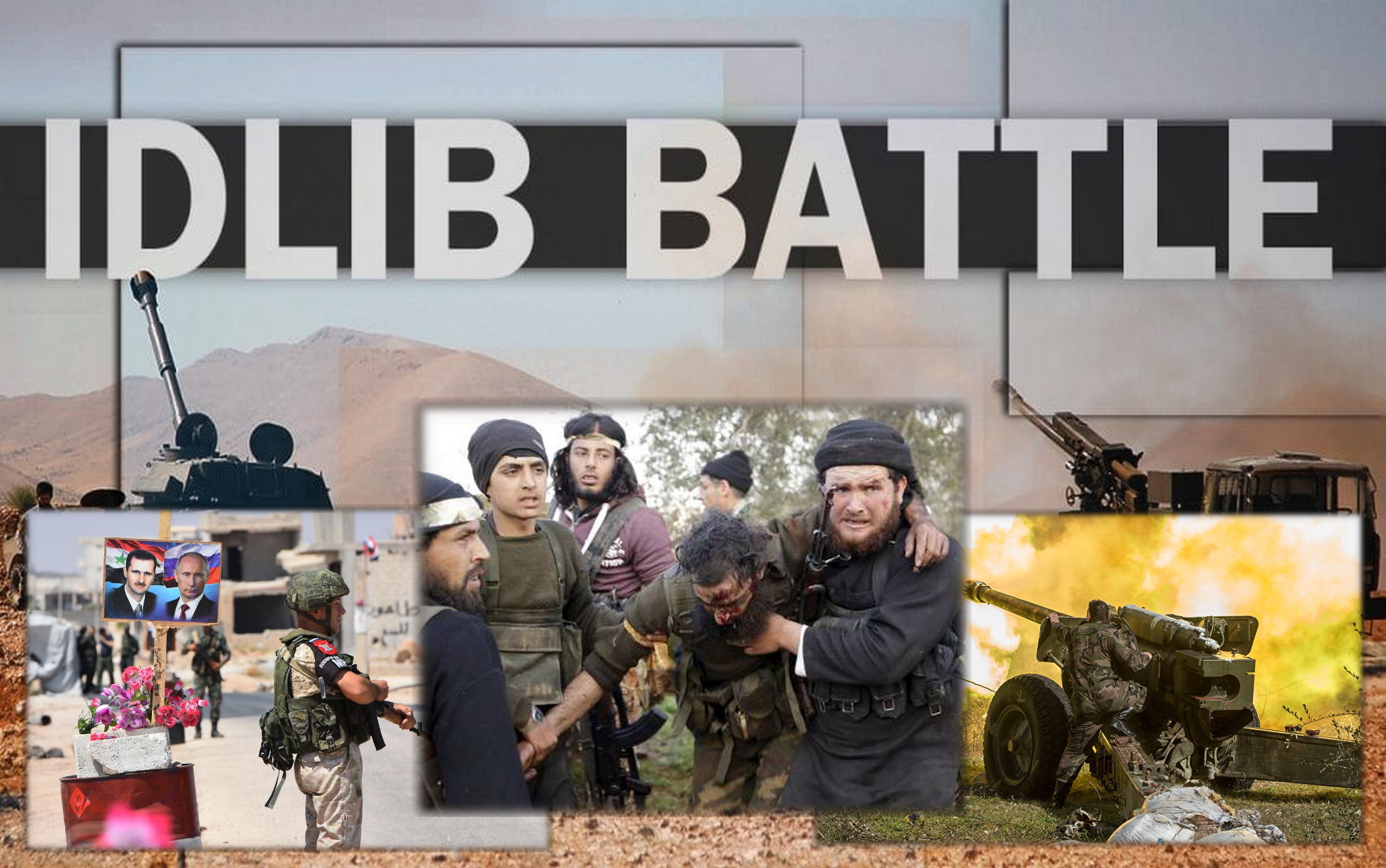 The Syrian north is leading the scene not only locally but also regionally and internationally, where a marathonic meetings are held between the Russian and Turkish foreign and defense ministers, and strongly present at all meetings Turkish intelligence chief Hakan Vidan.

In a meeting with the four ministers, Russian President Vladimir Putin praised Russian-Turkish cooperation, as well as cooperation with Iran, the United States, European countries and the United Nations, through which concrete progress was made in working towards a settlement of the Syrian crisis.

In conjunction with these meetings, a joint US-French-British statement was issued, in which Troika expressed concern over the reports of an imminent military attack on Idlib, stressing their intention to act directly when possible and illegal use of chemical weapons.

The contents of this statement were the focus of a telephone conversation between US Secretary of State Pompeo, his Russian counterpart Sergey Lavrov, and the most important interlocutor to meet Geneva between Russian Security Council President Nikolai Patrushev and US National Security Adviser John Bolton, with a major escalation towards Damascus by Bolton, who preceded the Geneva meeting by knocking drums The war on Syria, following a meeting with Israeli Prime Minister Benjamin Netanyahu.

The Russian response, which was made by the head of the International Affairs Committee of the Council of the Russian Federation, Konstantin Kosachev, said that provocative action in Syria would undermine the global security system and legal institutions.

Russian Deputy Foreign Minister Rybakov said that the West is looking for new pretexts to raise the question of changing the government in Syria, and Russia is ready for that scenario.

On the other hand, the Russian paper presented to Turkey regarding the work on neutralizing civilians and working to activate the terminology and isolate the terrorist groups from the other factions was met by a letter from the leader of the Sham Liberation Organization Abu Muhammad Al Julani.

He confirmed the organization’s readiness to repel the expected attack on the Syrian army, Civil society (intellectuals, traders, dignitaries and dignitaries).

In the same context, the statement of the National Liberation Front confirmed that in preparation for the upcoming battle has arrested a large number of people seeking reconciliation with the Syrian state.

Media and platforms on social networking sites based on Damascus and its allies have recently focused on military preparations and rallies.

This great momentum in the meetings is nothing but a political movement that goes hand in hand with the special war that has already started on the ground.

This is a war that uses the media tools, the intelligence force, the power of rumors, the diversion of the information you want and the goal is to paralyze the enemy’s ability to think and initiate.

High and more like the movements of the striker in football when his foot with rapid movements aimed at dispersing the defender and beyond.

And this is what we see now on the ground: large military movements with contradictory statements from allies with many rumors spreading among people.

The axis of Syria and its allies against the axis of Western Turkish aggression began a special war, a war either ends by a comprehensive agreement or a comprehensive military battle, in both cases will be the end of the war on Syria.