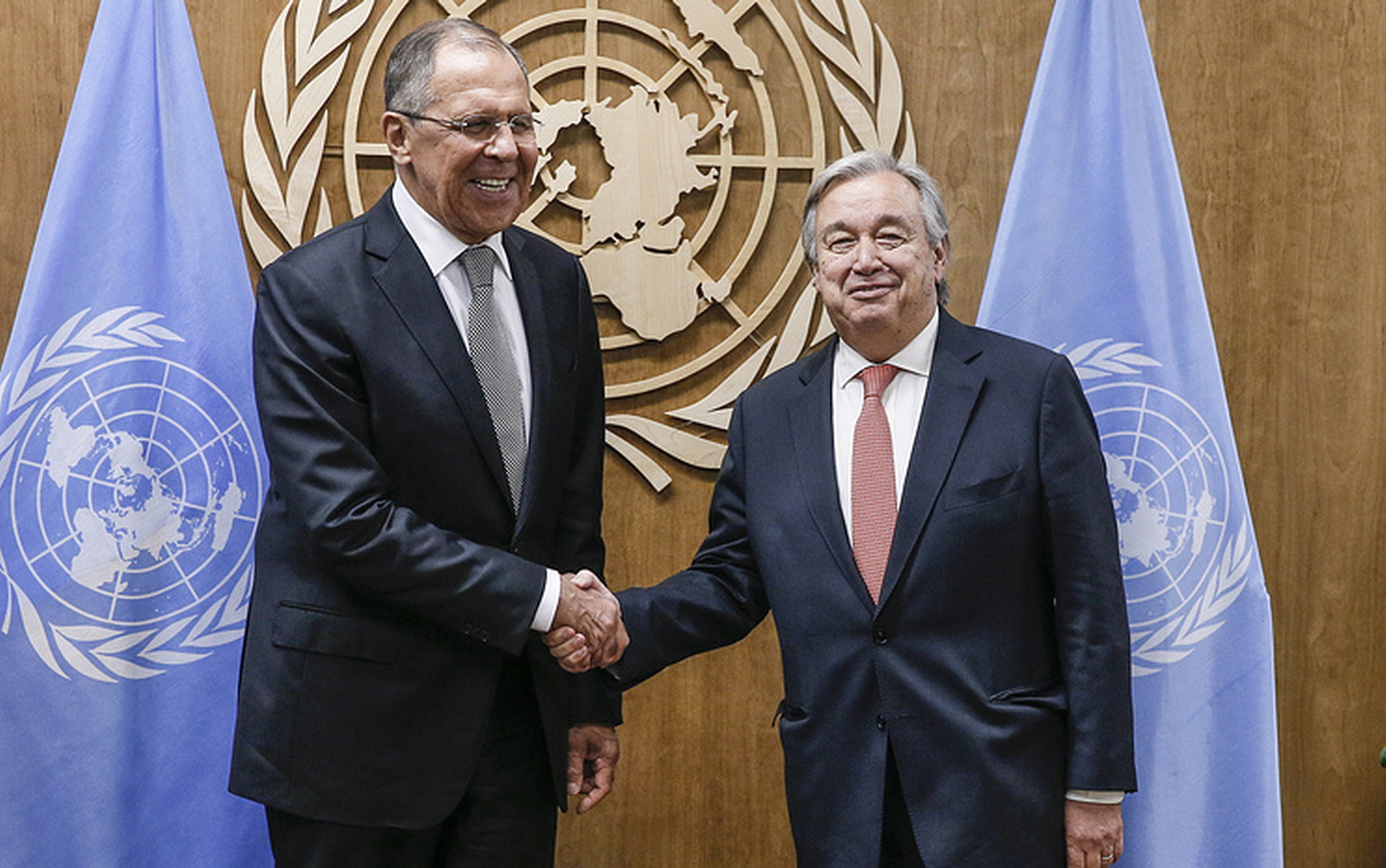 Receiving the Lebanese Minister of Foreign Affairs and Immigrants, Jubran Bassil, his Russian counterpart, Sergey Lavrov, has again lifted the veil on the actual functioning of the United Nations.

According to the Charter, the purpose of the Organization is to peacefully settle differences between nations.

However, since July 2012, the real power is no longer held by the Secretary General, but by his “number 2”: the Director of Political Affairs, Jeffrey Feltman.

Out of control, he uses the UN’s means to maintain the war throughout the “expanded Middle East”.

Sergey Lavrov revealed that, concerned about the lack of Unesco’s involvement in Palmyra’s restorations despite its commitments, he had finally discovered that this UN agency had been banned by Feltman from fulfilling its mission.

It turns out that in October 2017, Jeffrey Feltman issued a secret directive to all agencies and departments of the Organization prohibiting them from participating in any action that could help lift the Syrian economy.

The Security Council has not been informed of this initiative.

Former US ambassador to Beirut, then Hillary Clinton’s deputy for the wider Middle East, Jeffrey Feltman had already written, when he took office in New York in July 2012, a plan for total and unconditional surrender of the Syrian Arab Republic.

On this basis, he foiled all peace negotiations, led by Kofi Annan, Lakhdar Al Ebrahimy or Stefan de Mistura.

Lavrov said he informed the new UN Secretary-General, António Guterres, and asked him to clarify the situation.

This is the first time that Russia has publicly questioned the real authority of the UN Secretary-General over his own services.

Interviewed by the Tass Agency at the New York headquarters, Organization spokesperson Stephane Dujarric said that for the moment, the UN was concentrating on finding a “political solution” in Syria.

At the same press briefing in Moscow with his Lebanese counterpart, Sergey Lavrov also revealed that the attacks on the liberated areas of southern Syria are carried out by fighters based in the Rukban refugee camp.

Moreover, the camp is protected by US forces from the illegal Al Tanf base (Jordanian border) and is inaccessible to international observers.