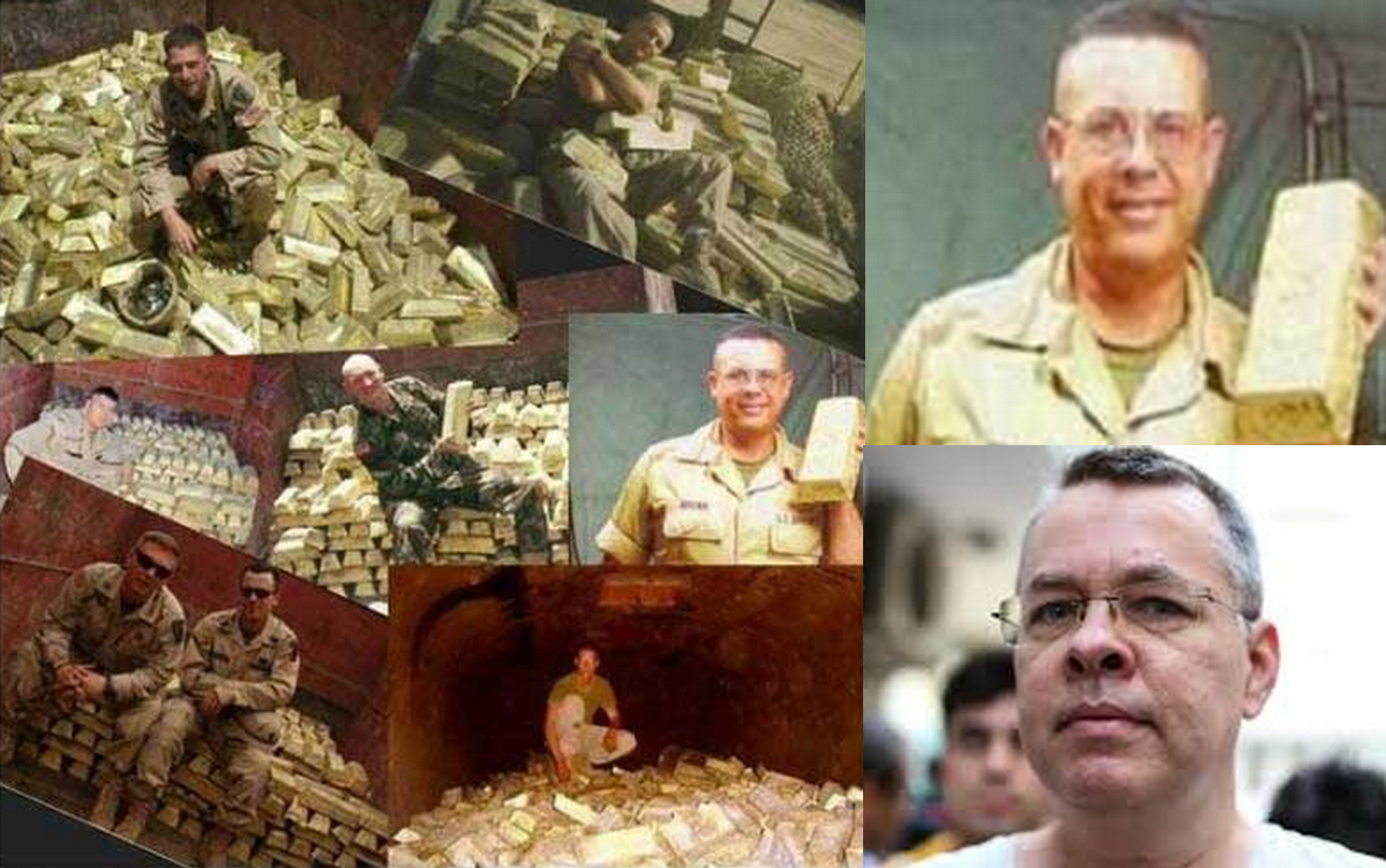 US Reverend Andrew Brunson who is detained in Turkey participated in the invasion of Iraq.

An old picture of US Reverend Andrew Brunson, who is detained in Turkey, carried a gold alloy during the US invasion of Iraq to a debate about the secrets of this character, which Washington insists on liberating.

Who is Andrew Brunson, the American reverend of the dispute between Ankara and Washington?

According to Iraqi Al Sumaria News reports dating back to 2004-2010 that the reverend, who is 50 years old, was a Marine who entered with the US special forces to Baghdad, and men assigned to them special missions in Iraq, including control of funds and gold and content The palaces of the late President Saddam Hussein and the monuments.

The site of Al Sumaria News says that Washington seems to fear disclosure of these secrets, and perhaps the Turkish intelligence obtained this information, what will be the matter of the US administration, which escalates threats to Turkey hysterically.

The website reports leaks that US special forces planted in Turkey tried to assassinate the reverend so as not to give serious information that might harm the relationship between the Turkish and American allies, but failed.

The detention of US Rev. Andrew Brunson in Turkey in 2016, added a new dimension to the tense relations between Turkey and the United States, and turned into one of the main factors to escalate this tension.

After the failed coup attempt in July 2016, Turkey blamed Turkish cleric Fathullah Gulen, a US resident who demanded his extradition at any price, while the latter refused.

Brunson was among those arrested by Turkey for spying and helping terrorist organizations.

US President Donald Trump has threatened to impose heavy sanctions on Turkey unless it is released immediately.

As Ankara sticks to its decision, Washington has imposed sanctions that have contributed to the deterioration of the Turkish lira and burdened the Turkish economy.