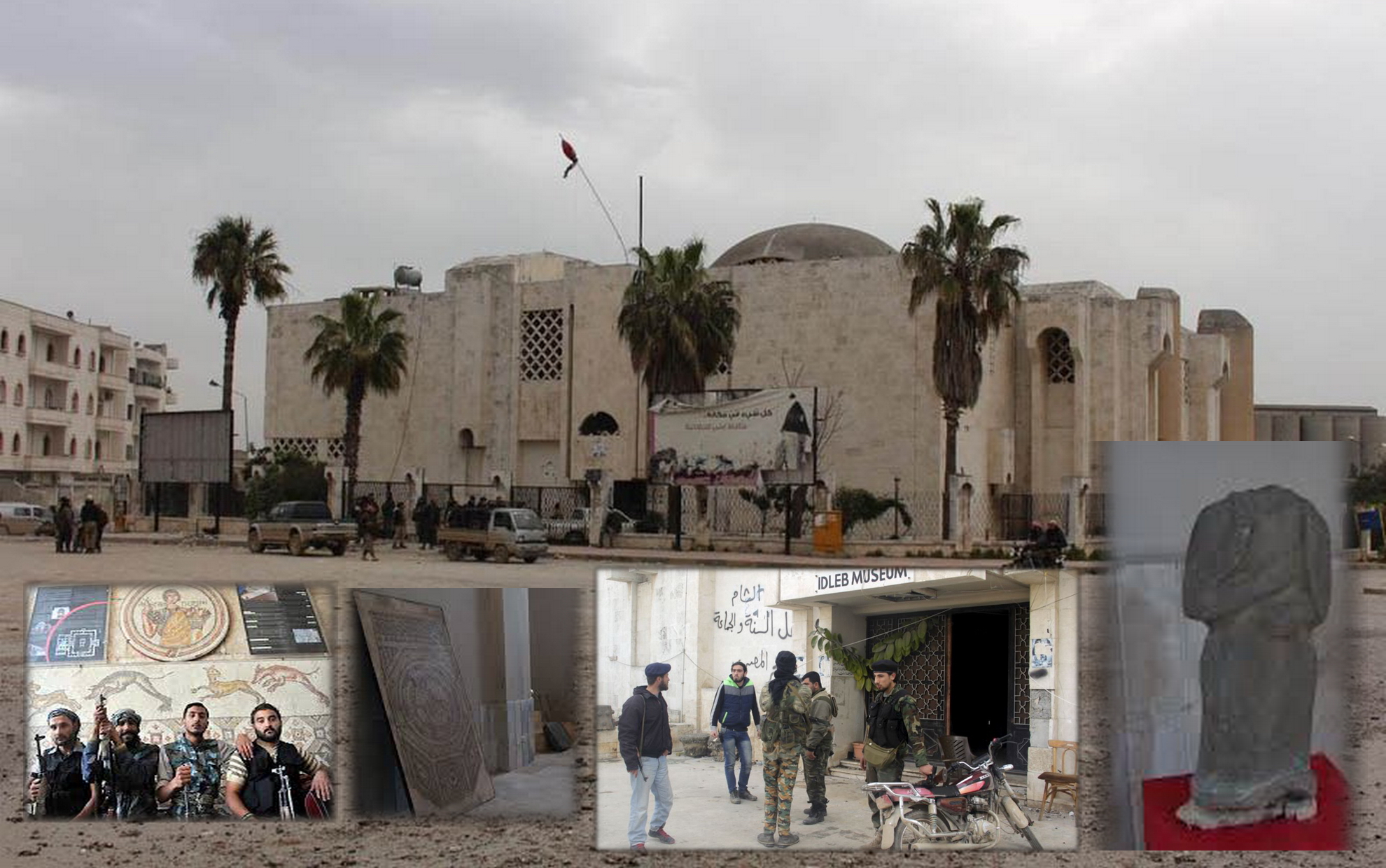 The Syrian Branch of Al Qaeda, HTS (Al Nusra Front) opened the Idlib National Museum with its remaining traces after they took control of the province.

A Syrian opposition websites claimed that “the opening was carried out after the restoration of about 70% of its structure”.

The museum is the first museum in the world that is run by a terrorist administration, where the HTS “Al Nusra Front” is listed on the list of terrorist organizations in the world.

Some media circulated pictures and videos showing the display bodies without heads displayed in the museum, as well as some information about ISIS members where digging searching for remnants under HTS fighters protection, according to the media.

The head of the former Syrian Interpol that “the theft and smuggling of about 25 thousand pieces of antiquities from Syria”, pointing out that “has been provided to Interpol and UNESCO (United Nations Educational, Scientific and Cultural Organization) lists of stolen”.

According to information on the media, “illegal excavations carried out by thieves of antiquities under the supervision of experts from foreign countries, and the protection of” urging “and” HTS “to smuggle antiquities out of the country and sell and disposal on the black market.

The assistant director general of the Directorate of Antiquities and Museums in several media statements that “in 2013 has been restored 100 important pieces of antiquities from Lebanon”, and seized the Syrian authorities competent about seven thousand pieces were prepared for smuggling outside the country.

It is worth mentioning that archaeological sites in the country have been destroyed, destroyed and stolen, including sites listed on the UNESCO World Heritage List, to be shown later in other countries sold by the militants “HTS” after the smuggling.

The Idlib Museum was opened in 1989 and is known for its antique clay tablets dating back more than 2300 years BC.