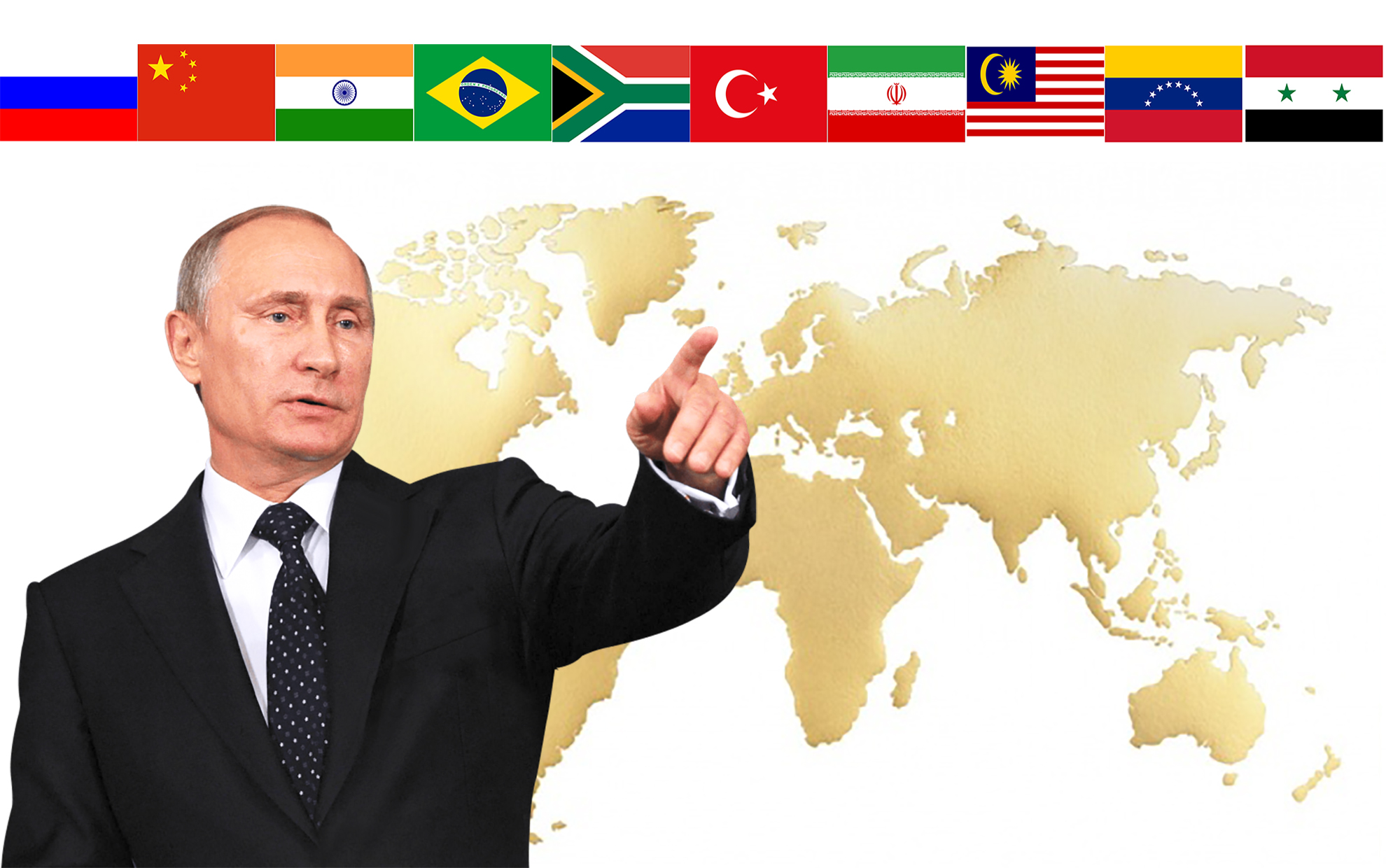 As an introduction, Russia is facing serious challenges with its allies.

Perhaps the recent crisis, which is an extension of the grim situation in diplomatic relations between Russia & the United States, with the quest, which has never stopped by the West in general to tame Russia & impose the conditions of the West on it at various levels.

Despite the results of the recent Helsinki summit between Russian President Vladimir Putin & US President Donald Trump, the United States is returning to the same old style that has been used by successive administrations to impose sanctions on any country in the world that doesn’t comply with US demands, with & by using lousy excuses to justify these sanctions.

Of course, Russia today is not Yeltsin Russia!

It is a country that is seeking to rise again to the position it must return to create some balance in the field of politics & international relations & world influence.

It is funny today that we find both Russia & Turkey in the face of the United States & its sanctions, adding Iran as well.

Without a doubt, it is a sign that only wise could absorb in order to seek lessons from.

I will not go into history & stories that are certainly known to all, but Russia today has to look at the map of the world or make a real calculation of Russia’s areas of influence & to strengthen its global position in various ways & to get out of the classic way that Russia & the Soviet Union that used to take in the past in terms of pursuing strong international position.

Today the Kremlin master must look at the map of the region & the world.

Who are the loyal allies of Russia, where are they & what is their geographical location and what roles can they do to benefit them & Russia?

I will not be pessimistic but I am trying to look at the map with some realism.

Most of Russia’s allies are in shaky or war-ridden, adding to Russia’s burdens without the Russian government having a clear picture of what to do.

At the same time, both the United States & Europe (UK) are working on what is available to tighten the diphtheria on Russia more & more.

In addition to the group are a number of countries such as Belarus, Iran, Venezuela, Syria and we can also say Turkey.

As for Belarus, it is on the brink of a revolution.

A revolution that could break out against Alexander Lukashenko’s regime at any moment & once his regime is gone or him disappeared from the picture, Belarus will move to the European camp, as was the case with all the former Soviet Union countries in Europe.

Armenia, Georgia & Azerbaijan situation is known and needless to be discussed & we must not forget the dilemma of Ukraine.

Here we reach Iran: Iran today is not stable, especially after the re-imposition of sanctions by the United States as a result of the retreat of the Trump administration from the previous nuclear agreement.

Syria is still in a state of war and its position is intertwined with all countries, including the three countries that are guarantors of the Astana agreement (Russia – Turkey – Iran) and the three countries have now been sanctioned by the United States and each has a story & reason for punishment.

The issue of sanctions against Russia, Iran & Turkey, despite the economic problems suffered by the three countries & the steady decline of the local currency of each, but despite that, there is a certainty that the three countries will pass the current crisis provided mutual cooperation & enter into a larger group.

The BRICS Group if it is supported by its current members, Russia, China, Brazil, India and South Africa, by introducing Turkey, Iran, Venezuela & even Syria at some point, Malaysia can be a great choice to join, especially after the return of its great leaders Mahathir Mohamad.

Sure is, working hard to form a full economic & political entity, the BRICS Group will be able to impose its conditions on politics & the international economy.

In conclusion, the question comes:

Can the Western World & the United States Stand in the Face of the BRICS?

The answer is no, provided the group is serious about entering more & more powerful to reach the stage of imposing conditions on everyone.

Who knows that the entry of the BRICS into the reconstruction of Syria may be a signal & show how powerful the countries of the group are in a unified entity capable of changing the map of influence in the world.