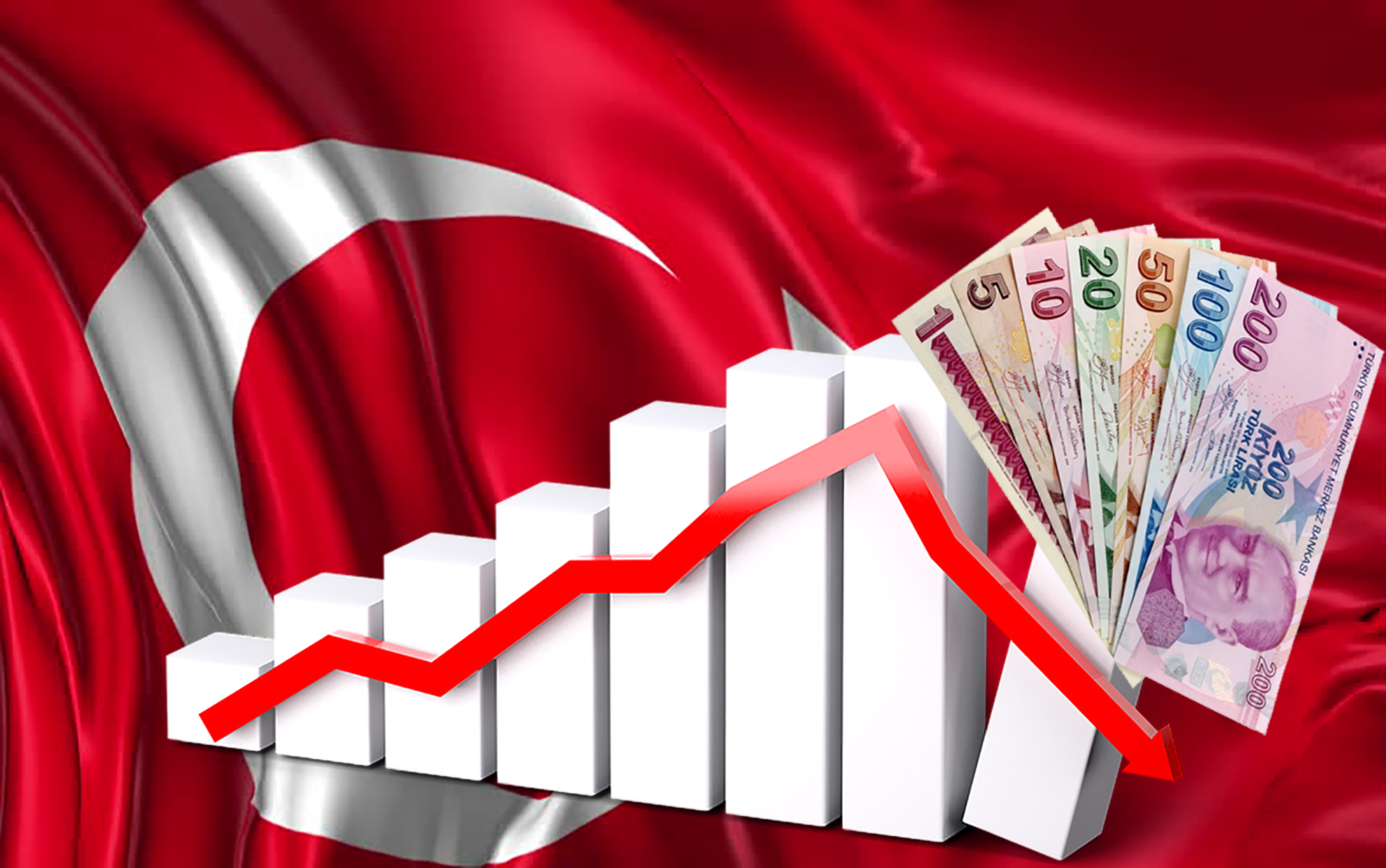 The central bank has raised its inflation forecast for 2018 to more than 13 percent, compounding pressure on the lira and raising concerns about the impact of prices on the economy.

Turkey has been recording the highest inflation in years, but the government of President Recep Tayyip Erdogan has indicated it does not want to raise interest rates to keep prices low.

Following the announcement, the Turkish lira exchange rate was 4.9 for the US dollar, recording a 0.6 per cent loss in one day.

Since January, the lira has lost more than 23 per cent of its value against the dollar.

The bank raised inflation expectations for 2019 significantly from 6.5 per cent to 9.3 per cent, while he said he hoped inflation would be 6.7 per cent in 2020.

The bank, which set an official inflation target of 5 per cent, raised expectations of food inflation for 2018 from 7 to 13 per cent.

The figures for July will be announced on Friday.

Economists say the central bank has shown that it is overly optimistic about its inflation expectations.

In a note sent to its customers, QNB Finance Bank said its latest forecast “remains below market expectations and expectations”.

The central bank ignored economists’ calls and did not raise interest rates at its last meeting.

Bank governor Murat Gitinkaya, in presenting the inflation report, said the bank had made its decisions after “careful consideration” of inflation.

He pointed to the possibility of raising interest in the future, and said that “the central bank in its quest to ensure price stability will take and continue to take the necessary steps in time”.

The bank’s outlook for growth was pessimistic, indicating that the figures of the second chapter indicate that “economic activity slowed down and began to restore balance”.

Turkey’s economy grew by 7.4 percent in the first quarter of 2018, but economists expect a slowdown in activity in successive quarters.

The bank’s failure to raise interest rates will make the pound more likely to be pressured by quick selling, adding to the strained relations between Ankara and Washington, QNB Finance Bank said.

Erdogan won a second term with an absolute majority in the June 24 election, but concerns over economic policies emerged as his brother-in-law, former energy minister Berat Albayrak, chose the Treasury and Finance Minister.

Erdogan has worried investors after promising to play a bigger role in monetary policy and keep pressure on the bank to cut rates in order to boost growth, in defiance of the independence of the central bank.

He described interest rates as “the basis of all evil”.

Economists stress that raising the interest rate is necessary in Turkey to counter the decline of the standard lira and high inflation.

Investors believe that the bank’s reluctance to raise interest rates is a reflection of the growing influence of President Recep Tayyip Erdogan on monetary policy.

He said the bank was making decisions based on inflation expectations only.

“The central bank has the independence of objectives and tools”, he said.

“We have decided to maintain tight monetary policy for a long time”.

Today, The Turkish lira hit a record low against the dollar, the CNBC said.

The network said Wednesday evening that the dollar is worth 5 Turkish liras.

This comes at a time when US media said that Washington is preparing a list of persons and entities of Turkey to impose sanctions if Ankara continues to detain the American reverent Andrew Branson.

A Turkish court on Tuesday rejected a request from Branson for his release from house arrest during his trial on charges linked to terrorism by Turkey.

Branson has been in Turkey for more than 20 years, accusing him of helping a group Ankara says is behind a coup attempt in 2016.

Branson, who denies the accusations, faces up to 35 years in prison if convicted.