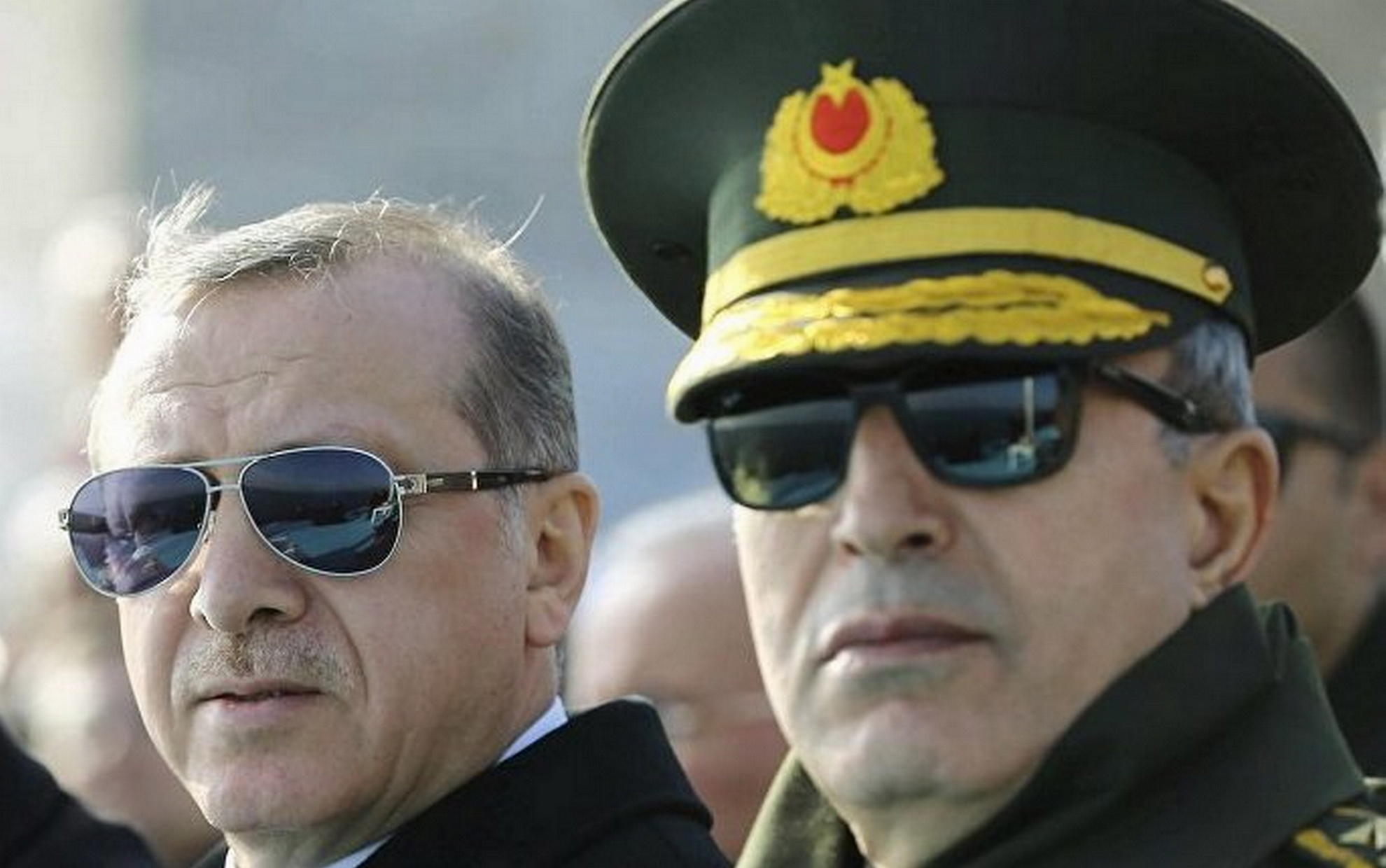 Gen. Hulusi Akar, the Turkish chief of staff and the new defense minister in the government of President Recep Tayyip Erdoğan after the recent elections, after which the political system in Turkey became an absolute presidential system in which the president enjoys full powers.

General Akar, the Turkish military commander whose name appeared after the failed coup attempt in July 2016, in which a large group of the Turkish army failed to carry out a coup to overthrow Erdoğan and his rule.

General Akar refused to join the coup process, which led to his detention in the headquarters of the Chief of Staff by The coupists and couldn’t go out until the failure of the coup attempt was confirmed.

To mark the elections held on June 24, which proved the place of the Justice and Development Party (AK Parti) and enabled the Turkish President Recep Tayyip Erdoğan to complete the rule in his hands, according to the results of the referendum last year on the constitutional amendments to change the form of government in Turkey.

After the announcement of the new Turkish government, which included General Hulusi Akar, the new Minister of Defense after he was the head of the Turkish army, and his last task was the «Olive Branch» to occupy Afrin north west of Syria, and before the operation of «shield of the Euphrates», which was able the Turkish forces with Syrian opposition forces to enter Parts of the northern province of Aleppo in both city of Al Bab and Jarablus.

In his first appearance, Turkey’s new defense minister Hulusi Akar confirmed that Turkey would pursue a «no problems» policy with its neighbors, which is reminiscent of the «Zero Problems» policy of Ahmet Davutoğlu, that Turkish President Recep Tayyip Erdoğan tried to follow when he and his party, the Justice and Development Party (AK Parti) took power in 2002.

Turkey in the era of Erdoğan aspiring to the glory of “Ottoman” led by him was unable to embody that policy «Zero Problems» with its neighbors.

Although General Akar, who was not far from military events, wished that peace would prevail in the region, the policy of the Turkish president, who has become the sole ruler of the government and the army, is dominant in Turkey, especially with regard to Syria, paying a role beyond the limits.

“We hope that the atmosphere of peace and friendship with our neighbors will prevail and we will enjoy good neighborly relations, but at the same time we will say in the future, as we have said in the past that we will not allow any harm against our rooter people in Turkey”, the Turkish media quoted the new Turkish Defense Minister General Hulusi Akar as saying.

General Akar’s priority in the coming period is to expand the scope of his army’s control over the Syrian north, especially with regard to the cities of Tal Abyad and Ain Al Arab (Kubani), while keeping the door open for future agreements with regard to Idlib, which is controlled by Turkey by key armed groups supported by Turkey, with the existence of more than 12 observation points for the Turkish army insides Idlib province under the De-escalation    zone agreement in Astana along with Russia and Iran.

Turkish President Recep Tayyip Erdoğan said in the past that, “No one can say that the Turkish forces are occupying Syrian territory, and the west presented the best examples of how occupation being done, and we’ll soon be with our brothers who have their eyes and hearts on us in the Syrian borders”.

President Erdoğan said that, the process of «Olive Branch» hasn’t ended until today, and will withdraw to the province of Idlib and the city of Manbj east of Aleppo”.

While General Akar’s “aspiring peace” with neighbors, the evidence of future Turkish wars for further expansion at the expense of the land of others is shown and obvious.