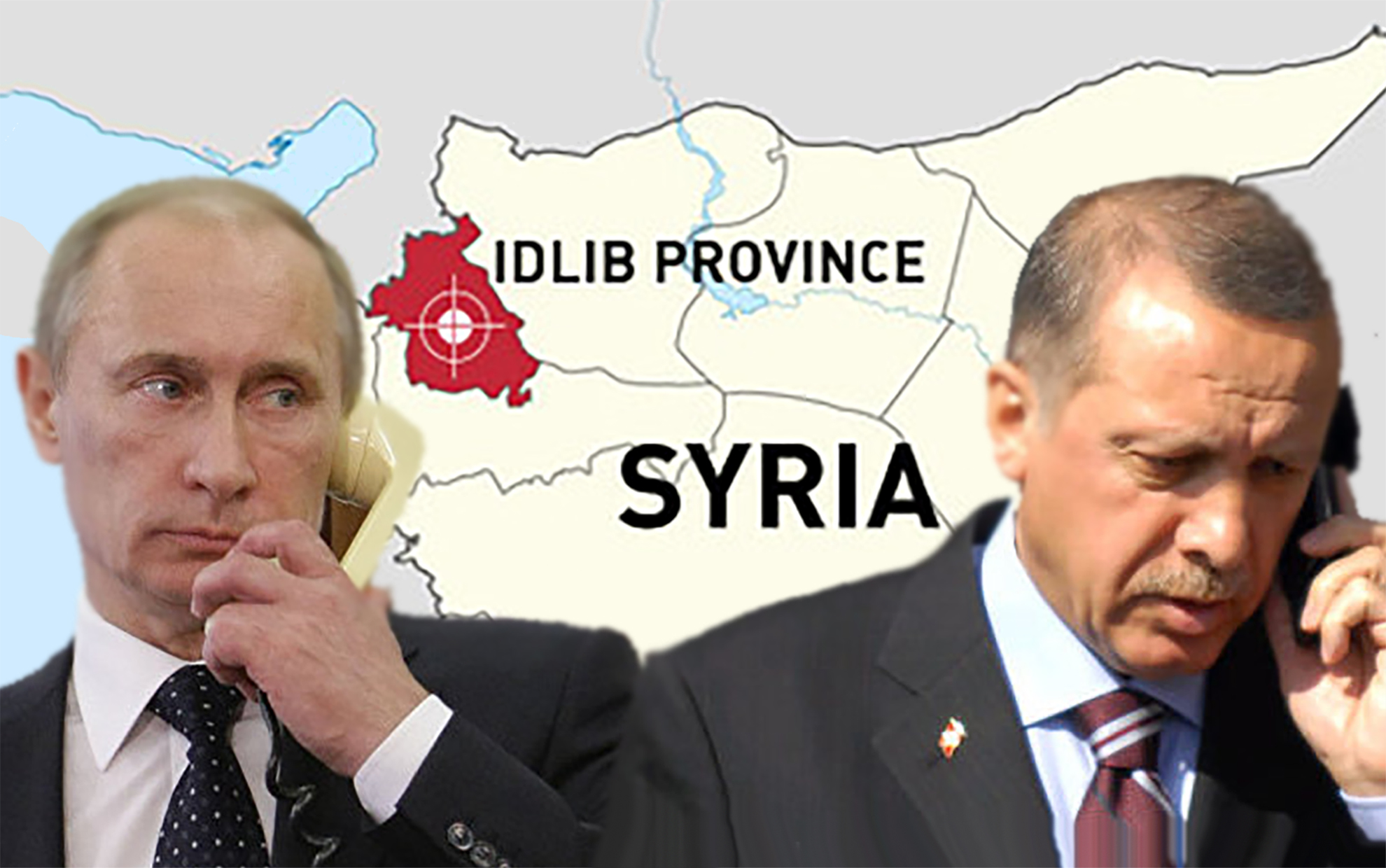 Turkish President Erdogan told Russian President Vladimir Putin by telephone that the essence of the Astana agreement could collapse if the Syrian government forces targeted the city of Idlib.

Erdogan told his Russian counterpart Vladimir Putin by telephone call on Saturday that an agreement aimed at containing the Syrian conflict could collapse if Syrian government forces targeted Idlib.

Source at the Turkish presidency said: “President Erdogan stressed that, targeting civilians in Dara’a was disturbing and said that if the government in Damascus targeted Idlib in the same way, the essence of the Astana agreement may collapse completely”.

The two sides “discussed vital issues for the international agenda and a number of regional issues, with emphasis on joint steps to resolve the crisis in Syria, in accordance with the relevant resolutions of the UN Security Council and the agreements reached within the framework of the Astana Platform”, the Kremlin said in a statement.

It’s noteworthy that Turkey was for years turned its territory into a headquarters and a center for many armed groups from the Syrian position along with terrorist organizations such as HTS (Al Nusra Front) and ISIS, providing them various kinds of support, and purchased Syrian oil stolen from ISIS.

A few days ago, a senior military source told the Russian new agency Sputnik that the Syrian leadership had decided to liberate the entire Syrian territory from terrorism.

Idlib is considered the key to ending the eight-year war.

In addition, tribal and local leaders in the Syrian province of Idlib initiated contact with the Russian Reconciliation Center in Syria to hand over their territories and arrange settlements with the Syrian government as soon as possible when they government forces approach the province in scene similar to what is happening in Dara’a.

This information from Idlib predicted a popular uprising against the militants, and a large reception of the government army when they knock the doors of Idlib province.