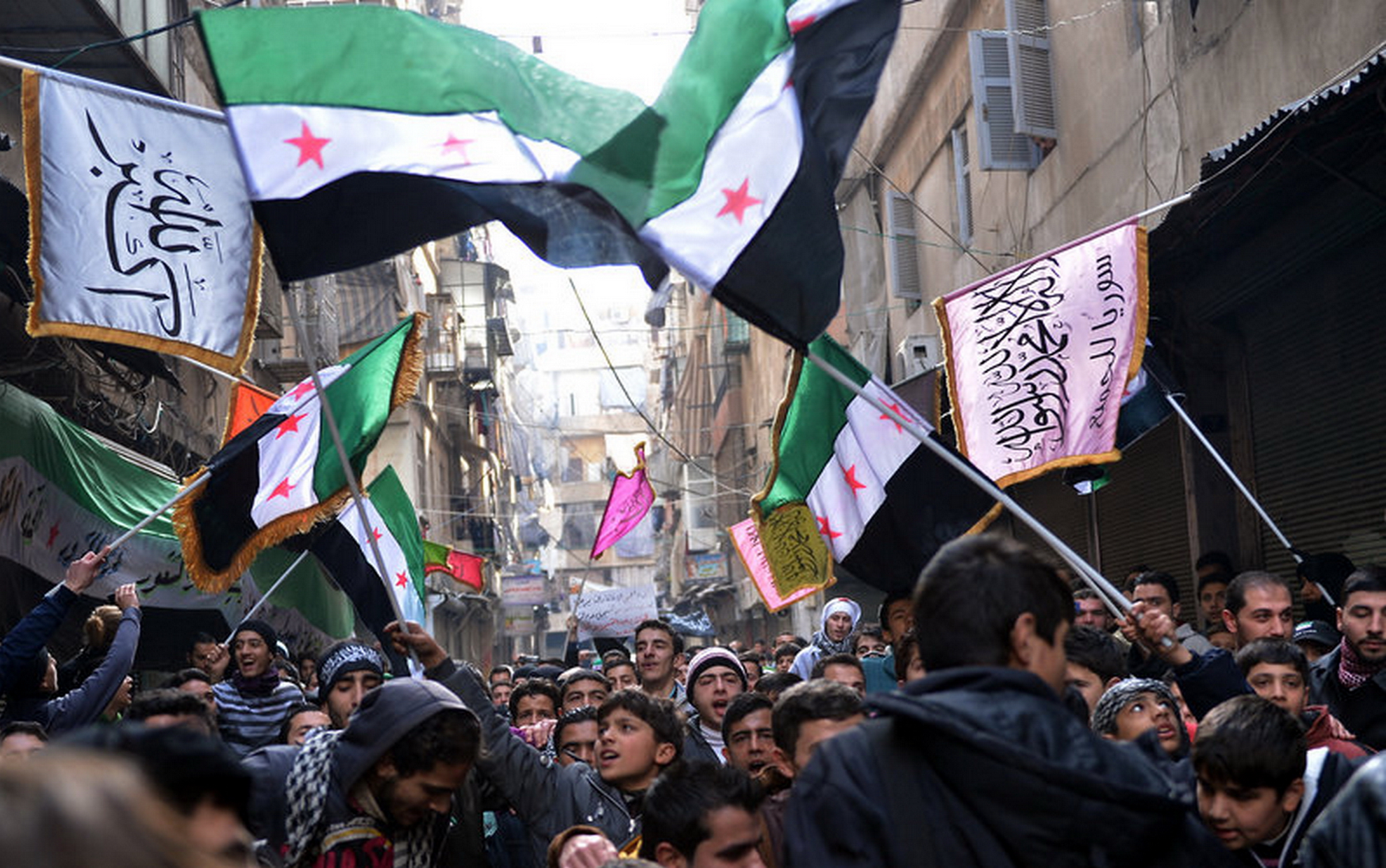 As more as the war in Syria reaching its end, the more files of thefts and corruption of the leaders of military opposition the Syrian civil and are appearing in turn to show a frightening size that may be one of the most important reasons of what happened to the wing of the opposition.

It’s the battle of information that reveals the boundaries of the field.

Here, no one listens to the noise of some of the thieves’ voices, because the voice of battle is higher, and one aspect of this battle is the secrets of those armed groups that have wreaked havoc and destruction throughout the country.

There was another surplus bank of private information, lined up to reveal the property of the leaders of the armed groups in Daraa, while the people of the region are full of poverty and hunger.

The information provided from the people in southern Syria.

With the flames of the clash that rules the south, the information that being revealed from the people there about the amount and the property of the armed groups leaders, some of whom are now members of the negotiating committee, which is trying to adjust the negotiations to the extent of their gains, not to end the war of the Syrian conflict.

In this story, among those leaders, Bashar Al-Zu’bi, who is considered the commander of the Yarmouk Brigade and a member of the delegation of the opposition armed forces, is in talks with Astana, which is his story, since his time in Abu Dhabi.

He had a lost transport company, then came to Jordan and entered Daraa.

With one of his famous actions that he done when he handed over the a dissident colonel in the Syrian army, Col. Farah Ahmad Al Naama, who was killed on November 20th 2013 in the province of Daraa, after Bashar Al-Zu’bi handed him over to the Al Nusra Front to empty the road, and then formed the so-called Yarmouk Army, allied with Nasr Hariri the head of the Syrian opposition talks delegation and became an affiliate and works for him.

Ironically, he tried to escape to Bulgaria after revealing his relationship with the Bulgarian intelligence, which granted him a visa through a person named Mohammed Al Barmawi, who later became a partner of Bashar Al Zu’bi, where he received Al Baramawi from Zu’bi $ 400 thousand to operate it, and later Zuabi bought two houses in Turkey In the area of ​​Bashak Shahir.

The second story with Abu Osama Al Julani, whose real name is Hassan Ibrahim, has his own story.

His role began after a person called Moussa Hamidi, a former deputy of the so-called Syrian Revolutionary Front, took part in a livestock breeding project in the Turkish city of Antioch.

In Jordan, in partnership with a person named Mohammed Al Baraka, and after his arrival to lead the so-called Syrian rebel front, transferred his residence to the UAE, specifically in Abu Dhabi.

Abu Osama Al Julani and his family each summer are going back to Turkey after the Turkish authorities granted him residence.

He bought a house in Istanbul’s Avglar region and went to import and export to launder his money and money in the United Arab Emirates.

He is considered an agent of the UAE and receives his faction’s salaries from, and the last amount of support he received was in the middle of last month, amounting to $ 300,000 and 300 million dollars, of which 750,000 were sent to Syria between Daraa and Quneitra, and the remainder transferred to relatives in Turkey to operate there.

Abu Osama Al Julani’s assistant named Qassim Najm, and after he helped Qassim Najm, he wanted to get rid of him by hitting him in the Muk Room, where he was incited by the intelligence officers to turn on the Julani. Najm received a sum of one and a half million dollars from him and Abu Osama because of his presence in the United Arab Emirates, but he manipulated Abu Osama and accused him of a gang that robbed his house and took the money.

The American and Jordanian intelligence services then opened an investigation useless.

Most importantly, Qassem Najm is considered the second most important figure to Israel where he met them in the Golan more than once.

All his wounded have received “treatment” inside the occupied Golan.

They receive aid on a monthly basis from Israel.

Negotiations for Daraa and Quneitra live in Jordan, he and his family enjoy high welfare, and sent most of the money raised to his cousin resident in the Netherlands to be operated there.

The leader of the Al-Mu’taz Bellah brigade, Abu Omar Zaghlul, who is in the village of Taybeh, near the Jordanian border, bought land and houses in Bahoran and in public, including in the western countryside of the towns of Glenn and Al Ashari And Ajami to the Al Shajrah and the Golan.

This is a part and few samples of the leaders of the so-called armed groups, while the residents prevent them even the aid that is entered and stored in the warehouses of their group and then sell to people at high prices, while this is the case of the leaders of the armed groups where they with their family live a very luxurious lives and this indicates the state of continuous exploitation of Before the countries and some figures of the poor and civilians in these towns and this is not only in the south of Syria, with the Stories of the Armed group that been in Eastern Ghouta, Aleppo an Idlib still open and being revealed.