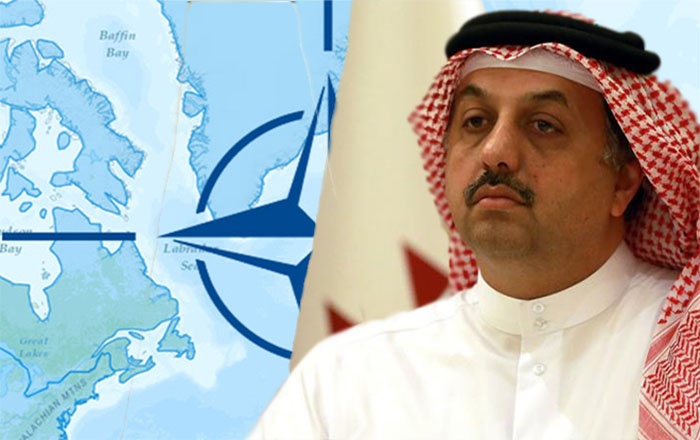 Qatar, a small country in the Gulf, which has great wealth and has been besieged by its neighbors for a year, is now looking to be a member of NATO!

On the occasion of the anniversary of the crisis between Doha and four Arab countries, the minister said that the State of Qatar has become one of the most important countries in the region in the quality of armaments.

He added that Qatar aspires to full membership in the North Atlantic Treaty Organization «NATO», and continued «We in the State of Qatar we have real and real cooperation with NATO is evolving day by day», and may lead to Qatar’s hosting of one of NATO units or one of its specialized centers.

«Membership, we are a major ally outside NATO and aspiration exists for full membership if NATO’s partnerships develop».

«Our vision in this regard is clear and NATO really appreciates Qatar’s contribution to the fight against terrorism and combating it’s financing and pays tribute to its positive role in maintaining the security and stability of the region.

For his part, a NATO official ruled out the possibility of Qatar joining the military alliance, stressing that it is limited to the United States and Europe, after the Qatari minister announced that his country aspires to join the alliance in the long term.

The NATO official told AFP that Article 10 of the Washington document allows only European countries to join the 29-nation alliance.

»Qatar is an important and old partner of the alliance”, he said.