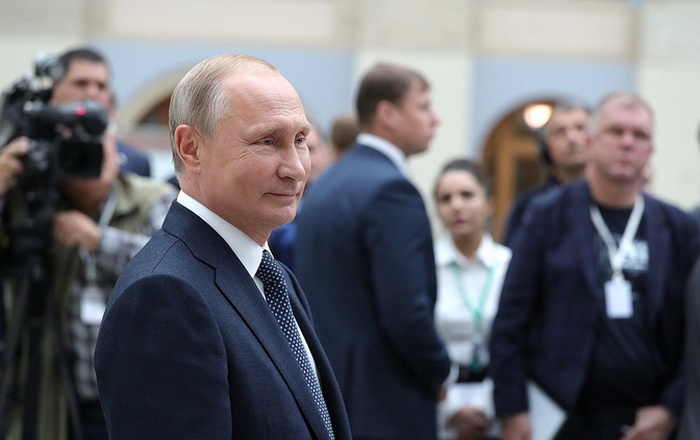 Russian President Vladimir Putin on Thursday said his country shares important and friendly relations with the people of Kurdistan, adding that all deals between Moscow and Erbil are legitimate.

Putin noted that all Russian plans and projects in Kurdistan are legitimate, emphasizing that such relations do not intend to create conflicts but aim at developing ties with Iraq and all its components, including the Kurdistan Region.

“We are aware of their [Kurdish people] struggle to achieve their legitimate rights.

We see and understand what is going on in Iraq.

We saw the referendum results; we saw its consequences”, Putin told Kurdistan 24.

“Our plans do not drag us into disputes or conflicts.

On the contrary, we have good expectations for [the plans] to develop our relations with Iraq and Kurdistan”, he stated.

Ties between Erbil and Moscow have strengthened over the past few years, notably after the Kurdistan Regional Government (KRG) signed an agreement with Russia’s state oil company Rosneft in October 2017.