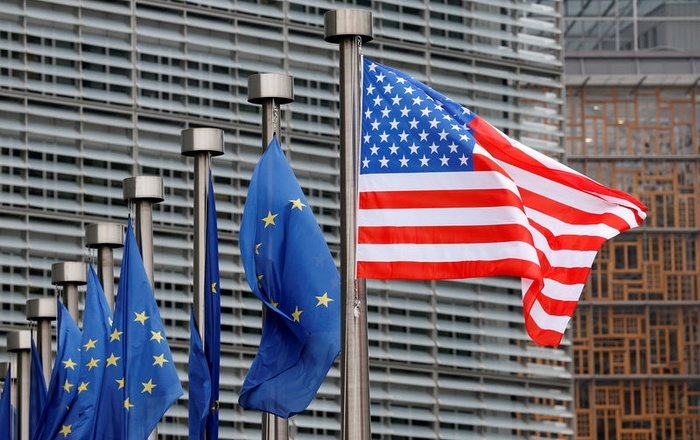 With continuing crises and disagreements at various levels between the US administration and the European Union, which are linked to economic and political differences culminating in the crisis over the Iranian nuclear agreement, the imposition of sanctions by the United States on any European parties or companies cooperating with Iran, not to mention the common differences that are linked to the common economic relations Between the European Union and the United States.

US President Donald Trump plans to impose high tariffs on steel and aluminum imports from Europe starting on Friday after weeks of negotiations failed to reach a settlement, the Wall Street Journal reported Wednesday.

Trade officials from Washington and Brussels have been negotiating for solutions such as import quotas to persuade Trump to extend the European Union’s exemption from duties of 25 percent on steel and 10 percent on aluminum.

But the Wall Street Journal quoted people familiar with the case as saying a last-minute deal was unlikely.

The announcement of the levied fees could be issued Thursday.

Trump imposed the cartoons in March to counter the problem of increased market supply of these metals, although the move was aimed at China but also harmed US allies.

Washington has exempted Canada and Mexico from tariff increases as negotiations to renew the North American Free Trade Agreement (NAFTA) continue, while South Korea agrees to a quota system instead of tariff increases.

The EU has vowed to reciprocate US actions by charging for US goods such as Harley Davidson bikes, jeans and whiskey.

The dispute over steel and aluminum is one of many Trump’s trade encounters that have hit both his partners and opponents.

Trump’s move from the threat to the pursuit of compromises and vice versa in a moment of confusion in the capitals of the world.

Trump is pushing for a 25 percent charge on Chinese goods worth $ 50 billion, although he said last week that the row was «frozen» and a 25 percent discount on imported cars was expected to push the EU to a severe backlash.