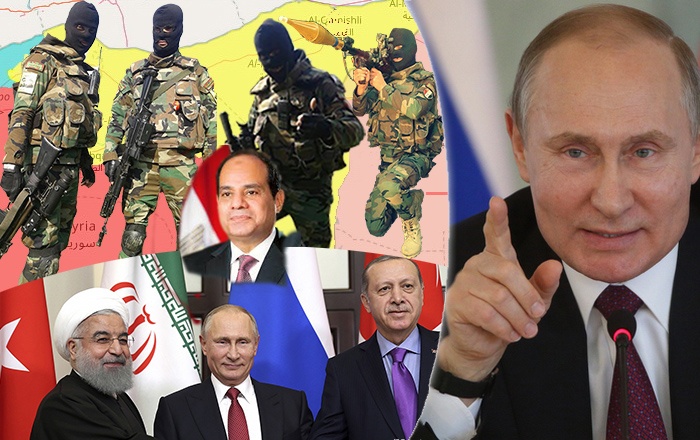 What is seems to be the Mother of battles are being prepared to set the end of the US plans in Syria.

Information that are leaking about a special operations Commandos forces in Syria, whom been trained by Russians in Syria are mobilized for a major military surprise offensive.

According to recourses, there are a preparations for a major battle which will take place in Raqqa and northern Syria, in areas of the US backed Syrian Democratic Forces, in unprecedented blitzkrieg style, which will take the area by a storm, aimed liberate the area from US proxies which are largely consisted Anti Turkey Kurdish armed groups.

A British writer specializing in the Syrian affairs Charles Leicester said that after the completion of the battle in the capital and northern Homs, the role of «Kurdish separatists» will come, pointing out that, Turkey and Iran agree to face their Israeli-backed separatist ambitions, and where Iran knows that Israel will be the biggest beneficiary of the oil-rich assets of eastern parts of Deir Al Zour, according to a Kurdish-Israeli agreement, Czech researcher specializing in Middle East Teresa Spintsirova, The crisis in Syria is now in its final chapter, and the representatives of the armed opposition are «packing up their bags».

It’s interesting to note that leaks from Russian press quoted according to a reliable source of the existence of a mediation from several parties made by the desire of the dissident former Syrian Prime Minister Riad Hijab, requesting return to Damascus, which was rejected by the Syrian government.

Thus, a Norwegian journalist quoted a credible source in the Russian Foreign Ministry that the political and field witnesses in Syria led to two important surprises in the short period to come.

First, a visit by a senior Egyptian official to the Syrian capital — The second is an unprecedented Russian surprise for Syrian President Bashar Al Assad and a preparation for a surprise visit by the Egyptian president to Syria, which will announce a major Egyptian role to be played by Egypt to end the war in Syria in cooperation with the Syrian and Russian governments.