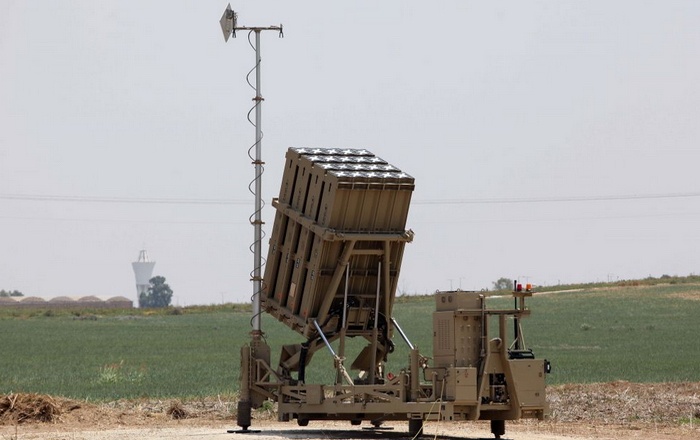 The new Israeli strike against what is seemingly an Iranian military bases and facilities in Syria.

With rockets fired from inside the occupied territories on the Syrian territory, confronted by the Syrian air defenses intercepted large number of the Israeli rockets.

A military source said, that the Israeli missiles hit the Syrian capital Damascus and its countryside areas of rural Quneitra province, targeting Syrian military positions, however the Syrian air defenses prevented most of the missiles from reaching their targets by shot them down and destroying dozens of these rockets, while some were able to target number of air defense battalions, radar and ammunition depots.

The source added that the Syrian army fired more than 50 rockets from inside Syria at Israeli sites in the occupied Golan hights, while the Lebanese army announced that four Israeli planes violated Lebanese airspace in line with the aggression.

The Israeli media revealed that the Israeli intelligence failed to obtain advance information on the attack from Syria on the occupied Golan heights, pointed out that the IDF is on high alert at the southern region, fear of entry into the Gaza Strip on the front line while the Israeli authorities issued instructions to equip and open shelters in the Golan Heights, Tiberias and the Kiryat Shmona settlement in Galilee, in the north.

According to the Israeli army, Israel notified Russia before the strikes carried out today on several targets in Syria.

The IDF accused Iranian General Qassem Soleimani of being the one who led the missile strike on its bases in the occupied Golan, noting that Tel Aviv is not seeking for military escalation with Iran in Syria.