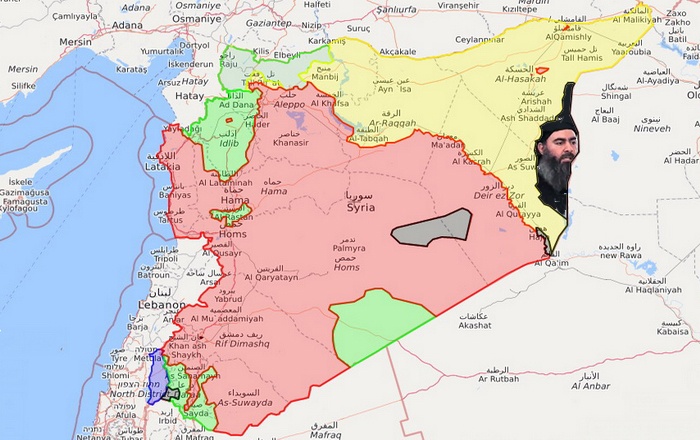 The leader of the known as the Islamic State «ISIS», Abu Bakr Al Baghdadi, is still alive and he’s in Syrian areas near the border with Iraq, according to Iraqi security official.

The latest information that Iraqi intelligence have reached to information indicates that Abu Bakr Al Baghdadi is moving through the left areas that are still under the control of Islamic State at the Syrian-Iraqi borders.

The Iraqi intelligence got new information about the location of Baghdadi just a few days ago.

Meanwhile the US backed SDF has lunched new operation against ISIS and took control the town of Hajin one the Euphrates river south to Deir Ezzor, at time where the Iraqi forces launched operations against ISIS at the Iraqi-Syrian borders with massive air strikes from the Iraqi air force in coordination with the Syrian government through the joint war room that includes officers from Iraq, Syria, Russia and Iran, in the Iraqi capital Baghdad.