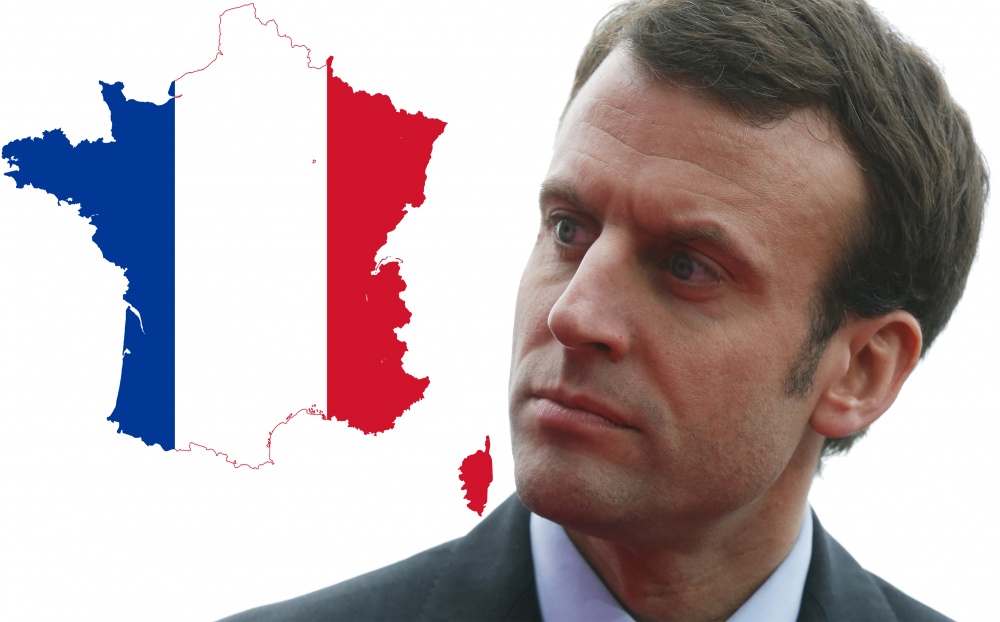 One year after since, his arrival to the Élysée, French president Emmanuel Macron is supported by a section of the French for his work and determination to pass reforms, but he finds it difficult to change the image which his critics have branded him as «president for the wealthy elite» in the country.

France, the country where social protests are marred by public strikes, Macron, who was elected on May 7, 2017 on the basis of a tough reform program, remains steadfast in opinion polls.

French polls ratings range of his approval is getting 40 to 45 percent, more than the popularity of his predecessor, François Hollande, in the same period of his term as Nicolas Sarkozy, who took office between 2007 and 2012.

The young president however, is moving in all directions dividing the French.

And the «If there was a point that could gather the French to begin with, based on the works of the president», says Jean-Daniel Levy of the Harris Interactive Institute.

«What is divided around him is… his work».

In the deep sense, the president’s image has not evolved since his election by 64 percent of the votes, in an exceptional context with the presence of the far-right candidate Marine Le Pen who faced him in the second round of presidential elections.

On the positive side, Macron is «active, bold and firm» in his desire to change France and abide by what he has promised.

According to an opinion poll conducted by the IELP Institute of Studies and the consulting office of «Eveston», 69 percent of the French see him as a «reformist» president.

While a quarter of respondents said Macron suggested that they wanted to «change, dynamic and firm», and his efforts are effective.

On the negative side, he is seen as arrogant and far from the daily problems of the French, in addition to the notion that he is the «president for the wealthy elite» who favors urban and richer people at the expense of those more modest.

According to the ILAB-Weststone poll, 51% of those polled considered his policy «unfair».

Macron, who has been very active in the international scene and is sometimes regarded as the new leader of Europe, has since removed doubts about his ability to assume the presidency.

In his response to US President Donald Trump on the climate deal, and in his meeting with Russian President Vladimir Putin in Paris, Macron said:

«He has proved his presidential position quickly, an advantage that he will retain whatever happened during his presidency».

Analysts note that the natural support of Macron, who was a former minister in a socialist government, has changed a lot.

«What has changed a lot is the diminishing number of his supporters from the left.

On the other hand, there is a real increase (in the number of supporters) among voters from the right.

»He pointed to sliding to the right of center” in popularity.

Some of Macron’s reforms, such as reforming the labor law or railway, reassured a right-wing section of his ability to act.

But at the same time, he has kept him away from a whole group of left-wing voters who see him as too liberal.

About 40 percent of the French say they are «waiting to see» the outcome of his policy, in an atmosphere of mistrust of politicians.

«A year later, Emmanuel Macron has no victories», the head of the Ileban Institute, Bernard Sananis, told Le Zico.

«The positive atmosphere that followed the presidential elections is gradually declining.

»The French are well aware that the economic situation is generally better, but they do not mention a significant improvement for them at the moment”.
«This impression exists especially in the popular circles», he said.

According to analysts, the French president is benefiting especially from the absence of a credible alternative following a presidential election that toppled traditional left and right parties.

«We have a president who is not very popular.

However this little popularity which Macron has is enormous if it compared to the popularity of its rivals».