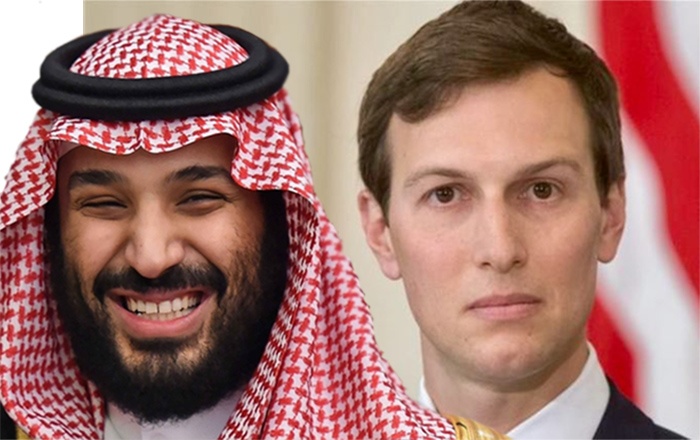 The reality of everything that is occurring currently is a natural conclusion when a group of children are assigned to take critical positions which are affecting lives and fate of people and nations in their entirety.

Trump’s Administration are full of bizarre things, with its scandals still occupy the forefront of the world’s news, and apart from talking about President Trump’s scandals and his style of management, we see people around him are doing things that are actually bigger than their real size.

The book of Michael Wolff «Fire and Fury» was the best proof of the magnitude of the problem that United States is facing with its current administration and its cabinet members, and my words do not necessarily mean that former candidate Hillary Clinton was to run things better than Trump if she succeeded to enter the White House.

Recently a leaked document revealed with the issuance of demands to investigate the scandals of leaking confidential information, as some American reports revealed the relationship between the Trump’s adviser and his son-in-law, Jared Kushner, and the reckless Saudi Crown Prince Mohammed bin Salman.

The US media is talking about a document on a leaked message, including six US Democratic Party members, demanding opening of an official investigation about a possibility of Jared Kushner being secretly passing classified information to the Saudi Crown Prince.

The senators explained in their letter to the FBI office that he should know whether the reports, which talk about the leak of Kushner dangerous and confidential information to Prince Mohammed bin Salman,

«The integrity of classified information, within the purview of the FBI, is that the president has the power to declassify and publish information, but his advisers do not have such authority, so we demand an immediate investigation», according to the six lawmakers letter.

The Saudi Crown Prince told close associates of him after meeting Kushner last year that «Kushner is in my pocket», which reports quoted by three sources from the royal family’s close circle in Saudi Arabia and the United Arab Emirates.

The sources said that the Saudi Crown Prince said that Kushner had talked to him about Saudi princes who were «not loyal» to the crown prince and Saudi King Salman.

These statements were prior to the announcement of Bin Salman on his campaign against corruption, and the detention of a number of princes and businessmen and former and current Saudi officials.

In an interview with the Washington Post, Prince Salman denied having seen or received a green light from Kushner or others on his intentions on the campaign against corruption or other Saudi domestic issues.

Our problem in the West is that we are currently suffering from a group of failed administrations and governments that manage the affairs of the world, let alone assume responsibility for running their own domestic affairs.

The United States and Britain supports rulers who are even involved in terrorism and corruption.

The young Saudi Crown Prince who hasn’t been educated in schools, being supported by the United States and in some point the West in general.

He claims to fight corruption, while In fact he’s part of it.

The stories of the Royal family in Saudi Arabia are known and needless to be discussed.

On the other hand, we find countries like the UAE which is the same as the KSA, regardless of its fictional development.

All those backward regimes that don’t respect human rights and treat their peoples like bunch of cattle get full support of our countries.

How can we defend the rights of the oppressed in the world and we cooperate with such figures and ruling regimes, just for the sack of their wealth?

Even the diplomatic crisis between Britain and Russia, in which all EU and US stood by UK side in an apparent attempt to assassinate former spy Sergey Scrippal, a spy and former Russian officer who was spying for Britain, which mean logically that he’s a traitor to his homeland.

What would the British intelligence have done if the story had been reversed?

I am not trying to defend Russia, what it did if it is true is an attack on the sovereignty of a state, but at the same time this act may be included under the defense of Russian national security, which is the same right that our government use always.

The United States for example gives itself the right to occupy countries like Iraq based on allegations that later been proved to be false, and Britain is not far from it either.

We must be fair when we talk in the West.

We live in a real crisis as a result of actions of those who run our countries, and endanger our economies and the security of the population.

We’ve Trump in US, which is a person that we cannot find the right words to describe him how low he is.

In London, 10 Downing Street, we’ve a witch without a broom with bunch of weird people running the UK.

Also there is a child who is sitting at the Elysee Palace, after one crazy guy and before him another president who will serve time in jail apparently.

Al these examples, and we still wondering how Putin is wining!