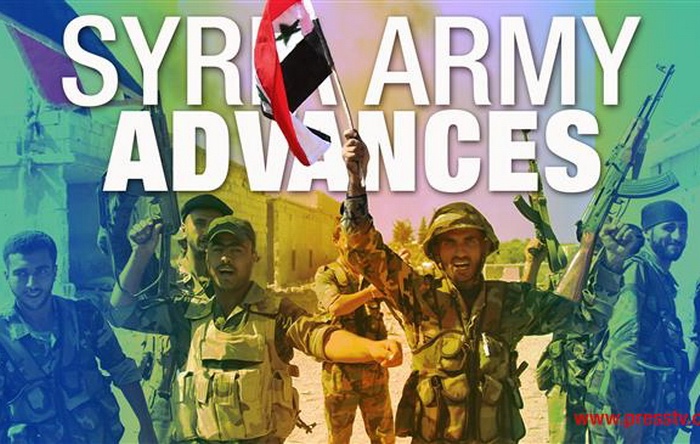 The battle in the Eastern Ghouta is on the verge of closing its chapter for good, after seven years which is the almost the same age of the entire Syrian war.

Eastern Ghouta which is the backyard of the Syrian Capital Damascus is the garden the area that used to hold the agriculture, small & medium industrial facilities, that used to supply the capital & large Area of Syria with many goods & products & used to provide thousands of working opportunities beside being the home of more than one million of Rural Damascus province population.

There is no doubt that eastern Ghouta has suffered a devastating destruction with about ten towns that holds the entire infrastructure & residential & industrial buildings.

Now the entire areas in eastern Ghouta are collapsing back to the hand of Syrian government forces, with approximately by the end of March perhaps the first ten days of April the battle in Ghouta will be over & obviously the militants will take what they call it in Syria the «Green busses» straight to Idlib.

The question now emerged about the possible direction after Ghouta.

1.Qadam neighborhood & Yarmouk camp in Damascus
The both areas are connected under the hand is ISIS, those leftovers from the so called Islamic state will be Crushed it both areas in no time right after the battle of eastern Ghouta is over.

2.Southern Syria
The location, where the conflict started & the place that is so important in order to secure the entire borders with Jordan & occupied Golan heights.
What prove this direction frankly is a couple of information related to specific events which are took place this month.

As for the meeting that took place in Jordan by the US intelligence & military alongside what they call it the coalition & the Jordanian intelligence.

There are many data tells that the US did gave up on the war with plans to drag the US interests off areas that has no profitable gain, since the strategic & military directions in that are leading to nowhere.

The entire militants in what’s left areas on their control are did actually start to count down their controlling time of that region.

They know that the war is over and they have three choices to follow, 1 to fight until the end, which will be a waist because the heavy strike of the Syrian & Russian ground & air forces will be far much to take.

They knows that, there is no chance for retaliation, which gonna took us to number 2 which is accept reconciliation & handover the area & accept settlements.

3 which is somehow related to number to which is related to the infamous «Green busses» straight to Idlib.

Information that add some credibility to this conclusion, is Israel request, that been issued last week to the UN, requesting for the UNDOF (United Nations Disengagement Observer Force) to return to their positions in Golan areas, probably as a preparation for Syrian government forces regaining the area.

Jordan on the other hand, has had enough form the Syrian war effects, which is damage them economically, security & politically wise & they want to open the border to re launch trade line & to send the Syrian refuges back home.

Still the is an area under armed group that is related to ISIS between the Israeli occupied area along side Jordanian borders.

What the world must recognize, that the entire armed groups whether they are related to ISIS or other groups, will be crushed & dismantled.

The time is over & it’s actually ticking on all of them, there is no place to go for them except Idlib.

In Russia, after the presidential election brought the Russian President Vladimir Putin, as remaining president & he reach the level of certainty, that in order to Seattle the war in Syria, measures must be taken to fasten the operation to reach for political process to end the war in Syria after, in some point reaching a common ground with all players in the Syrian field by one way or another to bring back a government control.

Don’t follow some voices here & there, those talks about conflicts between the players.

Because map & news which international media don’t wants the world to know, gives us a lot of clues that prove this theory & whether some like it or not or agree or disagree with me, I can only say that with a few months the real picture is stenciled & will make sure of some of the accuracy of my expectations or not.

Just wait & we all will see.