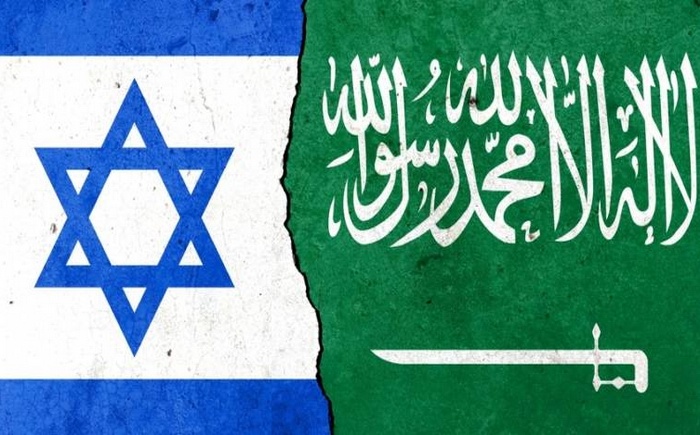 Saudi Arabia continues to spring surprises and fan the flames of conflict in the region, as though the wars in Syria, Yemen, Libya and (partially) Iraq are not enough.

After detaining Lebanese Prime Minister Saad Al-Hariri and forcing him to resign, it has begun flaunting its eagerness for an alliance with Israel more openly than ever.

On 16 November, the London-based Saudi internet newspaper Elaph published an interview with Israeli Chief of Staff GadiEizenkot in which he affirmed the Israeli government’s willingness to exchange intelligence with Saudi Arabia in order to confront Iran.

His remarks were carefully calibrated and the timing of their publication was highly significant.

It made clear that a Saudi-Israeli military alliance is in the process of being established.

Countries do not normally swap military intelligence unless it is in the cause of confronting a common enemy in times of conflict.

Confronting Iran is first and foremost in Israel’s interest.

It is the only country in the region capable of posing an existential threat to the occupation state, and has succeeded in developing a formidable missile capacity and supplying thousands of those missiles to it close allies in Syria, Lebanon, Iraq and Yemen.

Iran poses no such threat to Saudi Arabia. The recent missile strike near Riyadh launched by Iran’s Houthi allies in Yemen, and similar previous attacks, were retaliation for the Saudi-led military campaign that has been mercilessly bombarding and blockading their country for the past two years.

It certainly does not justify the Saudis making a military alliance with Israel against Iran.

Eizenkot was recently the star guest at a function hosted by the Trump administration in Washington that included the military chiefs of the US, Saudi Arabia, the UAE and Egypt.

Lebanese Chief of Staff Gen. Joseph Aoun was also supposed to attend but cancelled when he learned that Eizenkot would be participating.

The Israeli chief of staff’s remarks make clear that if there is to be another war on Lebanon it will be mounted jointly by Israel and Saudi Arabia with the participation of some other ‘moderate’ Arab states, whose rulers have concluded that their interests and Israel’s have come to converge.

This followed a fatwa issues by the cleric in which he declared it impermissible to take up arms against Israel, supported the idea of cooperation with Israel against Hezbollah, and damned Hamas as a terrorist group.

By forcing Hariri to resign the Saudis intended to create a constitutional vacuum and sectarian rift in Lebanon as a prelude to an Israeli-Saudi intervention aimed at eradicating Hezbollah and curbing the growth of similar organizations elsewhere: in Yemen (the Houthi Ansarallah), Iraq (the Popular Mobilization forces) and Gaza (Hamas).

These organizations only emerged and developed because of the failure of the official armies in their countries: with few exceptions these armies turned into mere ‘décor’, collaborated in America’s wars in the region, failed to stand up to the Israeli project, and/or served mainly to protect corrupt rulers and their rotten regimes.

But they are quite happy to lure Saudi Arabia into a series of conflicts that are highly destructive to itself and the rest of the region, drain it financially, mortgage its resources for decades to come, undermine its security and stability and could even lead to its partition.