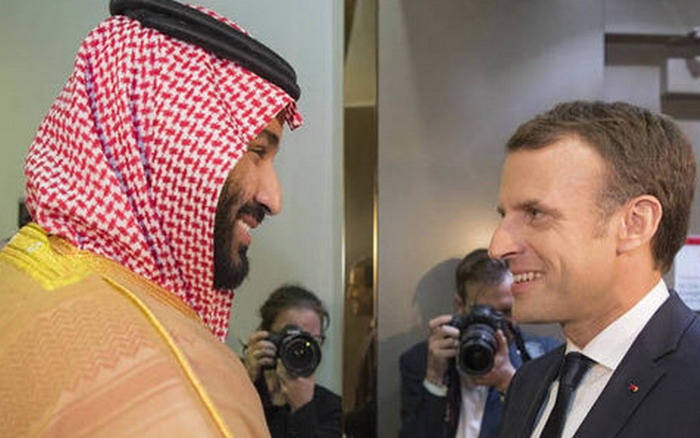 The resignation of the Sunni Prime Minister of Lebanon and his televised anti-Persian speech did not provoke the expected conflict in his country.

Worse, his perennial adversary, Shiite Sayyed Hassan Nasrallah, general secretary of Hezbollah, offered himself the luxury of speaking in Hariri’s defense, revealing that he was being held prisoner in Riyadh, and denouncing Saudi interference in Lebanese political affairs.

Within a few hours, Hariri’s religious community began to worry for their leader.

The President of the Republic, Christian Michel Aoun, spoke of «kidnapping» and refused to recognize this forced resignation unless his Prime Minister came to present it to him in person.

Although certain leaders of the Future Movement, Mr. Hariri’s party, assured that he was free and in good health, the Lebanese people as a whole stood together to demand his release.

They all understood that Saad Hariri’s brief journey to the Emirates and his few public appearances were no more than a sideshow, while his family was being held hostage at the Ritz-Carlton hotel in Riyadh with hundreds more imprisoned personalities.

At the same time, they realized that by temporarily refusing his Prime Minister’s resignation, Michel Aoun had acted as a Statesman, and had retained the only means of pressure which might eventually obtain his liberation.

France is the ex-colonial power in Lebanon, which she occupied, and basically ruled the roost, until the Second World War.

Today, France uses Lebanon both as an antenna in the Levant and as a fiscal paradise.

Lebanese personalities have been mixed up in every French politico-financial scandal of the last thirty years.

President Emmanuel Macron, acting as the protector of Lebanon, evoked the necessity of the return of the Prime Minister to his own country.

By chance, Macron’s agenda had slated him for a journey to Abu Dhabi on 9 November in order to inaugurate the Louvre, so he could not avoid taking the initiative.

But it so happens that, following in the footsteps of «Jacques Chirac the Arab», «Nicolas Sarkozy the Qatari» and «François Hollande the Saudi», President Macron had not missed the opportunity, during his electoral campaign, to express all the bad things he had to say about Doha and Riyadh.

Although he has displayed no particular sympathy for the Gulf, he was nonetheless close to the Emiratis by default.

The Elysée palace attempted to organize a stop-over by Emmanuel Macron in Riyadh to repatriate Saad Hariri. But King Salman refused to receive the little Frenchman.

From the point of view of the Gulf Cooperation Council (that is to say all the Arab States in the region), France has been a solid ally against Libya and Syria for the last seven years.

It participates militarily – either publicly or in secret – in all the dirty tricks played on these two countries, and provides the diplomatic umbrella and the appeasing speeches on which these aggressions rely.

However, although Libya is presently swamped by chaos, and Syria, against all expectations, is close to winning the war, France finds itself disorientated and inert.

The new master of the Elysée, Emmanuel Macron, knows nothing about this part of the world, and swings between recognizing the Syrian Republic one day and insulting its elected President the next.

Apart from this, Saudi Arabia and the Emirates did not appreciate the declarations of President Macron calling for a de-escalation with Qatar.

For them, considering the efforts they are now making to disengage from the jihadists, Doha’s support for terrorism is unacceptable.

The inauguration of the «Louvre Abu Dhabi» was the occasion of a fine speech about the culture which unites us – a performance which was included in the 1 billion-dollar package long agreed between the two States.

Once he had acquitted himself of this formality, President Macron asked his host, Sheikh Mohammed Ben Zayed, about what was happening in neighboring Saudi Arabia, and the fate of Saad Hariri.

Unlike the Bedouins of Saudi Arabia and Qatar, the Emiratis are a fisher people.

While for centuries the Bedouins lived exclusively in their desert, the Emiratis travelled the seas.

Because of this particularity, during the British colonization, the Emiratis were attached to the Indian Empire, depending not directly from London, but from Delhi.

Today they have invested their oil revenues by buying up sixty ports in twenty-five countries (including Marseille in France, Rotterdam in Holland, London and Southampton in the United Kingdom).

This system enables their secret services to import and export whatever they want in these countries, despite local customs controls – a service which they are adept at selling to other States.

Thanks to US sanctions against Teheran, the port of Dubai has become — de facto – the doorway to Iran, raking in incredible profits for violating the US embargo.

That is why Abu Dhabi has a vital economic interest in encouraging the Arab-Persian quarrel, even while the Emirates claim the islands of Tonbs and Abu-Musa, which, in their eyes, are «occupied» by Iran.

It is no secret that Sheikh Mohammed Ben Zayed has a powerful influence over Saudi Crown Prince Mohammed Ben Salman («MBS») – and so the former phoned the latter in front of President Macron in order to organize a meeting.

So the Frenchman (39) made a stop-over in Riyadh on his way home. He was welcomed at the airport by «MBS» (32) and shared a meal with him there.

In the night of 4 — 5 November, «MBS» put an end to the collegiate government of the Saud dynasty and cemented the personal power of his father, King Salman.

To do so, he ordered the arrest or assassination of all the leaders of other clans of the royal family as well as the preachers and imams who were loyal to them, a total of approximately 2,400 personalities.

Contrary to what he believed, the French President had come for nothing.

He did not bring the Lebanese Prime Minister back with him, and in fact did not even meet him.

Even worse, «MBS» accompanied him back to his plane, declaring that he was aware of the President’s heavy Parisian responsibilities.

The insult to Emmanuel Macron was so crude it is hard to fathom — the French President was not received by his counterpart, the King of Saudi Arabia, even though, over the last few days, King Salman has been meeting with any number of second-rate personalities.

This form of boorishness, characteristic of the manners of Arab diplomacy, should not be charged uniquely to «MBS», but also to Sheikh Mohammed Ben Zayed, who knew perfectly well what he was doing when he sent the young Frenchman off to be humiliated in Riyadh.

Conclusion – by not adapting immediately to the about-face by Saudi Arabia after Donald Trump’s anti-terrorist speech last May, and by keeping two projects active at the same time, France has banned itself from the region.

The Emirates appreciate the Louvre and the corvettes of the French Navy, but they no longer take the French seriously.

The Saudis remember the way that candidate Macron spoke against them during his campaign, and also how he spoke in favor of Qatar, the current godfather of the Muslim Brotherhood.

They made him understand that he was not to interfere in the problems of the Gulf, nor the succession of the Saudi throne, even less in the quarrel with Iran, and especially not the conflicts concerning Lebanon.

France has become a stranger in the Middle East.