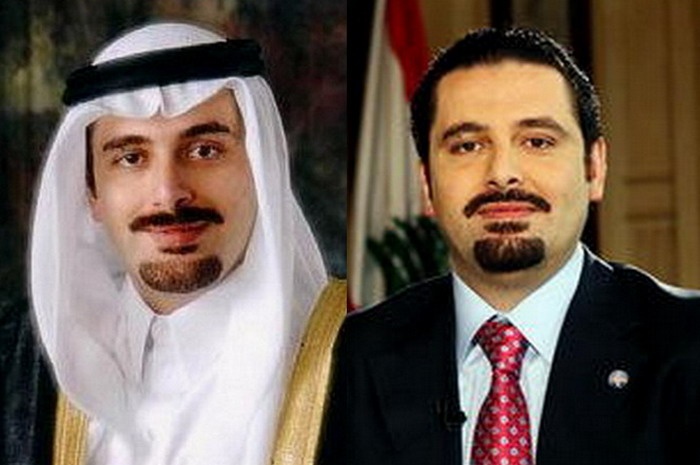 Which side will prevail when (and if) Riyadh’s captive finally returns to Beirut?

The big predicament that has always faced Saad al-Hariri – who is hopefully due to be released soon from two weeks of apparent captivity in Saudi Arabia — is his dual identity.

His father and predecessor as prime minister of Lebanon suffered from the same problem.

He is both Saudi and Lebanese, and with rare exceptions the Saudi side usually takes precedence.

All the more so under the current Saudi regime.

Saudi Arabia’s de facto ruler, Crown Prince Muhammad Bin-Salman, does not much care for the Hariri’s and views them as clients of the late King Fahd’s branch of the royal family.

That branch has been thoroughly purged and excluded from power. One of its principal figures, Abdul-Aziz Bin-Fahd — who at one stage was just a step away from succeeding his father to the throne – is now under house arrest in one of his palaces.

The ascendancy of Muhammad Bin-Salman spelled trouble for Hariri’s business interests in Saudi Arabia, leaving his massive Saudi Oger conglomerate on the verge of bankruptcy.

He took everyone by surprise when, after a prolonged absence, he returned to Beirut and last year struck a deal with Hezbollah and (former) General Michel Aoun. This unlocked Lebanon’s protracted political and presidential impasse, enabling Aoun to become president and Hariri to regain the premiership.

Most Lebanese appreciated this initiative and praised Hariri’s sense of national responsibility and his willingness to make compromises with political adversaries.

They supported him because he gave his Lebanese side precedence over his Saudi side.

But this was not the case two weeks ago, when he instantly heeded an urgent summons to come to Riyadh and be lured into a trap: to the shock of almost everyone, he announced his resignation from there.

Since then, the question of if, when and how Hariri will return to Lebanon has been the most hotly debated item on both the news and social media in Lebanon and the Arab world, as it became increasingly obvious to most observers that he was acting under duress.

After a flurry of diplomatic contacts aimed at ascertaining the circumstances of his continued presence in Riyadh, Aoun finally went public: he accused Saudi Arabia of detaining Hariri and described that as a hostile act against Lebanon.

France eventually succeeded in persuading the Saudis that this bizarre situation was unsustainable and securing their agreement to allow Hariri and his family to pay a ‘friendly visit’ to Paris, from where he would proceed to Beirut.

He is expected in the French capital imminently.

But the deal was hard won: it was apparently only struck after the French threatened to take the matter to the UN Security Council.

It could yet unravel.

Nevertheless, given all the speculation and disinformation that has circulated during Hariri’s absence, his return in itself is no longer as important as it was.

More important is what he says after he returns.

What new alliances will he form, what new priorities will he adopt, and how hard will he seek to push them?

Will he insist on his resignation – and on skippering Lebanon’s government — or find a face-saving way of retracting it?

More generally, which of his sides will he let prevail: The Saudi or the Lebanese?

If Hariri returns to Lebanon giving his Lebanese side precedence over his Saudi side, which is doubtful, he will turn himself into a hero in the eyes of most Lebanese.

If, however, he was to return with an ambiguous identity in which the Saudi side takes precedence, it would be better for him to remain where he is.

For in that case, his return would lead to the implementation of a project that could end up detonating Lebanon, undermining its stability and drowning it in wars that are easy to ignite but impossible to predict how or when they will end.

He now realizes that the threats he faces from Riyadh to his life, fortune and political prospects are greater than any he faces in Beirut, especially if he decides to disobey his Saudi patrons.

Saudi Arabia’s current strongman has detained over 200 prominent figures, including 11 of his cousin princes, on corruption charges, and won’t hesitate to ruin Hariri financially too if he transgresses.

Nor – unless he has a sudden change of mind over Lebanon — does that strongman believe in half-measures or compromises.