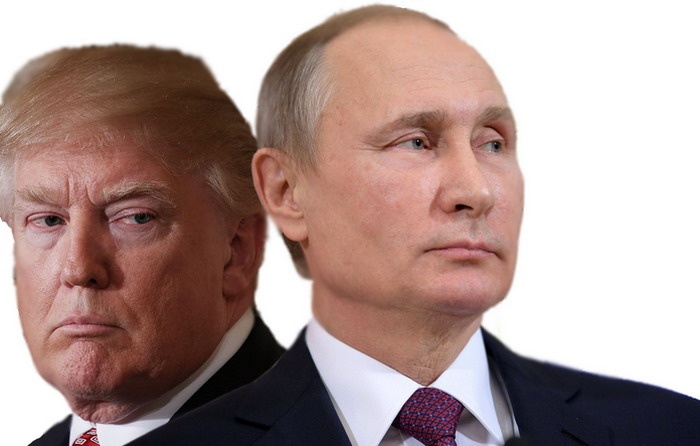 The Presidents of Russia and the United States signed a statement aimed at intensifying joint efforts to resolve the situation in Syria. However, the actions of the United States in the Middle East still raise many questions

At a summit of the Asia-Pacific Economic Cooperation (APEC) held in Vietnam on November 11, a brief meeting between Donald Trump and Vladimir Putin took place.

Following the discussion, a joint statement was signed in which, in particular, the leaders of Russia and the United States reaffirmed their determination to defeat the international terrorist organization of Islamic State and its counterparts which they fighting in Syria.

Against the background of a marked deterioration in relations between Moscow and Washington, dictated, in particular, by the position of these countries on the situation in Syria, the signed memorandum could be called a historic, if there were no doubts about the sincerity of the signatories…

By and large, doubts arise only in the sincerity of Mr. Trump.

If the statements of his Russian colleague about the need to normalize the situation in the Syrian Republic by establishing constitutional order and holding democratic elections are almost completely confirmed by the actions of Russian troops and diplomats, then the strange manipulations of the American secret services in the Middle East are often directly contradictory to the White House’s official statements.

Data in Danang of the US president’s promise was denied by American troops almost on the same days when Trump signed the «historical memorandum».

As the Russian Ministry of Defense announced, the Americans not only refused to conduct a military operation against the columns of militants of the «Islamic State» retreating from Al-Bukemal, but also created obstacles in the work of Russian counter terrorist units.

The Pentagon has motivated its actions by the fact that the retreating «voluntarily surrender» and now, in accordance with the Geneva Convention, are prisoners of war.

When asked by the Russians why the «prisoners of war» are on the territory under the control of the international coalition with heavy weapons and on military equipment, moreover, regrouping forces, the answer has not followed…

This is not the first time that the Pentagon, under some plausible pretext, confuses «friends» and «enemies» in Syria.

The principle of «Divide and Conquer» ascribed to ancient strategists fully agrees with the policy pursued by the United States in the Middle East.

The most successful US project in recent years in this region is the «Iraqi Kurdistan».

With clever use, Kurds — 40 million people, still not having its own statehood and locally settled mainly in Turkey, Syria, Iraq and Iran — can become very effective weapons in the struggle for spheres of influence in the Middle East.

Playing the «Kurdish card», the United States intends to get quite certain benefits, at least in three directions:

Put Iran on its knees

The Kurdish factor was taken into account by Washington, first of all, in the desire to weaken the gaining power in the Islamic world for Iran.

It is here that the Americans plan to carry out the script of a small «Desert Storm», already tested in Iraq.

In September, the US-controlled «independent forces of Kurdistan» organized a referendum in which more than 72% of the autonomy’s population voted in favor of independence from Iraq.

Baghdad did not recognize the results of the referendum, promising to deal with the emboldened Kurds.

Turkey and Iran supported their neighbor — their own Kurdish enclaves have been demanding independence for a long time, and creating a precedent that can really provoke popular unrest is at least dangerous.

In turn, Donald Trump said that the US will not participate in resolving this crisis.

«For many years we had good relations with the Kurds, and we also supported Iraq, although, first and foremost, we should not have been there. Washington will not accept any of the parties, although we do not like the fact of their confrontation», the head of the White House told reporters.

Admittedly, there is some truth in these words: the US really should not have been «there» — in Iraq.

As early as the beginning of the 1990s, the US special services provoked the invasion of Iraqi troops into Kuwait, and then, already at the head of the UN Security Council, quietly took control of this country with the richest oil reserves.

The story of the «weapons of mass destruction», allegedly in search of which the troops of the international coalition led by the United States, invaded Iraq, finally finished it off.

A similar scenario is being played out today in relation to Iran. For the United States, it is vital to maximally weaken Iran and, at the same time, to retain control over Iraq.

That is why, in Washington one hand supports the referendum on the independence of Kurdistan, and the other — they vote against, supplying weapons to the opposing groups in the autonomy itself.

As a result of the Syrian events, Russia managed to achieve an unprecedented effort to unite Iran and Turkey in the fight against terrorism, two warring parties.

This union can significantly reduce the influence of the US and its allies in the region.

The referendum on the independence of Iraqi Kurdistan put Moscow in a rather delicate position.

On the one hand, the Kurds, which Russia has always supported, on the other — Turkey and Iran, for which the «Kurdish issue» is one of the biggest problems.

In such a situation, any decision of the Kremlin can have quite negative consequences for this country.

Already at the initial stage of the project «Iraqi Kurdistan» the income of American oil companies began to grow substantially.

So, in connection with the difficult internal political situation, oil production in Iraq in October fell by 90,000 barrels per day.

Almost the same volume — 80 thousand barrels per day — is forecasted in December to increase production of shale oil in the largest oil and gas producing regions of the United States.

According to the official statement of the Ministry of Energy of the country, the growth rate of oil production will continue.

As it is easy to understand, the peaceful Middle East does not fit into the strategy of the world hegemony of the United States, and they will continue their work aimed at destabilizing the situation in Syria.

In any case, until it will not be possible to ignite a prolonged armed conflict somewhere in the adjacent territories.

The events of the last days in Iraq and Lebanon are superfluous proof of this.

Apparently, people in the Kremlin understand this, and are ready to oppose Washington’s latest intrigues.

As news agencies reported on November 15, the Kurdistan authorities have already agreed with the decision of the Iraqi Federal Court that declared the declaration of independence by the region unconstitutional.

«We believe that this decision should be the basis for launching a comprehensive national dialogue between Erbil and Baghdad to resolve all disputes», the Reuters quoted the Kurdistan Regional Government.