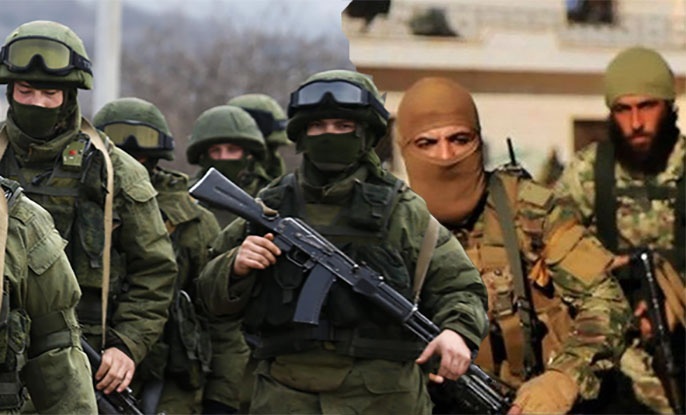 This was an advice from Germany’s first Reich Chancellor Otto von Bismarck.

Today, after a century, this advice didn’t lose its relevance.

Five major field commanders of the terrorist organization HTS «formerly known as Jabhat AL-Nusra» paid the ultimate price, which is their lives for their attack on the Russian military unite in the Syrian province of Idlib.

These days, it’s not easy for an ordinary European who doesn’t particularly understand the media content of world politics, especially, military and political conflicts that are occurring outside of his continent, in particular, understand the situation in the Middle East.

The media covering the war in Syria and in adjacent territories are in most cases used by their owners and funders for propaganda and conspiracy purposes.

Only those few media outlets that are trying to convey truthful information to the audience are, as a rule, too far from an objective assessment of what is actually happening.

Meanwhile, as evidenced by the events of recent years, the situation of the crisis in the Arab world, fueled by major world players, has a significant impact on the political and social processes in Europe.

Not so long ago, still tried to understand the situation, which is rather actively exaggerated by Western, in particular, American media says: «Russian planes bombed a De-escalation zone in the province of Idlib, (the so-called a region with no war».

This phrase actually is shocking, «a region with no war», this is a place where no one is fighting, an area where peaceful Syrian citizens live in peace — women, elderly and children.

What is it with the Russians who aren’t tired of talking about the need for a political settlement of the conflict in this troubled country, decided to substitute it so?

Rummage through the heaps of messages that were thrown on the visitor of the Internet space by numerous information and analytical agencies had several days to read and filter to compare.

With folding all the pieces of the puzzle cut in this way, the picture that emerges is the curious picture.
In mid-September, the formerly known Jabhat AL-Nusra launched an offensive on… «a region with no war» an area inside the de-escalation zone area near Hama, at the Idlib province.

There were, for obvious reasons, few military men — a group of 30 Russian policemen who were on duty at observation posts.

They also got surrounded, together with a couple of dozens of opposition fighters who refused to participate in the fighting and signed an agreement on a cease-fire.

The blockaded group was fired from artillery shells and mortars for a long time, and then they tried to capture it by hurling hundreds of soldiers under cover of armored vehicles.

Having occupied, along with the opposition fighters, a circular defense, the Russian military fought desperately — if captured by the militants known for their cruelty «AL-Nusra», nobody would envy the prisoners’ fate.

After several hours of unequal combat, the Russian Special Forces with am air support broke through the ring from the outside, in fact, saved all those who were in the boiling cauldron.

Immediately after the policemen were safe, the HTS «Jabhat AL-Nusra» militia units were «punished».

In just one day, The Russian air force and artillery destroyed 187 objects of the terrorist organization, 38 weapons depots, 15 tanks and infantry fighting vehicles, 5 mortars and more than 50 vehicles.

Only and according to official figures, as a result of the operation, about 850 militants were killed.

At this «action retaliation» the payback isn’t over yet — apparently, the Russians are very angry at «al-Nusra», and there will more.

Among the killed was and the closest assistant to the HTS leader Abu Muhammad AL-Juliani — the head of the security service of the group Ahmad AL-Ghizai.

According to several intelligence services, these figures participated in the development of the attack plan against the Russian troops in Hama, but then, they managed to delay their deaths… until their second attempt that took place in Idleb.

A secret meeting of field commanders, according to independent sources, a plan for another attack was discussed, however it was interrupted by a punctual strike by the Russian air force.

As a result of the air strike, more than 30 «AL-Nusra» militants, ammunition and explosives depots, and 6 jeeps with large-caliber weapons were also destroyed.

As the Russian general, who directed the operation, notified the interested parties, «special measures to search and destroy all those who involved in the attack on Russian servicemen in Syria are continuing», and, therefore, ALL OF THEM WILL BE FOUND AND DESTROYED…

On the possibility of just such a sad outcome, with the irony of what Otto von Bismarck, once had warned…