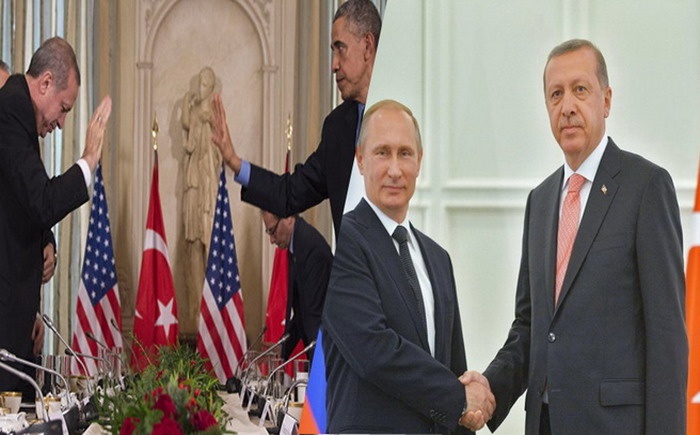 Behind the failed coup attempt and what it followed by of various bloody actions in Turkey led by followers of Fethullah Gulen, who is leading a political struggle financed by the US Department of State money.

A year ago, an attempt was made in Turkey to mount an armed insurrection aimed at overthrowing the incumbent President Recep Erdogan.

In the armed confrontation, 249 people were killed, about two thousand were injured, but the president managed to survive alongside his government.

In some experts opinions, Erdogan was hardly a victim of his own political ambitions — recently Turkey showed more and more independence from Washington, which brought the wrath of the «big brother» on them.

By harsh measures, Recep Erdogan suppressed a mutiny, carried out a thorough purge in the army and in his closest circle.

In a nationwide referendum, 51% of Turkish citizens voted for the incumbent president and amendments to the country’s legislation, which allowed him to strengthen his own positions.

As it was expected by the Turkish special security services about the actual organizer of the coup which is the politician opposition of the Turkish Islamic preacher, the old friend and ally of Erdogan, Fethullah Gulen, who apparently just following the orders of the US Department of State.

His own authorship also belongs to the cynical murder in Ankara of the Russian ambassador to Turkey, Andrei Karlov, and several bloody incidents that took the form of terrorism attacks in Istanbul and Gaziantep and in some other cities in Turkey.

Living in the US state of Pennsylvania, and the one who is Number 1 most wanted in Turkey for accusations on him of being part and the master mind behind many actions that aims to end Erdogan and his ruling party control over Turkey, which is also doesn’t particularly being done under the supervisor of the US authorities.

In fact, it’s not so difficult to understand what are the plans that aspire to be left behind by none other than the US administration, in order to disobedient Erdogan or destabilize the sociology-political situation in Turkey in general, trying the best to stop the detour of Erdogan’s government away from the American orbit, in particular the rapprochement with Russia.

«These acts of sabotage were directed not only against Turkey and the whole region, but against Russia and Syria, against Iran and other countries», said Mehmet Perincek, the Turkish historian, political scientist and professor at Istanbul University and Moscow State Institute of International Relations.

An unexpected enough change in the political course of Ankara, which decided to change its strategic partner and establish relations with Russia at a very bad time, was perceived by Washington as a threat to its national interests.

As the events that were followed, a traditional «response measures» for the United States didn’t wait — according to an independent sources, only in the past year, nearly 500 people, including women, old people and children, were victims of the bloody actions of «Gulen Movement».

Apparently, attempts by some methods to bring back Turkey to its «yard» will continue, and, hence, there will be new victims.

«We must not forget that Turkey was always an important pawn to the US and NATO, as member in this organization since 1952 ((at the same year with its long time Nemesis Greece) in order to block the soviet road to the middle east and its strategic location with it natural and geographical resources.

After all these years it’s hard to swallows the Turkish detour towards Russia and the serious attempts led by the US to do whatever the needed to do to prevent it.

»The United States has a very serious lobby in Turkey.

These people act in concert with Gulen, trying in various ways to prevent our country from embarking on the Eurasian path of development.

And the stronger Turkey becomes, the more stable our relations with Russia and the countries in Europe, middle east and Asia will develop, the more they will interfere”, said the leader of the Eurasian Movement of Turkey, Hasan Cengiz.

According to Mr. Cengiz, the positions of Fethullah Gülen in Turkey are now somewhat weakened, after cleansing in the army and public authorities, he didn’t have many supporters in his historical homeland, and he is unlikely to try another coup.

However, to organize local sabotage in order to arouse fear in the society, dissatisfaction with the current power, the president, is quite capable.

In conclusion, Mr H. Cengiz stressed out that, «They deliberately expose Erdogan as a dictator, by organizing various actions, people are trying to tune the president against the president, convincing that there is no democracy in Turkey and this subversive work is more dangerous than an attempt of a coup, and it can lead to the most tragic consequences.