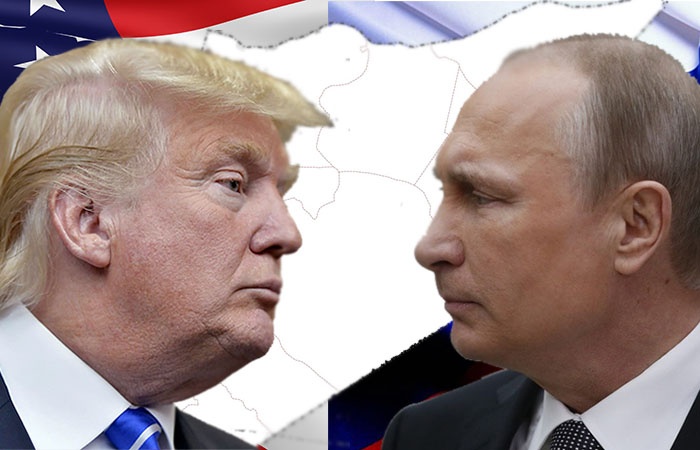 Part of the militant groups controlled by the United States refused to support the Russian-American agreements on Syria.

Several groups of militants, mainly associated with the terrorist organization HTS formerly known as Jebhat Al Nusra, opposed to the current Syrian authorities, denied participating in the agreements reached between the United States and Russia to stabilize the situation by creating de-escalation areas in Syria.

Against the backdrop of the successful actions in Syria by Russian military and diplomatic efforts, as well as relatively effective work in controlling the militant groups that supported by Turkey, especially groups like Ahrar Al sham that is under turkey’s control whish they suffered lately an almost complete annihilation on the hands of HTS formerly known as Jebhat Al Nusra in all Idlib province area, the group was disbanded somehow, with a significant number of its militants passed under the banner of the same HTS formerly known as Jebhat Al Nusra.

The efforts made by the United States to create de-escalation zones in some certain areas cause doubts about the sincerity of their intentions.

It’s hard to believe that the United States, which has significant leverage in southern Syria, is not able to get the «moderate opposition» under its control to fulfill the reached agreements with Russia knowing the fact that there is a presence ISIS group Jaish Khalid ibn Al waled with also a presence of HTS formerly known as Jebhat Al Nusra militants in the area in southern Syria, where many of them received direct logistic and medical support by Israel.

According to some international experts, the Pentagon intentionally sabotages the Russian-American deal, trying to play the «Kurdish card» in its own interests without paying any attention or show any kind of understanding to Turkey’s concerns as an supposedly NATO member and close US ally.

Despite the fact that to date, that Rojava is one of the most promising hotbeds of instability, America continues to paternally flirt with the militants of the Kurdistan Workers Party, complaining about their uneasy temper.

The further development of events in this scenario suggests that the United States is once again trying to frustrate agreements on the Syrian issue and blame the failure on the issue of stabilizing the situation in Syria on the Kremlin.

This is evidenced by Washington’s very unambiguous proposal to return to Russia its diplomatic property, in the case of «Moscow’s implementation of the transaction concluded in Hamburg».

It should be noted that, at the moment, Russia has actually fulfilled its obligations under the three previously reached agreements on Syria, and this is easy to verify.

In turn, Washington partially fulfilled only the conditions of the first deal, tearing off the second and, apparently, the third…

In such circumstances, it is rather difficult to hope for an early end to the civil war in Syria, to subdue the militants and to reduce the number of refugees who flee the war, including to the countries of prosperous Europe…