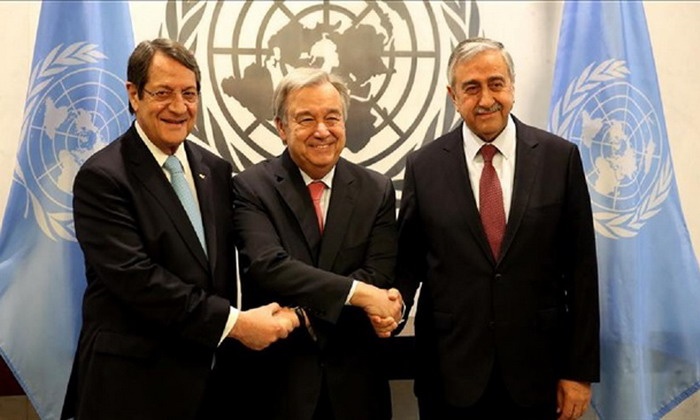 The United Nations (actually, the Director of Political Affairs, Jeffrey Feltman) organized a peace conference for Cyprus at Crans-Montana (Switzerland).

On 6 July 2017, this conference came to an end, a clear failure as the Cypriot party rejected the “agreement”.

The two entities that took part in this conference, that was not open to the public, were:

The aim of the conference was to reunify the island after Turkey invaded the North in 1974 and its army’s subsequently occupied the North.

The Republic of Cyprus, asserting its international right, insisted that the withdrawal of the occupation troops would be non-negotiable.

The Turkish Republic of North Cyprus for its part, declared the presence of Turkish troops as non-negotiable.

Once these positions had been asserted, there was no way a deal could be reached.

The UN, the IMF, the EU, the United Kingdom, the EU and Turkey have not stopped blackmailing the Cypriot President, Níkos Anastasiádis, threatening character assassination.

Their intention is that he accepts the agreement laid down by the Great Powers rather than the one agreed with his own citizens.

So Cyprus is a member of the European Union — “a peace-loving power” that has no problem with accommodating the military occupation of the North of the Island.

Turkey occupies illegally but with total impunity the North of Cyprus,