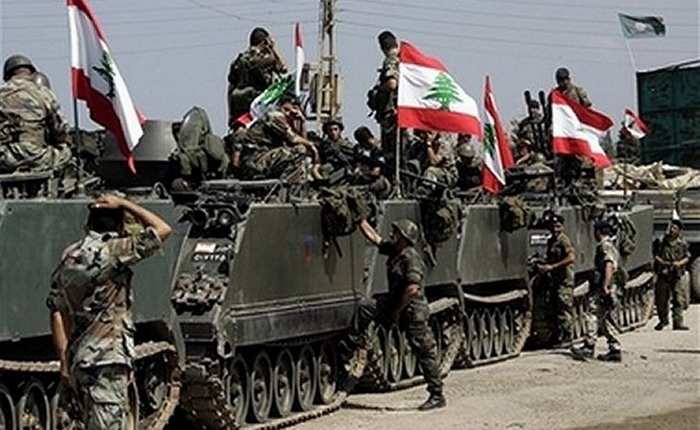 On 30 June 2017 from the air base of Rayak, the Lebanese army carried out a “crackdown” operation in the Syrian refugee camps at Al-Nour and Qariya (East Arsal).

5 kamikazes were exploded in an effort to make the army retreat.

The jihadists have killed a young girl and injured seven soldiers.

350 people have been arrested.

This is the first operation of this type since war first broke out in Syria and the failure of a similar operation led by Al-Qaeda in August 2014 to take some soldiers prisoners.

Some were set free on the orders of Qatar (which give orders to the jihadists even though it claims not to support them), while others are still being held as hostages.

From the facts, the political situation has been turned around.

Initially, US Senator John McCain set up the refugee camps at Arsal as a support base for the jihadists.

However today, the Lebanese population in Arsal are crying out for the jihadists to be kicked out, while the political class has been silenced.

For the Lebanese army, while the Syrian war may seem to be coming to a close, the time seems to be ripe for re-asserting national sovereignty over the territory.

The political parties linked to Syria (which include Hassan Nasrallah’s Hezbollah) have welcomed the operation and have expressed their sympathy for the soldiers, wounded while fighting, pro patria, against the jihadists.

Lebanese prisons are already saturated and we do not know what will become of the arrested persons, once they are placed in detention.

In the past, the government has regrouped the jihadists in a prison building at Roumieh.

This had been transformed into Al-Qaeda’s regional headquarters.

The prisoners had all the facilities of communication with the aid of the administration.

They even had set up a torture room so they could proceed to interrogate their own prisoners.

Finally, in support of political change, the police had violently stormed the building and the prisoners had been spread out.

Last year, they had been set free and had been regrouped in the giant Palestine camp of Ain Al-Hilweh near Sidon.

138 Al-Qaeda leaders that the UN is looking for, have set up their new regional headquarters there.

Taking account of international agreements, the Lebanese army had not been authorized to enter this camp – it being agreed that the camp does not fall within its territorial jurisdiction.

Therefore the army has to settle for circling it.