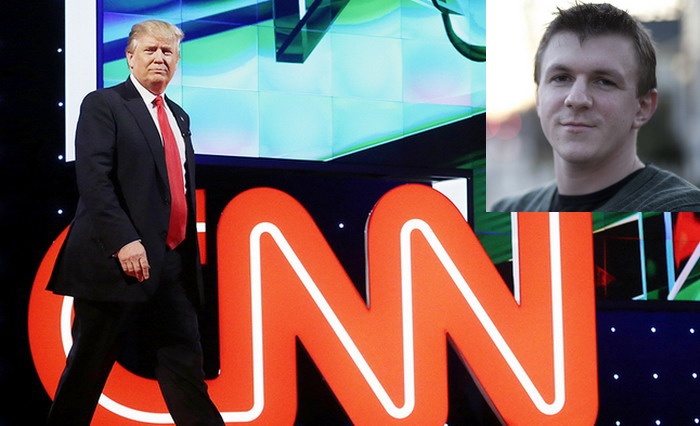 For some years now, journalist James O’Keffe had made videos on hidden camera.

He films politicians’ comments on contemporary scandals which are close to confessions.

O’Keffe is close to Breibart and President Trump and has just made three videos on CNN’s treatment of alleged Russian interference in the US Presidential campaign.

The first video, broadcast on 26 June 2017, shows a CNN producer-in-chief, John Bonifield, responsible for non-political footage, declaring accusations of collusion between Russia and the Trump team to be nothing but “nonsense” broadcast “for the audience”.

The second video, broadcast on 28 June, shows the CNN presenter Anthony Van Jones (who previously worked with Barack Obama but who was sacked by the White House for publicly challenging the official versions of the 9/11 attacks) declaring this story of Russian interference to be an absurdity.

The third video, broadcast on 30 June, shows the CNN associate producer, Jimmy Carr, declaring that President Donald Trump was not quite the poster boy for mental health and that those who voted for him were shit crazy.

The charge CNN brings against James O’Keefe’s Project Veritas is that it is releasing these declarations out of their broader context.

Its collaborators have tried to minimize their recorded remarks.

However, Sarah Sanders, spokesman for the White House, has emphasized the outrageous character of these declarations and called upon all Americans to watch these videos and to judge them for themselves.

The CNN inquiry into possible Russian interference has become the channel’s obsession.

CNN has addressed it more than 1,500 times during the last 2 months.

To date, no-one has the least bit of evidence to support the accusation that the news channel has made against Moscow.