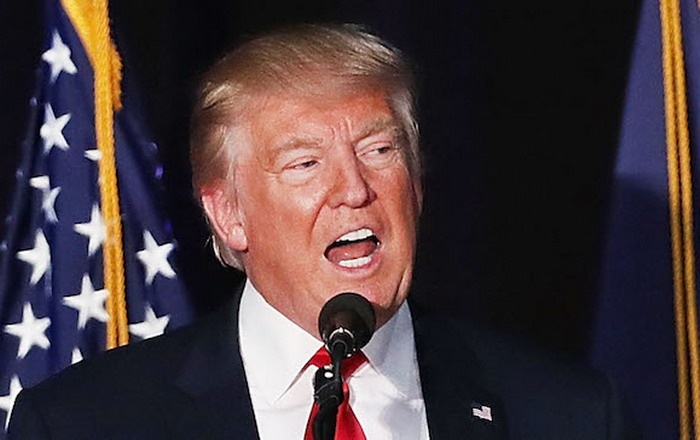 By awarding itself the title of the «4th Estate», the US Press has claimed equality with the three democratic Estates, although it is devoid of popular legitimacy.

It is waging a vast campaign, both at home and abroad, to denigrate President Trump and provoke his destitution — a campaign which began on the very evening of his election, in other words before he even arrived at the White House.

It won huge success amongst the Democrat electorate and in the allied states, whose population is convinced that the President of the United States is deranged.

But Donald Trump’s electors are holding fast, and he is proving able to fight efficiently against poverty.

The smear machine, set up by David Brock during the transitional period, plays up, as much as it possibly can, the hot-tempered and often vulgar character of the Presidential Tweets.

The media entente, organised by the mysterious NGO First Draft, repeats tirelessly that the Justice Department is investigating the links between the President’s campaign team and the dark conspiracy attributed to the Kremlin.

A study by Professor Thomas E. Patterson of the Harvard Kennedy School has showed that the US, British and German Press have quoted Donald Trump three times more often than previous Presidents, and that, during the first 100 days of his presidency, 80% of their articles were clearly unfavourable to him.

During the FBI campaign aimed at forcing President Nixon to resign, the US Press awarded itself the qualifier of «4th Estate», thereby signifying that their owners had more legitimacy than the People.

Far from folding under the pressure, Donald Trump, well aware of the danger represented by the alliance between the medias and the 98% of senior civil servants who voted against him, declared a «war on the Press», during his speech of 22 January 2017, one week after his inauguration.

Meanwhile his special advisor, Steve Bannon, declared to the New York Times that, de facto, the Press had become the «new opposition party».

Let’s remember how this affair began, during the period of transition, which is to say before Donald Trump’s inauguration.

A NGO, Propaganda or Not ?, launched the idea that Russia had organised hoaxes during the Presidential campaign in order to scuttle Hillary Clinton and make sure Donald Trump would be elected.

At the time, we underlined the links between this mysterious NGO and Madeleine Albright and Zbigniew Brzezinski.

The accusation, repeated at length by the Washington Post, denounçed a list of agents of the Kremlin, incluidng the Voltaire Network.

And yet so far, nothing, absolutely nothing, has surfaced to support this Russian conspiracy theory.

Everyone has noticed that the arguments used against Donald Trump are not simply those which are usually deployed in political combat, but clearly those employed in war propaganda.

The Oscar for bad faith must go to CNN, which is handling this affair obsessively.

The channel was forced to apologise after they had broadcast a report accusing one of Donald Trump’s close collaborators, the banker Anthony Scaramucci, of being paid indirectly by Moscow.

Since this accusation was invented, and since Scaramucci is rich enough to take them to court, CNN apologised, and three journalists from their investigation team «resigned».

In the first, we see a CNN supervisor laughing in an elevator, saying that these accusations of the President’s collusion with Russia were «bullshit» broadcast in order to boost the «audience».

In the second, a star presenter and ex-collaborator of Obama confirms that the information was «drivel».

In the third, a producer declares that Donald Trump is mentally sick and that his electors are «dumb as shit».

In reply, the President posed a video-montage created from images, taken not from a Western movie, but dating from his work with the US Pro-Wrestling Company, the WWE.

He can be seen pretending to beat up his friend Vince McMahon (husband of his Secretary of State for Small Businesses and Consumer Affairs) whose face was covered by the CNN logo.

Apart from the fact that this event demonstrates that in the United States, the President does not have exclusive rights to vulgarity, it shows that CNN – which has raised the question of Russian interference more than 1,500 times in the space of two months – does not practice journalism and cares nothing about the truth.

We have been aware of this for a long time concerning its reports on international politics – we are discovering it today about those concerning interior politics.

Although it is far less significant, a new dispute is now opposing the President and the presenters of MSNBC’s morning show, Morning Joe.

They have been criticizing him violently for months.

It so happens that Joe Scarborough is an ex-lawyer and parliamentarian from Florida who fights against the right to abortion and for the dissolution of «useless» Ministries such as Commerce, Education, Energy and Housing.

On the contrary, his partner (both on- and off-screen) Mika Brzeziński, is a simple prompter-reader who supported Bernie Sanders.

In a Tweet, the President insulted them by calling them «Psycho Joe» and «low I.Q. Crazy Mika».

No-one doubts that these characterizations are close to the truth, but setting them down in this way is obviously aimed only at damaging the journalists’ self-esteem.

In any case, the two presenters wrote an op-ed in the Washington Post calling the President’s sanity into question.

Mika Brzeziński is the daughter of Zbigniew Brzeziński, one of the string-pullers of Propaganda or not ?, who died a month ago.

The vulgarity of the Presidential Tweets has nothing to do with insanity. Dwight Eisenhower, and especially Richard Nixon, were far more obscene than Trump, and were nonetheless two grand Presidents.

Furthermore, the impulsive nature of his Tweets does not necessarily mean that the President is himself impulsive.

In reality, on each subject, Donald Trump reacts immediately with aggressive Tweets.

Then he throws ideas around in all directions, unhesitatingly contradicting himself from one declaration to the next, and then closely observes the reactions they provoke.

Finally, having formed his own opinion, he meets the opposing party and generally comes to an agreement with them.

Donald Trump does not possess the good Puritan education of Barack Obama or Hillary Clinton, but incarnates the resilience of the New World.

Throughout his electoral campaign, he continually presented himself the man who would clean up the innumerable dishonesty that this good education serves to disguise in Washington.

And it was he and not Madame Clinton that the United States voted into the White House.

Of course, one might take the President’s controversial declarations seriously, choosing one that’s shocking and ignoring those that state the contrary.

We should not confuse the Trump style with his policies.

On the contrary, we must examine his decisions — and their consequences — closely.

For example, let’s take his decree aimed at refusing entry to the United States to foreigners whose Secretary of State has been unable to confirm the identity.

It was observed that the population of the seven countries for which he limited access to the United States is in the majority Muslim.

We compared this fact with the declarations of the President during his electoral campaign.

Finally, we created the myth of a racist Trump.

There were a number of showboat trials aimed at repealing this «Islamophobic decree», until the Supreme Court confirmed its legality.

Then we moved the goal-posts by affirming that the Court had based its decision on a second draft of the decree, which included several flexibility.

This is true, except that these flexibility were already set out (with different wording) in the first version.

Arriving at the White House, Donald Trump did not deprive the US citizens of their health insurance, nor declare the Third World War.

On the contrary, he opened a number of economic sectors which had been stifled for the benefit of certain multinationals.

Besides which, we have witnessed a disengaging of the terrorist groups in Iraq, Syria and Lebanon, and a noticeable calming of the tension in all of the Greater Middle East, with the exception of Yemen.

How much farther will this go – what will be the outcome of the confrontation between the White House and the medias, between Donald Trump and certain moneyed powers?