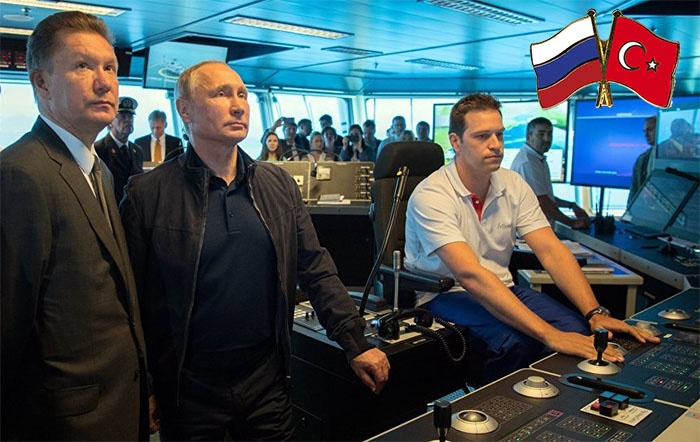 On 23 June 2017, the Russian President, Vladimir Putin, inaugurated the construction works for that section of the gas pipeline, Turkish Stream, passing through deep seas.

A decision was made to go ahead with this project when President Putin visited Turkey on 1 December 2014.

Construction had been interrupted in August 2015 for tariff reasons, but in the context of the war in Syria, it should allow Russian gas to be delivered to Turkey.

Parting from there, it could also serve as a transit for Russian gas to the European Union, replacing the plan for the South Stream pipeline, blocked by Brussels.

Estimated at six billion dollars, Project Turkish Stream provides for the construction of two pipelines with a capacity of delivering 15.75 billion m3 of gas every year.

Whilst President Putin stressed that this timetable should be adhered to, it is extremely rare that such works are completed so rapidly.

This has only been possible due to the personal investment made by President Recep Tayyip Erdoğan who is thus seeking thus to free himself of US economic protection.