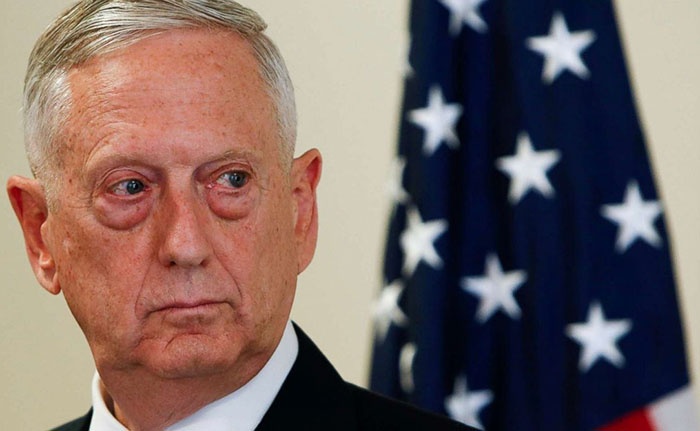 The U.S. Defense Secretary Jim Mattis said on Wednesday that the Syrian government of President Bashar Al-Assad appeared so far to have heeded a warning this week from Washington not to carry out a chemical weapons attack.

Russia, the Syrian government’s main backer in the country’s civil war, warned that it would respond proportionately if the United States took pre-emptive measures against Syrian forces to stop what the White House says could be a planned chemical attack.

The White House said on Monday it appeared the Syrian military was preparing to conduct a chemical weapons attack and said that Assad and his forces would «pay a heavy price» if it did so.

The warning was based on intelligence that indicated preparations for such a strike were under way at Syria’s Shayrat airfield, U.S. officials said.

«It appears that they took the warning seriously», Mattis said.

«They didn’t do it», he told reporters flying with him to Brussels for a meeting of NATO defense ministers.

He offered no evidence other than the fact that an attack had not taken place.

Asked whether he believed Assad’s forces had called off any such strike completely, Mattis said: «I think you better ask Assad about that».

Washington accused Syrian forces of using the Shayrat airfield for a chemical weapons attack in April.

The intelligence that prompted the administration’s warning to Syria this week was «far from conclusive», said a U.S. official familiar with it.

«It did not come close to saying that a chemical weapons attack was coming», the official said.

The intelligence consisted of a Syrian warplane being observed moving into a hangar at the Shayrat airbase, where U.S. and allied intelligence agencies suspect the Assad government is hiding chemical weapons, said a second U.S. official.

«I think that Assad’s chemical program goes far beyond one airfield», he said.

U.S. and allied intelligence officers had for some time identified several sites where they suspected Assad’s government may have been hiding newly made chemical weapons from inspectors, another U.S. official familiar with the intelligence said.

The United States launched cruise missile strikes on Shayrat in April in response to the deaths of 87 people in what Washington said was a poison gas attack in rebel-held territory.

The Syrian government did not comment on the White House warning, although state-run Al-Ikhbariya television station said the allegations were fabricated.

«We will react with dignity, in proportion to the real situation that may take place», he said at a news conference in the city of Krasnodar.

Lavrov said he hoped the United States was not preparing to use its intelligence assessments about the Syrian government’s intentions as a pretext to mount a «provocation» in Syria.

Russian officials have described the war in Syria as the biggest source of tension between Moscow and Washington and say the April cruise missile strike ordered by U.S. President Donald Trump raised the risk of confrontation between them.

«Due to the president’s actions, we did not see an incident», Haley told U.S. lawmakers.

«I would like to think that the president saved many innocent men, women and children».

Although the number of people killed in suspected chemical attacks is a small portion of the total dead in Syria’s civil war, estimated at close to half a million, footage of victims writhing in agony has caused particular revulsion.

The United States supports the YPG in the fight against Islamic State in Syria, while NATO ally Turkey regards them as terrorists indistinguishable from Kurdish militants carrying out an insurgency in southeast Turkey.

Artillery struck back in retaliation, a Turkish military statement said.

The boom of artillery fire could be heard overnight from the Turkish border town of Kilis, broadcaster Haberturk said.

Ankara was angered by a U.S. decision in June to arm the YPG in the battle for Islamic State’s stronghold of Raqqa.