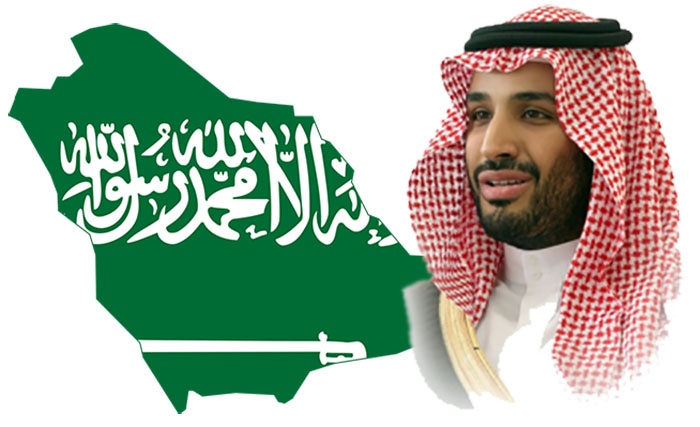 Muhammad Bin-Nayef will go down in Saudi history as the second crown prince in two years to have been deposed and stripped of all his powers.

His sacking on Wednesday means that his foe and former deputy Muhammad Bin-Salman has settled their power-struggle in his favour, and is now just a matter of months, if not days, away from ascending the throne.

There are three parties whose approval is indispensible to enable Bin-Salman to supplant his older cousin Bin-Nayef in the order of succession and go on to become king: the US administration first of all, the ruling family as an institution second, and the religious establishment represented by the Council of Senior Ulema headed by the Al ash-Sheikh family.

The new crown prince secured the endorsement of them all.

The visit paid by Muhammad Bin-Salman to Washington shortly after Donald Trump’s inauguration as president set the stage for the royal decree issued on Wednesday which named him crown prince.

Official approval was sealed after Trump’s visit to Riyadh last month, during which the payback price was agreed: some $500 billion worth of Saudi arms purchases and investments in US infrastructure.

In the two years since his father assumed the throne, Muhammad Bin-Salman has been re-tailoring the state’s institutions and administration to his own specifications.

This has included the issuing of numerous decrees in his father’s name appointing young princes loyal to him to senior state posts, especially as governors and deputy governors of the main provinces.

His younger brother Khaled, still in his 20s, was appointed ambassador to Washington.

His military aide Ahmad Asiri was promoted to the rank of general and named deputy head of intelligence.

The interior ministry had its powers curbed while Muhammad Bin-Nayef was in charge of it, including via the formation of a National Security Centre answerable directly to the royal court.

These and other steps concentrated security and military decision-making powers in the hands of Muhammad Bin-Salman in addition to his control of the kingdoms finances, economic and social affairs, foreign policy and media.

After Muhammad Bin-Salman ordered the launch of the Operation Decisive Storm bombing campaign against Yemen in 2015, I was called by a senior member of the royal family who voiced his opposition to the assault.

He recalled that his father, the kingdom’s founder King Abdelaziz, had warned his sons against meddling in that rugged land which had defied the Ottoman empire and turned into a graveyard for its troops.

I recount this conversation to underline the fact that there is disquiet in some ruling family circles about the arrangements being made at the top leadership level.

This was perhaps inadvertently confirmed by official news reports that 31 of the 34 members of the ruling family’s Allegiance Council, which is supposed to select the heir apparent, approved the decision to dismiss Bin-Nayef and appoint Bin-Salman in his place.

The Allegiance Council most certainly did not perform the statutory functions allocated it to it when it was established by the late King Abdallah.

Indeed, its founder was the first person to violate it statutes, and it did not hold a single meeting for at least three years.

We have not been told the names of the three princes who declined to declare allegiance to Muhammad Bin-Salman, but one can safely assume that they include the king’s full brother Prince Talal as well as Abdelaziz’s youngest surviving son Ahmad.

The third may have been Prince Bandar Bin-Sultan, the former ambassador to the US and national security and intelligence chief.

It was striking to see the official TV footage of Muhammad Bin-Nayef going to the royal palace to pledge allegiance to his successor, just as his predecessor as crown prince Muqrin Bin-Abdelaziz did when he was given the boot.

It is doubtful that he went there voluntarily.

He would have faced isolation or even house arrest had he refused.

So the man renowned for his iron-fisted approach to combating terrorism opted to play it safe.

In a clip repeated scores of times on Saudi television, Muhammad Bin-Salman was shown subserviently kissing his cousin’s hand and trying to kneel down to kiss his feet.

Perhaps this extravagant display reflected a sense of guilt.

Or maybe it was a choreographed piece of flattery for a prince who served his country with distinction in terms of safeguarding security, but now finds himself unemployed and powerless.

Whatever the case, it could well have been Muhammad Bin-Nayef’s final TV appearance.

Saudi Arabia is now entering a period of uncertainty, its fate in the hands of a young man in his early 30s who habitually takes far-reaching decisions without consulting people with the relevant knowledge or experience.

How else did he plunge his country into a ruinous war in Yemen which has dragged on indecisively for two years, or escalate the dispute with Qatar to the brink of military confrontation?

King Salman reportedly made amendments to the Basic Statute of Governance which would prevent Muhammad Bin-Salman from appointing his own son as crown prince once he becomes king.

He would have to name someone from a different branch of the family (who must be a grandson of Abdelaziz) as his heir.

But there is no real worth to this rule.

King Salman broke it himself by naming his son as crown prince, and completely ignored the firm succession rules laid down by his predecessor King Abdallah when he replaced Muqrin as first-in-line within a month of assuming power.

There is nothing to stop Muhammad Bin-Salman from taking a leaf out of his father’s book and changing the rules again once he is on the throne.

It is hard to make an accurate forecast of the regional ramifications of these sudden but not unexpected changes in Saudi Arabia.

One thing that can be anticipated is a Saudi-UAE escalation of the crisis with Qatar – one of the reasons Muhammad Bin-Nayef was elbowed out was his close relationship with the Qataris.

We can also expect Muhammad Bin-Salman to make good on his public threat to ‘carry the battle inside Iran’ in reference to the regional rivalry between Riyadh and Tehran.

This would mean stoking ‘rebellion’ among ethnic and religious minorities in Iran in collaboration with the Trump administration, while making an all-out military effort in Yemen to score some quick victories on key battlefronts such as Hodeida, Taaz, Saada and of course the capital Sanaa.

Muhammad Bin-Salman’s mentor, the crown prince of Abu Dhabi Sheikh Muhammad Bin-Zayed, will be happier than anyone at the elevation of his friend and ally to the position of Saudi crown prince.

He may be tempted to do something similar himself and formally assume the presidency of the UAE from his ailing brother Sheikh Khalifa, who is too ill to govern and has left the task to him.

Gulf Arab friends used to accuse their fellow Arabs in the Levant and North Africa of being politically reckless and hot-headed, resulting in a succession of wars and coups.

They would contrast this with their own traditions of restraint and careful calculation, the wisdom of their leaders’ decisions and their avoidance of turmoil and trouble.

But it seems that we’re all in the same boat now, and there’s no difference between us.