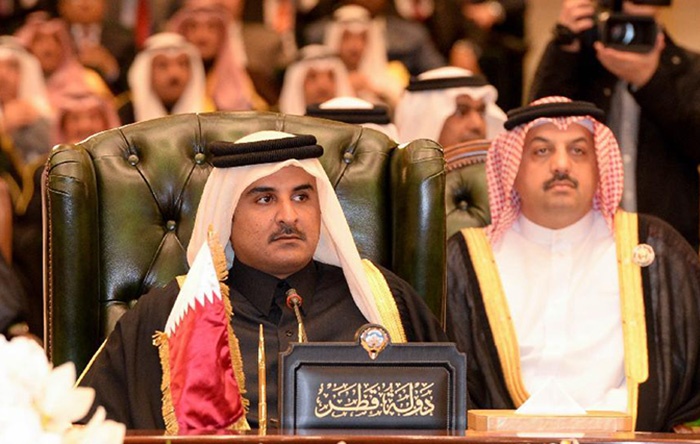 Saudi Arabia and the Arab Emirates have strongly reacted to the Qatari press agency publishing a statement by the Prince of Qatar, following the Arab-Islamic-Summit against Terrorism.

According to this communiqué, Emir Tamim defended Iran and emphasized its peaceful role in the Gulf region.

Only minutes after this communiqué had been published, all the Saudi and Emirates television channels organized debates between experts on the Qatari “betrayal”.

The Qatari press agency then withdrew the posting and announced that it had been hacked.

However the Saudi and Emirates press continued with their campaign, taking the view that this new communiqué that it had been hacked was just an easy excuse.

In March 2014, a secret, violent war took place between Qatar on the one side and Saudi Arabia and the Emirates on the other side.

The reason war broke out was because of Qatari support to a faction of the Muslim Brotherhood involved in an attempt to topple the Saud dynasty.

Qatar does not seem to share Saudi Arabia’s new willingness to break ties with the Muslim Brotherhood.