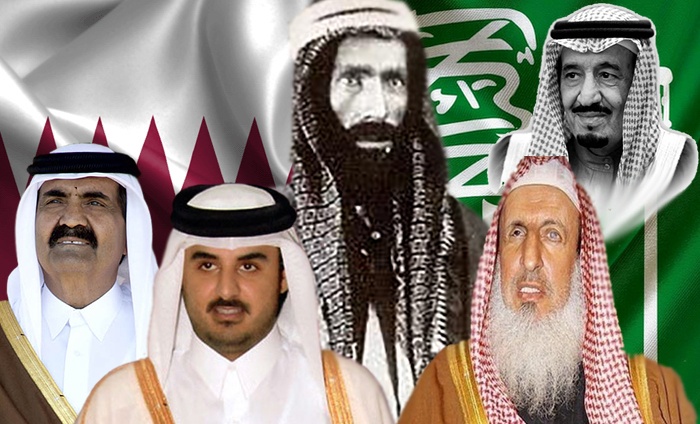 The State of Qatar was expected to pull out its ambassadors from three Gulf States: the Kingdom of Saudi Arabia, the United Arab Emirates, and the Kingdom of Bahrain, in response to the media campaign it was subjected to in the past few days on the backdrop of statements allegedly made by the Prince of Qatar, Sheikh Tamim Bin Hamad Al-Thani, where he flew outside the Gulf flock, opposed the statements against Iran, criticized the Al-Riyadh summits and predicted an imminent fall of US President Donald Trump.

These statements were subsequently denied.

However, he ended up opting for appeasement, perhaps following the orders of his higher leadership, and he stressed that his statements were taken out of context.

He followed that by removing his tweets and saying that his account on the social media networks was hacked, which was interpreted by many as being a Qatari “confusion” resulting from the massive shock and campaign.

Wars or most of them start with verbal escalation and media exploitation… One who follows on the social media networks will realize that there are some dark clouds that are about to rain bullets and missiles and perhaps even more unless the Kuwaiti mediation launched by Sheikh Sabah Al-Ahmad Al-Sabah through a visit to Doha yesterday was to succeed.

However, there are major doubts regarding the mediation’s success.

For this reason, he contacted Iranian President Hassan Rouhani under the cover of congratulating him for winning the presidential elections and the beginning of the holy month of Ramadan.

He stressed that Qatar’s relationship with Iran is a solid, and historical one and that he (Prince Tamim) looks forward for “enhancing these relations even more and sees no obstacles on the way”…

The phone call between the Qatari prince and President Rouhani immediately reflected into vicious campaigns over the Saudi media outlets through many reports that scrutinized Qatar’s hostile past towards the Kingdom.

The anger went all the way to stripping Qatar, its present and former princes, and perhaps even the entire Al-Thani family, from the Wahhabi sect.

Indeed, a statement by the Al-Sheikh family signed by the Kingdom’s Mufti, Abdulaziz Al-Sheikh and 200 prominent members from the family of Imam Mohammad Abdulwahab, was issued that denies the Al–Thani’s family affiliation to any branch of the [Abdulwahab] family and calling for dropping the name of Imam Mohammad Bin Abdulwahab from the mosque built by the former Qatari prince in Doha…

We will not be diving into the roots of the chronic differences between Qatar on the one hand and the Kingdom of Saudi Arabia, the UAE, and Bahrain on the other hand as this discussion requires volumes.

However, we don’t rule out the possibility of history repeating itself and that the three countries will be pulling out their ambassadors from Doha just as they did in 2014, in a first, escalation step that will serve as a preface for other, more dangerous steps in light of the expanding differences.

The fact that Qatar is seeking to develop its relations with Iran at a time when Saudi Arabia is paving the way for establishing a military and political “Sunni” alliance against it under the support and blessings of President Trump constitutes an overcoming of all the red lines from the Saudi point of view.

The phone call with President Rouhani at this specific timing confirms Qatar’s policies and highlights them to the public.

This also constitutes a bold provocation as indicated by the Saudi newspapers and writers.

Qatar may not only leave the Wahhabi sect.

Indeed, we don’t rule out the possibility of it leaving or being fired from the GCC as well if the escalation was to proceed with its present pace or even become worse”.