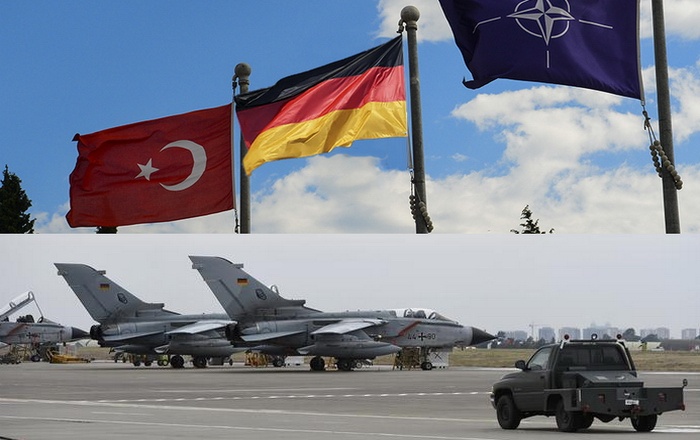 Turkey’s foreign minister said on Tuesday it is not possible to allow German lawmakers to visit troops stationed at Turkey’s Incirlik air base now, although Ankara might reconsider if it saw «positive steps» from Berlin.

Mevlut Cavusoglu also said the issue would be discussed with German Foreign Minister Sigmar Gabriel, who is due to visit Turkey on Monday.

Turkey has prevented German lawmakers from visiting the roughly 250 troops stationed at Incirlik as part of the U.S.-led coalition against Islamic State, saying that Berlin needs to improve its attitude first.

«We see that Germany supports everything that is against Turkey», Cavusoglu told a news conference.

If they take positive steps in the future we can reconsider».

Turkey was infuriated when Germany, citing security concerns, banned some Turkish politicians from addressing rallies of expatriate Turks ahead of the referendum.

More than 100,000 people have been sacked or suspended from their jobs and more than 40,000 people jailed.

German officials said this month that 414 Turkish citizens with diplomatic passports and other government work permits had requested asylum since the attempted putsch.

Berlin’s interior ministry has confirmed that asylum requests had been approved for a number of the applicants, a move that angered Ankara.