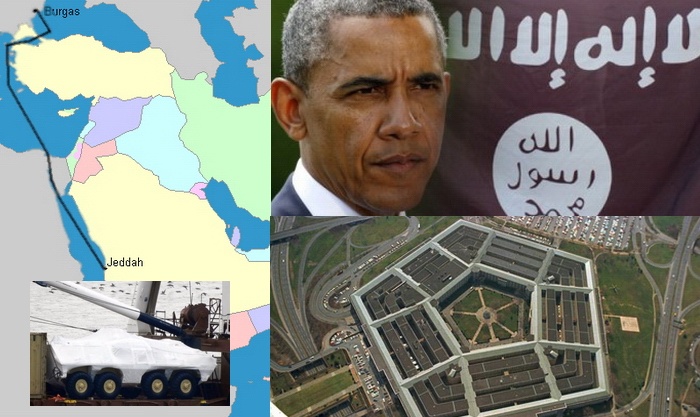 The Pentagon is still trafficking arms from the port of Burgas (Bulgaria) to the port in Jeddah (Saudi Arabia).

Thus the Pentagon is delivering to jihadist groups in Syria — including Daesh— arms manufactured in the former Soviet Union, which have not been not registered by Nato.

On 20 May it arrived in Saudi Arabia just as the Hanne Danica was making its way back from Jeddah to Burgas.

These deliveries appear to execute obligations under the final contracts that the Obama Administration entered into at the beginning of January — i.e. at the end of the transition period —, with the company, Orbital ATK.

The contracts are worth 200 million dollars.

Orbital subcontracted delivery to Chemring, which in turn, rented out cargo ships to the Danish company, H. Folmer & Co.

While the Trump Administration has discontinued with this line of contract, it has not cancelled contracts of this type that were entered into by the previous administration.