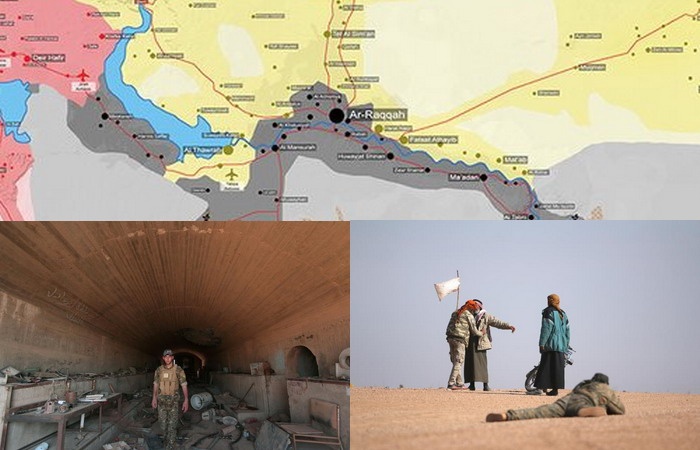 U.S.-backed alliance of Syrian militias promised on Thursday that no harm would come to Islamic State fighters in Raqqa who turned themselves in by the end of the month, calling on them to lay down their arms ahead of an expected assault on the city.

The Syria Democratic Forces, which groups Kurdish and Arab fighters, has advanced to within a few kilometers (miles) of Raqqa city at the nearest point, in an offensive that got underway in November to encircle and capture the city.

The SDF, which includes the powerful Kurdish YPG militia, said earlier this month it expects to launch the final assault on Raqqa in early summer.

YPG and SDF officials had previously given April start dates for the assault, but these slipped.

The U.S.-led coalition has not declared any time frame for the final assault on Raqqa city, which has served as Islamic State’s de facto capital in Syria since the group declared its cross-border «caliphate» in 2014.

In a statement, the SDF said a May 15 appeal for militants to turn themselves in within 10 days had achieved «positive results», and the deadline would now be extended until May 31 based on «requests from the noble people of Raqqa».

The SDF said it would guarantee the lives of militants who turn themselves in regardless of their position, «paving the way for the settlement of their situation».

The safety of their families was also guaranteed, it says.

The SDF statement issued by spokeswoman Jihan Sheikh Ahmad said the extension would «allow the greatest number possible of those who were deceived or forced to join to benefit from this opportunity».

The U.S.-led coalition says some 3,000 to 4,000 Islamic State fighters are thought to be holed up in Raqqa city where they continue to erect defenses against the anticipated assault.

The six-year-long Syrian war has allowed IS to seize swathes of Syria, where the group faces separate campaigns by the U.S.-backed SDF, the Russian-backed Syrian military, and Free Syrian Army rebels backed by the United States.