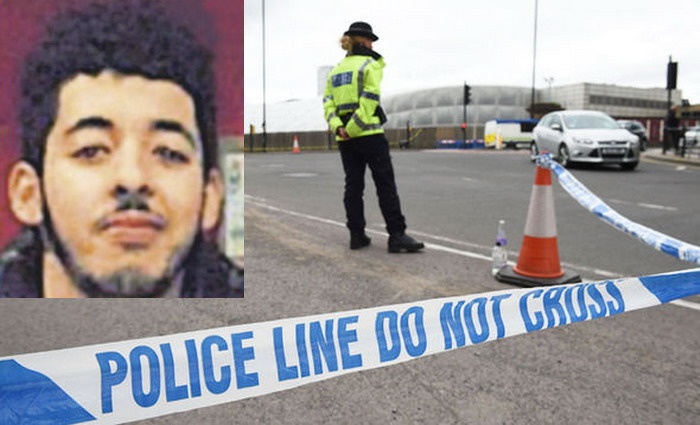 According to Scotland Yard, the attack on the crowd leaving the Ariana Grande concert at Manchester Arena, 22 May, has been perpetrated by Salman Abedi.

A bankcard has been conveniently found in the pocket of the mutilated corpse of the ‘terrorist’.

This attack is generally interpreted as proof that the United Kingdom is not implicated in international terrorism and that, on the contrary, it is a victim of it.

Salman Abedi was born in the UK of a family of Libyan immigrants. He has travelled to Libya several times in the last couple of months, with or without his father.

His father Ramadan Abedi, with whom Salman lived, is a former officer in [Gaddafi’s] Libyan Intelligence Services.

He specialised in the surveillance of the Islamist movement, but two decades later has failed to notice that his son has joined Daesh (IS).

In 1992, Ramadan Abedi was sent back to Libya by Britain’s MI6 and was involved in a British-devised plot to assassinate Muammar Gaddafi.

The operation having been readily exposed, he was exfiltrated by MI6 and transferred back to the UK where he obtained political asylum.

He moved in 1999 to Whalley Range (south of Manchester) where there was already resident a small Libyan Islamist community.

In 1994, Ramadan Abedi returned again to Libya under MI6’s direction.

In late 1995 he is involved in the creation of the Libyan Islamic Fighting Group (LIFG), a local branch of Al-Qaeda, in conjunction with Abdelhakim Belhadj.

The LIFG was then employed by MI6 again to assassinate Gaddafi, for a payoff of £100,000.

This operation, which also failed, provoked heated exchanges within British Intelligence, leading to the resignation of one David Shayler.

Other former members of the LIFG have also lived at Whalley Range, including Abedi’s friend Abd Al-Baset-Azzouz.

In 2009, this last joined Al-Qaeda in Pakistan and became a close associate of its chief, Ayman Al-Zawahiri.

In 2011, al-Baset-Azzouz is active on the ground with the NATO operation against Libya.

On 11 September 2012, he directs the operation against the US Ambassador in Libya, Christopher Stevens, assassinated at Benghazi.

He is arrested in Turkey and extradited to the US in December 2014, his trial still pending.

Nobody pays attention to the fact that Ramadan Abedi has linked LIFG members to the formation of Al-Qaeda in Iraq and, in 2011, he takes part in MI6’s ‘Arab Spring’ operations, and in LIFG’s role on the ground in support of NATO.

In any event, Abedi returned to Libya after the fall of Gaddafi and moves his family there, leaving his older children in the family home at Whalley Range.

According to the former Spanish Prime Minister José Maria Aznar, Abdelhakim Belhadj was involved in the assassinations in Madrid of 11 March 2004.

Later, he is secretly arrested in Malaysia by the CIA and transferred to Libya where he is tortured not by Libyan or American functionaries but by MI6 agents.

He is finally freed after the accord between Saif Al-Islam Gaddafi [Gaddafi’s son] and the jihadists.

During the Libyan war, Belhadj, who had been living in Qatar, returned to Libya, courtesy of the Qatari Emir, and commanded the operations on the ground in league with NATO.

On 28 July 2011, he organised the assassination of General Abdul Fatah Younis who claimed to have joined the ‘rebels’, but who Belhadj accused of overseeing the struggle against the LIFG during the 1990s.

In September 2011, Belhadj was named military governor of Tripoli by NATO.

In 2012, seconded by the Irish-Libyan Mahdi Al-Hatari, he created the Free Syrian Army, then returns again to Libya.

On 2 May 2014, he is received officially at the Quai d’Orsay [the French Foreign Ministry].

In December 2013, following the discovery in the archives of Gaddafi’s Libyan regime of a letter from the former chief of MI6, Belhadj launches proceedings in London against the UK for having kidnapped and tortured him nine years earlier.

British Intelligence then illegally places his lawyers under phone-tapping, although it is ultimately constrained to destroy the intelligence obtained.

According to Egypt’s Prosecutor General, Hisham Barakat, in May 2015, Belhadj becomes Daesh’ most senior figure in North Africa, this claim taken up by Interpol.

Belhadj installs three training camps for Daesh in Libya at Derna (in the former property of Abd Al-Baset-Azzouz), at Syrte and at Sebrata.

In October 2016, he launches in London new legal proceedings regarding his kidnapping and torture, this time nominally against the former director of MI6, Sir Mark Allen.

Daesh has claimed responsibility for the Manchester attack, but without describing Salman Abedi as a ‘martyr’.

After the assassination, Ramadan Abedi has declared his opposition to jihad in a telephone conversation with journalists.

He has also claimed that his son had intended to spend the month of Ramadan [beginning 26 May] with him in Libya and that he is convinced of his innocence.