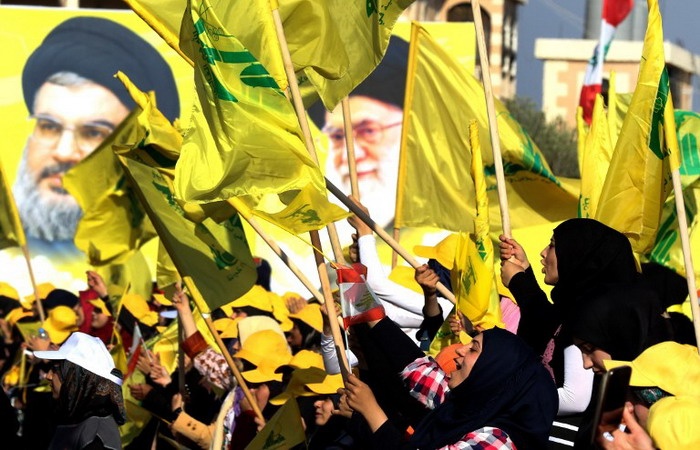 The US and its Arab allies are drawing up plans to suffocate the movement financially as a prelude to eventual militarily action
The US-led war on the Islamic Sate group under the banner of fighting terrorism may be viewed by many, especially by Arab members of the coalition that is waging it, as legitimate.

But in our view it increasingly looks like a cover or smokescreen aimed at paving the way, or bestowing legitimacy on, a different war: one aimed at eliminating resistance to Israel in the region, and specifically the Lebanese Hezbollah movement.

The US war for Kuwait in 1991 was fought for the same purpose. A trap was set, after careful planning and precise distribution of roles, for Iraqi president Saddam Hussein.

Its aim was to drag him into Kuwait to provide a pretext for destroying Iraq, aborting its scientific progress and military ascendancy and undermining its regional role.

It is no exaggeration to say that the proxy war on Syria war has a similar objective– not only to destroy and fragment Syria as an adversary of Israel, but to lure a reluctant Hezbollah into the conflict and thus diminish its enormous popularity and the place it gained in hearts of tens or hundreds of millions of Arabs after its two great victories against Israel: First, when it succeeded in liberating southern Lebanon from Israeli occupation in 2000 after years of persistent resistance, and again in July 2006 when it also fought valiantly and stood fast in epic resistance to an Israeli onslaught that sought to annihilate it.

Most of the regional moves currently being made by the US — including Donald Trump’s upcoming visit to Riyadh and the Eager Lion military exercises in Jordan – have one ultimate objective: to declare all-out war on Hezbollah.

This includes drying up its financial resources and criminalizing the organization, in the same way Saddam Hussein was criminalized and the Palestinian resistance movement prior to that: first during the days of the PLO and its factions, and then with the rise of Hamas, Islamic Jihad and other groups that continue to fight Israel.

The West has a variety of problems with Iran, and the country’s nuclear ambitions are one of the most prominent.

But it is possible to live with, and even contain, these ambitions by various means.

However, Iran’s unforgivable sin in the West’s eyes was to support Hezbollah in Lebanon and transform it into a formidable military force that poses a real deterrent and threat to Israel at a time when the Arab states were surrendering to it.

Many have stopped referring to it as the enemy and instead begun building bridges of cooperation and normalization with it and treating it as a strategic regional ally.

Hezbollah crossed all American and Israeli red lines by developing a vast missile capability (100,000 missiles according to some estimates) along with fighting skills that most of the region’s armies — including the Israeli army — lack, combining attributes of conventional armies with expertise in guerrilla warfare.

Moreover, four years of fighting in Syria has further strengthened, developed, and modernized these skills.

There have been reports in recent days of an unpublicized closed-door meeting in Washington involving a number of Gulf and Arab states aimed at agreeing a strategy for confronting Hezbollah in the coming period.

This was intended to prepare for the two multilateral summits (with Arab/Muslim leaders and Gulf rulers respectively) that Trump will attend in Riyadh.

Reports from this meeting indicate that the joint Western-Arab plan for confronting Hezbollah include imposing financial sanctions on the organization’s members, supporters and sympathizers around the world, especially Lebanese expatriates in Africa and Europe who provide financial support for the party or institutions affiliated or close to it.

This will involve measures to monitor money transfers and dry up all the party’s external funding sources in order to create difficulties for its leadership in financing its political and military structures and its extensive social institutions and activities.

The war on the hardline jihadi groups such as the Nusra Front and IS is drawing towards a close.

Nusra is besieged in Idlib, rural Damascus and a few enclaves in rural Aleppo.

The recent Astana agreement delegated the task of liquidating it to the so-called moderate Syrian opposition factions backed by the US, Turkey, Saudi Arabia and Qatar.

As for IS, it has lost most of Mosul, and the war to liberate Al-Raqqa by the US-backed Kurdish Syrian Democratic Forces (SDF) is now imminent, and will begin as soon as sufficient supplies of American tanks, armored vehicles and missiles have been delivered to these forces.

In other words, the destruction of the ‘Islamist’ groups that are internationally designated as terrorist organizations will open the door wide to the more important war on Hezbollah, not only in Syria but in Lebanon too.

It is to begin with an economic war and culminate in a military offensive — as, indeed, the wars on Iraq did.

Could this scenario which is being implemented in stages against Hezbollah (and by extension Iran) achieve the same success it did against Iraq – and prior to that against the Palestinian presence in Lebanon, which was ended with the 1982 Israeli invasion? It is hard to give a categorical answer to this hypothetical question.

What can be said, however, is that circumstances have changed, and Israel has changed as well.

Hezbollah is the pivot of a regional and confessional structure, and has the open and total support of Iran, and of Iraq to a lesser degree.

Any war against it will not be easy.

If the 1991 scenario succeeded in Iraq, that was due above all to Arab collusion and betrayal, as well as the demise of the Soviet Union which left the US as the world’s unchallenged hegemony.

The wars currently unfolding in the region and the conspiracies being hatched are all for the sake of enhancing Israel’s security and stability and maintaining its military power and supremacy.

It is ironic that this is happening around the time of the centenary of the infamous Balfour Declaration and Sykes-Picot agreements.

For the task now being undertaken is aimed at consolidating the Zionist presence in Palestine and the region envisaged in that Declaration, while dismembering the states that emerged from the womb of those agreements.
Abdel Bari Atwan