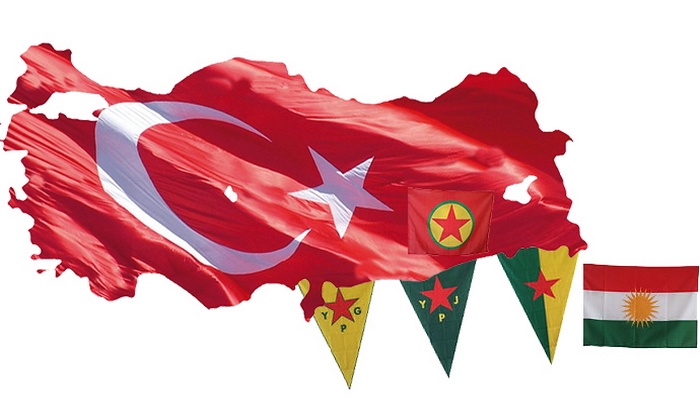 Most foreigners on the internet have a very limited understanding of the Turkish society’s view on Kurds, and how these views influence Turkey’s politics.

Some go as far as thinking that Turkey’s opposition is basically «the Kurds&Friends». I was pretty amused when I first found out that many people here thought that secular Turks would ally with the PKK against AKP if that sort of days came; in reality most secular Turks would ally with the AKP to get rid of the PKK first even if it meant their own eventual destruction.

First of all, AKP are nowhere as nationalist as most people make them out to be.

Erdoğan is the most pro-Kurdish president ever.

And he also receives wide support from Turkey’s Kurds.

Believe it or not, like most other ethnic groups, most Kurds are apolitical people who simply want to live their lives.

most of them are indeed somewhat sympathetic to the KCK; however most will just end up voting for whoever they think will be the best for the betterment of their and their children’s personal lives.

Kurds do not appear to be really hateful of AKP; there is only a lot of mistrust between the two.

Especially considering the fact that most Kurds are very conservative Sunni Muslims.

What Kurds hate are the ultra nationalists and republicans of Turkey.

While many CHP voters are social democrats who think that Kurds must be represented, many are also nationalistic to an extent most Westerners are not capable of understanding.

The personality cult surrounding Kamal Atatürk is still, nearly a century after his death, immense, and everything he has ever said is accepted as the gospel by a good percentage of the Turkish population.

Ottoman Empire’s strength used to come from its diversity, but towards its death this strength turned to a huge weakness; ethnic and religious minorities of the Empire were supported by foreign powers to rebel and secede before and during the immediate aftermath of World War I, taking a huge part in the Empire’s eventual collapse.

This was something very traumatizing to Kamal and his crew, and without a doubt contributed to some extent to their efforts to «Turkify» the minorities of the country.

To prevent this from happening again, the founding fathers of the Turkish Republic made a huge emphasis on how all ethnic, religious, or cultural secession were inherently wrong.

A talk of secular Turks seceding or at least getting autonomy is starting to be heard here, and yet not finding much popular support, not because typical upper-middle class secularists love getting ruled by villagers from around Yozgat, but because the very notion of a part of the country seceding is unthinkable to them. They find it treasonous.

And even sinful; think of it as a religious matter.

Because of this reason many anti-AKP Turks will continue viewing the idea of a Kurdish independence movement as something inherently wrong.

That’s not even the half of it, however.

People here also seem to forget that PKK have killed people, many of them civilians or conscripts.

It has been always being told that PKK have fought for the rights of Kurds, and that the killings were justified somehow;

The argue here isn’t about whether if they were or not because that discussion would go pretty much nowhere, but we can confidently tell that it is pretty ridiculous to expect a people to say «Oh well, I guess the deaths of my friends and relatives were justified».

Another argument is that PKK have abandoned their ways of targeting civilians, and that TAK are the ones who keep doing so.

Many Turks among me (the Writer) have an extremely hard time believing this; PKK were absolutely brutal in the way they dealt with other Kurdish political parties, and we find it simply absurd that they wouldn’t liquidate a seemingly small organization who seem to mimic them in every way.

And of course there are ultra nationalist MHP voters.

Anything appearing Kurdish actually is a problem to these people, and must be eradicated.

It is a part of their identity at this point.

And finally there is the «PYD are not PKK» argument and we don’t think they are.

But we think it is irrelevant whether if they are or not.

PYD are a part of the KCK coalition.

We believe that it is flat-out delusional to think that PYD won’t help PKK in the future.

You have PKK militants fighting among SDF ranks, PKK’s commanders leading the YPG, their ideology is identical, they partake in the personality cult surrounding Abdullah Öcalan, and even the US admits that they are «tied».

That alone is a legitimate reason for Turkey to be hostile to PYD.

PYD may or may not be PKK, but that doesn’t matter.

At this point we really don’t care about what happens to some mountains we have never been to, but if we did, we’d find it extremely shameful that Turkey is letting an organization so openly prone to taking them away establish a de facto state right next to us.

This is how most Turks feel.

Again, I am (Writer) not here to discuss whether they are right to feel hostile to PKK in the first place, I am here to tell you why it is unrealistic to expect that they do not do so.

And why it is unrealistic to expect for, well, anyone to believe that PYD won’t help PKK in the future.

Because of these reasons a call to arms against the KCK serves as a uniting force in Turkey.

AKP voters are actually the only ones who could, in the future, be indifferent to a Kurdish cause.

They have done it before, and most will do pretty much whatever Erdoğan tells them to.

Because AKP voters are the least racist people in the country.

Ethnicity matters little to them, while they can be very sectarian. They view Kurds as good Muslim folk, and many genuinely think that PKK are Armenian Zoroastrians or something.

So remember this the next time you wonder why seemingly anti-AKP Turks are so obsessed with PKK, and why Erdoğan can get support for anything as long as he points a finger at KCK.