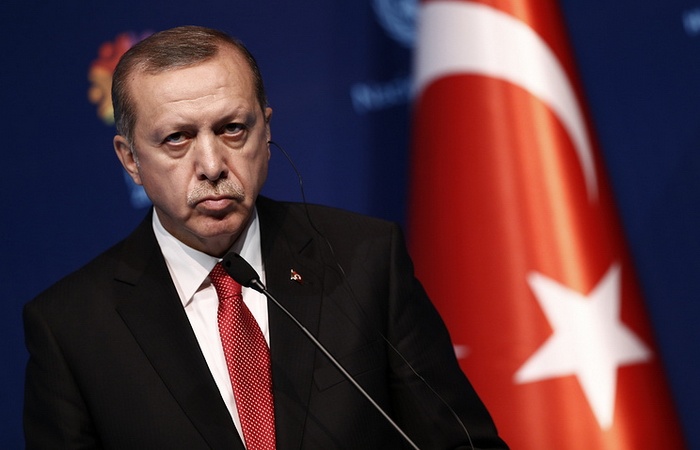 What are the roots and the causes of this anger?
Did he understand the size of the plot that would divide Turkey as well?
Will the Kurds be the tool?
Does he accept our advice to reduce losses?

Turkish President Recep Tayyip Erdoğan is angry these days with all, allies and enemies together, angry at the United States, angry at Europe, angry at Iran and Iraq, angry at the Israeli occupation state, vengeful on Greece, and it is difficult to find one country that he pleased from, or not angry at least.

This anger has many interpretations, most notably in our view of the frustration experienced by the Turkish president by the failure of his historical allies, the Americans specifically after the services provided by his country to them, through membership of NATO for more than sixty years.

The Turkish president will travel to Washington on Tuesday, to meet the US President Donald Trump, who has relied heavily on his policies, namely Erdogan, in Syria and the connection to overthrow President Bashar Al-Assad’s government, the establishment of buffer zones and not provide any military or political support for the Kurds.

Chances of president Erdogan’s visit to achieve its goals are very limited, with chances of failure are much bigger than success.

Trump’s administration will not hand over Fathullah Gulen, who is accused of standing behind the military coup, and announced Thursday by Colonel Don Darren, spokesman for the International Coalition Forces to fight «The Jihadists», that it will accelerate the implementation of its decision to arm the Syrian Kurdish people’s protection forces with tanks, missiles and modern weapons to prepare for the war to restore the city of Raqqa from the «Islamic State» with US air cover and ground involvement.

More importantly, President Erdogan launched a fierce attack on Israel, accusing Israel of racism along the lines of the white South African regime.

He described the Egyptian siege of Gaza Strip as inhumane and expressed his rejection of an Israeli decision to prevent Pray Athan from the minarets of Jerusalem’s occupied mosques.

All that came out after months of silence and normalization of relations.

The Israeli Foreign Ministry responded to Erdogan, saying that «anyone who’s systematically violates human rights in his country should not preach about the ethics of the only democracy in the region».

The attack with this amount of roughness on Israel, the state that currently governs the White House, cannot be cold and peaceful in the hearts of President Trump and his brother-in-law Jared Kushner, his closest adviser and actual US Secretary of State, unless this attack is not heartfelt and serious.

«Turkey and Israel need to maintain their relations,» said Yoav Galant, the Israeli housing minister, in an interview with an Israeli newspaper.

Let him speak and we know how to speak».

What angered Erdogan from his Israeli ally are:
First, Netanyahu didn’t congratulate him on winning the referendum;

Second was the tearing of the new Hamas document and putting it in the trash in front of the TV cameras.

Netanyahu, knew very well that Erdogan was behind this document, which included ideas that would erase the charter of the movement and accepting a Palestinian state on the 1967 borders in the hope of easing the Israeli and Western siege on it and opening a port and airport in Gaza, with the support of Turkey and Qatar.

The fact that President Erdogan may refuse to admit publicly, is his sense of deception by those who claim that they are his allies, the Americans, who have used him and forced him into the Syrian file for the past six years, thus destroying all his personal and partisan achievements.

They abandoned him in favor of his enemies, the Kurds.

President Trump supports the Syrian Kurds who are put on the terrorism list by Turkey and considers them an existential danger, arming them with sophisticated modern tanks, armor and missiles and adopting them as a loyal ally of the «liberation» of the city of Raqqa.

And threatens the territorial integrity and demography of Turkey.

The Americans used the Turks, and President Erdogan specifically to stab the Arabs in the back, break up their countries against them (ie, the Americans and Israel), and after they achieved most of their mission in Iraq, Syria and Libya, now they plan to use the Kurds and others to break up Turkey.

President Erdogan has an opportunity to review his policies, reduce losses and save Turkey and the region from destruction and fragmentation schemes.

We have a lot of doubts and we hope that it’s not true and that President Erdogan will prove to be incorrect.