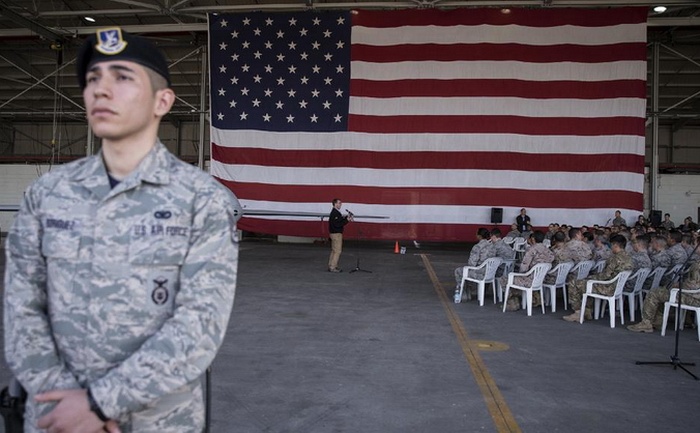 A Turkish Special Forces officer rejected the medal presented by the US colonel in Incirlik! The US has been shocked!

The Turkish colonel, member of the Special Forces in the Combat Unit against Incident in Incirlik Base, rejected the US Army medal.

I want to tell you some of your friends who have witnessed to being in İncirlik.

This event took place on May 10, 2017, yesterday, at the Coalition Headquarters to fight against DEA in Incirlik.

A farewell and medal ceremony is being held at the coalition headquarters.

Because of the outstanding achievements in this ceremony, «To a Turkish Officer», medals and rats will be presented by the US Command.

Colonel Kevin Leahy of the United States is going to wear this.

medal in the name of «Natural Stability Command»… Medal; Second highest medal in the scene. So the value is huge.

Colonel Kevin Leahy of the United States is wearing a medal for the Turkish Officer.

After that, the Turkish officer who is awarded the medal is giving a speech about the procedure.

«I think that we have accomplished good things in Turkey. The most important of these is the absence of civilian casualties and friendly fire during the Al-Bab operation.

However, when we look at the map, we see such casualties in Syria and Iraq.

This shows us how successful we are».

Then the Turkish officer completes his words as follows:

I do not want to hurt you and upset you.

But I can not accept this medal.

Because those who give this medal are in cooperation with YPG, my enemy.

»ONURUM” does not allow me to accept this medal”.

The Turkish Officer who established these sentences gives back the medal and rhetoric that was sent to him immediately afterwards.

Nobody ever comes up with a single word.

And the Turkish Officer abandons the ceremony.