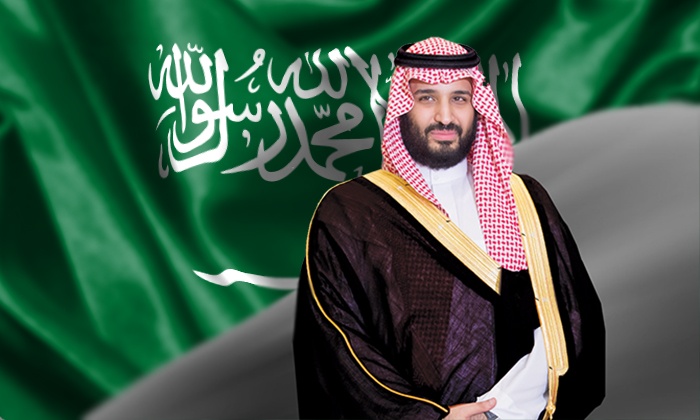 Hossein Dehghan shows that the Iranian leadership is taking seriously the threat made earlier by Saudi Deputy Crown Prince and Defence Minister Muhammad bin-Salman to carry the ‘battle’ between the two countries into Iran itself.

Tehran clearly does not view the powerful young prince’s remarks, made in a high-profile TV interview last week, as mere bravado or posturing, but a serious declaration of intent to endanger Iran’s security and stability.

In an interview broadcast on Monday night, Dehghan responded to Bin-Salman by warning that any Saudi military action against his country would trigger massive military retaliation against Saudi Arabia.

He spoke scathingly of the Saudis’ long record of trying to project their influence and eradicate their opponents in the regime, adding that in their desperation they had been reduced to sucking up to Israel’s Binyamin Netayanhu in he hope of inciting him against Iran.

‘Today they think that they can flex their muscles….

However I don’t think they themselves understand what they are saying,’ he told the Lebanese Al-Manar channel, attributing the Saudi prince’s remarks to a mixture of ‘arrogance, ignorance and youth’.

He added: ‘They think they have an air force that is capable of doing something, but I advise them not to do anything foolish.

If they do, I doubt that anywhere in Saudi Arabia will remain safe except Mecca and Medina’.

Tehran had already lodged a protest with the United Nations, describing the Bin-Salman’s remarks as an ‘unveiled threat’ against Iran in violation of the UN Charter ‘as well as a clear admission of the long-known complicity of the Saudi regime in acts of terror and violence inside Iran, the latest of which resulted in the murder of 9 Iranian border guards, by the Saudi-financed armed bands’.

The Iranian leadership evidently did not think this protest was sufficient – nor the diplomatic response of the foreign ministry which reiterated Iran’s commitment to dialogue and good-neighborliness – and so tasked the defense ministry with delivering a more strongly-worded rejoinder.

Prince Muhammad bin-Salman as obviously not speaking off-the-cuff when he issued his threat to carry the battle to Iran, nor was it a slip of the tongue.

The interview in which he made it was pre-recorded and rehearsed, and was broadcast on all Saudi and some Gulf television channels several days after it was recorded and edited and every word in it was reviewed.

Taking the battle to Iran, as stated by the Saudi prince, means inciting and sponsoring armed rebellion among ethnic and religious minorities opposed to the Iranian regime — as was done in Syria –and supplying with arms and money across Iran’s borders with Afghanistan and Pakistan.

Both countries are US allies, and the latter hosts over 30,000 American troops equipped with a full panoply of heavy offensive weapons including tanks and artillery and all manner of fixed-wing aircraft, helicopters and drones.

What the Iranian defense minister meant to tell his Saudi counterpart was this: you may possess American-made F-16 and F-15s, but we have an air defense network that includes sophisticated Russian-made S-300s, as well as hundreds of surface-to-surface missiles that can reach every corner of Saudi Arabia.

True, Saudi Arabia is about to spend tens of billions on dollars on buying yet more American-made weaponry, including the THAAD anti-missile system along with other military equipment such as armored vehicles and warships and huge quantities of munitions.

A massive arms deal is expected to be signed when President Donald Trump visits Riyadh on 23 May.

There are two aspects to Saudi Arabia’s continuing insatiable appetite for weapons despite its severe financial difficulties.

One is purely political: to ingratiate itself – and Muhammad Bin-Salman personally — with the Trump administration.

The other is military: to escalate the war in Yemen.

Reliable sources concur that the Trump administration has given the Saudis until the end of the year to finish the war in Yemen, promising them all possible support in the interim.

But it is not in Saudi Arabia’s interest to light the fuse of war with Iran in these circumstances, when its finances are under severe strain and it is already waging a costly war in Yemen and another by proxy in Syria.

This would only be justifiable if the country were forced to act in self-defense, but there is no sign whatsoever that Iran is planning or contemplating any attack on the Kingdom, at least not at present.

This verbal escalation and trading of threats does more harm to Saudi Arabia and its security and stability than it does to Iran which has been embattled and under embargo for the past 30 years.

The maintenance of internal security and stability is the Kingdom’s greatest asset – as it never ceases to remind its citizens day and night.

It has managed to secure this by waging all it wars in the territory of others, recruiting non-Saudis for the purpose and using them as cannon fodder.

The prospect of these wars reaching Saudi territory will have a destabilizing effect and exacerbate capital flight.

The Economist magazine recently estimated that half of Saudi Arabia’s privately-owned capital has already been transferred to safer havens in the West, and reported that many members of the Saudi business elite and their families are seeking dual citizenship in Europe or America.

The verbal war of threats and counter-threats between Saudi Arabia and Iran is entering a new and dangerous phase.

It leaves the strong impression that there are forces at work setting the stage for a real war between the two countries, with the aim of dragging in the entire region.