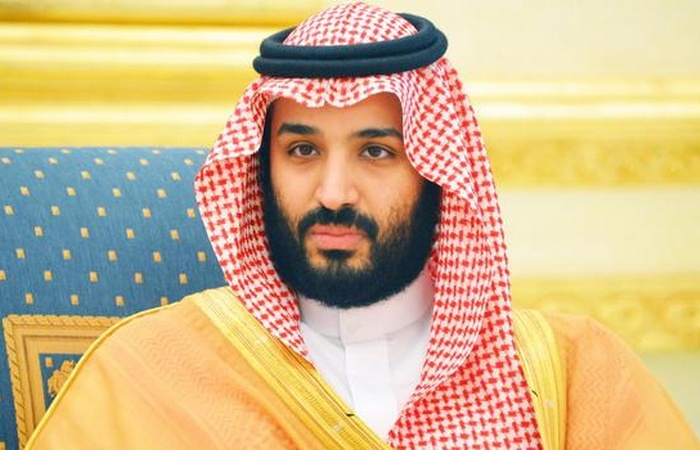 Muhammad bin-Salman acts as if he’s already on the Saudi throne — and reveals recklessly misguided views on Iran, Yemen and much else

The televised interview given by Saudi Deputy Crown Prince Muhammad bin-Salman broadcast on Tuesday night was among the most, if not the most, important of its kind in the history of the Kingdom of Saudi Arabia.

This is not only because of the answers, information and responses he gave and the attitudes he revealed, but also the symbolism of the interview and its domestic, regional and international political implications.

The prince did not speak like the second-in-line to the throne, nor even the heir apparent, but as though he were already his country’s crowned and enthroned monarch.

The interview was broadcast simultaneously on all official and private Saudi TV channels, as well as a number of Gulf and allied channels such as Abu-Dhabi TV.

There is no precedent for this kind of treatment being accorded even to one of Saudi Arabia’s kings, let alone one of its princes.

In terms of the interview’s substance, the much emphasis was placed on domestic economic issues and explaining the reasons for the decision to rescind sweeping public sector pay cuts just six months after they were instituted.

The questions were clearly designed to help the prince to reassure Saudi citizens about economic conditions and to assuage snowballing public anger at recent austerity measures, indirect taxation hikes and subsidy cuts and the subsequent rise in the cost of living.

The prince’s dismissal of this factor does not make it less real.
Prince Muhammad bin-Salman came across as supremely self-confident.

He was well rehearsed and prepared, with plenty of figures and statistics at his disposal, and spoke at length of the prosperous future that lies ahead.

For example, he explained that Saudi Arabia’s unexploited non-oil mining sector – gold, copper and iron etc. — was worth an estimated $1.3 trillion, and that money raised from his planned sell-off of 5% or more of the state oil company Saudi Aramco would be invested in this sector.

The dual message to Saudi citizens was that the kingdom is not on the verge of bankruptcy, and that it has alternatives to oil.

This is not the place to repeat all the doubts raised about the viability of Muhammad bin-Salman’s economic plans and his ‘Vision 2030’ for Saudi Arabia’s future.

That is best left to economists.

But it was noteworthy that, in discussing economic policy, the prince made the remarkable claim that the kingdom’s oil policy and decisions on oil production levels are driven by economic considerations and not politics, when the reality is quite different.
Countless statements have been made by the kingdom’s officials and oil ministers –which can be readily found on the Internet, in OPEC’s archives and in international economic publications — which indicate the exact opposite.

When oil prices began to weaken in 2014, the Kingdom raised its output by more than 1.2 million barrels per day and resisted all calls for production cuts in order to stabilize prices (which peaked at $110 per barrel at the time).

Its aim was to cause a price crash that would paralyze the economies of Iran and Russia, the two states backing the regime of President Bashar Al-Assad in Syria.

In 1988, Saudi Arabia and other Gulf states pushed the price of oil to below $10/b by flooding the markets with excess production and creating a glut.

The aim was to bankrupt Iraq and the regime of Saddam Hussein, which had just emerged exhausted from an eight-year war with Iran that was ostensibly fought in defense of the Gulf.

This was one of the factors, among others, that led Saddam to invade Kuwait two years later.

On Yemen, Muhammad bin-Salman maintained in the interview that Saudi ground forces were capable of uprooting the Houthis and their ally President Ali Abdallah Saleh in a matter of days if they wanted to, but were wary of causing thousands of casualties among both Saudi troops and Yemeni civilians.

The latter part of the statement, at least, is correct.

The kingdom’s losses would indeed be very great, and there would be an outbreak of funerals and wakes for the fallen throughout the country.

But that does not mean that the on-going air war has shown any sensitivity to causing casualties.

Thousands of civilians have been killed in two years of relentless aerial bombardment aimed at breaking the Yemenis’ will and forcing them to surrender.

The broader human cost has been enormous, with 19 million Yemenis on the verge of famine and one child dying every ten minutes because of the Saudi-led coalition’s blockade of the country and indiscriminate airstrikes which target anything that moves.
Prince Muhammad bin-Salman also argued that prolonging the war in Yemen was to the Kingdom’s advantage because the other side is under siege and not receiving any supplies.

This assertion (which contradicts incessant Saudi claims that Iran provides the Houthis with arms and missiles) is debatable.

Prolonging the war constitutes a huge financial, human, and psychological drain on the Kingdom and its supporting Arab coalition.

It would be well advised to abandon this delusion as quickly as possible in order to cut its losses – and to at least partially fend off charges of committing war crimes and crimes against humanity in Yemen, which could conceivably subject it to sanctions and massive compensation bills.

Another noteworthy political point in the interview was Prince Muhammad bin-Salman’s denial of any disagreements with Egypt over the Red Sea islands of Tiran and Sanafir.

He dismissed such reports as mischief-making by Muslim Brotherhood-controlled media, and insisted that the islands’ status has already been settled in favor of Saudi sovereignty, and that work on the proposed causeway linking them to the Saudi and Egyptian main-lands would begin within two years.

These remarks may cause problems for the kingdom on two fronts: First, with the Muslim Brotherhood and its branches in Egypt and elsewhere, including Yemen where the Brotherhood-affiliated Islah Party is fighting on the Kingdom’s side; and secondly, with the Egyptian public and media, which overwhelmingly and passionately opposed the government’s decision to cede sovereignty over the islands to Riyadh and supported the court rulings that blocked it.
Prince Muhammad bin-Salman meanwhile slammed shut all doors to any possibility of dialogue with Iran.

‘How am I supposed to reach an understanding with a regime based on an extremist ideology….

which calls for hegemony over the Islamic world and its holy sites?’ he asked, charging in openly sectarian language that Iran was committed to spreading its Shia confessional creed, imposing its precepts and taking control of Islam’s holiest site the Kaaba in Mecca.

He concluded with a very dangerous statement, stating: ‘We will not wait for the battle to come to Saudi Arabia; we will carry the battle to them in Iran”.
To ‘carry the battle’ to Iran means stoking domestic unrest and tensions in the country, inciting ethnic and religious minorities — especially Sunni ones such as the Arabs in Khuzestan, the Baluch in southeastern Iran, the Azeris in the northwest and the Kurds — and supplying them with money and weapons.

That would emulate what has been happening in Syria, Iraq and Yemen, and previously in Afghanistan. The man threatening to do this is the Kingdom’s defence minister, its monarch’s son, and its principal decision-maker. So does Saudi Arabia really want to open a new front with Iran? Can it bear the financial and political consequences when it is fighting wars in Yemen and Syria at the same time? Does this Saudi escalation relate to US plans to establish an ‘Islamic NATO’ to confront Iran? And if so, how might Iran respond?
Prince Muhammad bin-Salman’s interview is both very important and very dangerous.

It is worth scrutinizing and reading between the lines of every word and phrase.

But more importantly, it suggests that more changes are imminent in the Saudi ruling structure following the King’s latest 42 royal edicts appointing a host of young princes close to the deputy crown prince to senior positions.

This may all be the prelude to a more important edict, which elevates Muhammad bin-Salman to the post of crown prince and de facto king, awaiting only the moment of official enthronement.