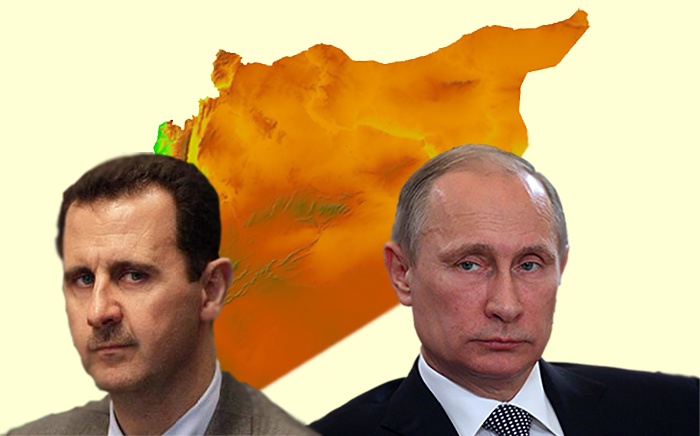 Russian Foreign Minister Sergei Lavrov travels to Washington on Wednesday to present his American opposite number Rex Tillerson which Russia’s most important diplomatic achievement in Syria: the ‘Astana-4’ document signed in the Kazakh capital last week which provides for the establishment of four ‘de-escalation zones’ guaranteed by Russia, Turkey and Iran.

The agreement was based pm the plan put forward by President Vladimir Putin after meeting his Turkish counterpart Recep Tayyip Erdogan and talking on the phone to Donald Trump.

The agreement not only excludes the offshore Syrian political opposition groups and their leaders who live in exile in favor of the armed paramilitary factions that have a presence on the ground, but also places the latter head-to-head against those groups that are designated as terrorist: notably Hay’at Tahrir ash-Sham (formerly the Nusra Front) and the Islamic State (IS).

The current US administration appears to have handed the Syrian dossier in full to Moscow, and given it a free hand to deal with it on the basis of prioritizing the fight against the terrorist-designated groups and partly or fully eradicating them by the end of the year.

Lavrov will concentrate in his talks with Tillerson on the future: meaning the management of the Syrian conflict in the post-Astana period. One can imagine that the pair will focus on two main issues.

First, providing full support to the armed groups that attended the Astana conference in their war against the terrorist-designated factions in the four de-escalation zones. These groups’ main sponsor, Turkey, will assume responsibility for managing that war in Idlib, Homs and Aleppo provinces.

One need only view the latest video released by Tahrir ash-Sham, in which its senior jurisprudent Abdallah Al-Muheisini accuses these groups of betrayal, treason and apostasy, to appreciate that a showdown between the two sides is imminent.

Secondly, reaching agreement on when and how – and putting the necessary coordination mechanisms in place between the two superpowers – to launch the final battle for Al-Raqqa and eject IS from its main stronghold in Syria.

More importantly, which forces should perform this task – most probably the mainly Kurdish Syrian Democratic Forces (SDF) which succeeded in capturing the neighboring town of Al-Tabqa with US ground support and air cover.

Washington’s tacit blessing for the latest Astana conference gives the impression that a trade-off has been made between the superpowers, under which the four ‘de-escalation zones’ will be left to Moscow while the US and its Kurdish allies are given a free hand in Al-Raqqa.

The Syrian government could emerge as the principal beneficiary of such a trade-off and the Astana document on which it is based. Two of the document’s three guarantors, Russia and Iran, are its main allies in the region and on the ground in Syria.

More importantly, the main task of the armed opposition groups on the ground in the coming weeks will not be to fight against the Syrian army but to fight with it against the terrorist-designated groups.

This is a major and unprecedented development, which was scarcely imaginable just three months ago, let alone at any earlier time in the six-year-old crisis.

Nobody is talking any longer these days about the Geneva negotiating process or the Syrian opposition bodies that have been involved in it, such as the Riyadh-based High Committee for Negotiations or the Istanbul-based Syrian National Coalition.

These political opposition organizations are being side-lined today, and tomorrow will come the turn of the armed groups on the ground – one after the other – if things go according to the Russian-Iranian-Turkish scenario that was agreed behind closed doors in Astana.

This may explain the visibly relaxed appearance of Syrian Deputy Premier and Foreign Minister Walid Al-Muallem at his press conference in Damascus on Monday.

Those who are banking on Russia and the US to fall out over Syria at present are deluding themselves.

They need only note how the furore kicked up by the US over Damascus’ alleged use of chemical weapons – echoed by its Western and Arab allies and their media empires – has died down and, at least for now, been forgotten.