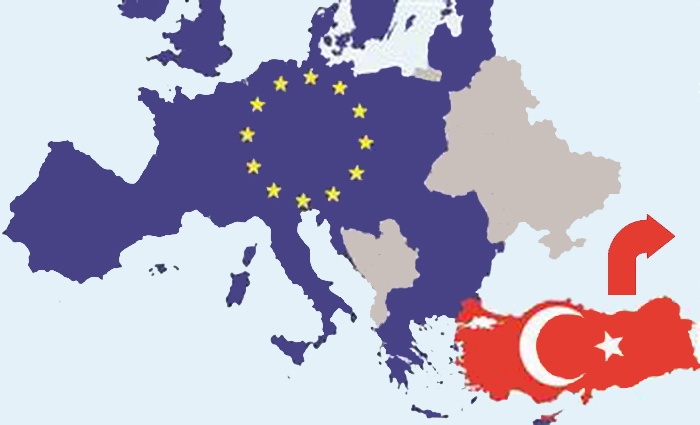 Ankara has decided to suspend its plan to become a member of the European Union, which it had been driving towards, supported by the United States since 1987.

This decision is linked to a potential window of opportunity for Turkey to negotiate its membership of the Eurasian Economic Union.

Since the creation of modern Turkey in 1920, this state has shown no reluctance in building ties, be it with Europe, Asia or the Muslim world.

Since 2015, it has brought together Armenia, Belarus, Kazakhstan, Kyrgyzstan and Russia.

Tajikistan and Syria have officially filed their applications for membership.

Moscow also envisages that Moldova, Donbass and the States of the Caucasus will become members.

Should Turkey file a formal application for membership, it would be paired with another one from Azerbaijan.

Both these requests would present serious problems for Armenia which had requested various assurances (notably the resolution of the issue over High-Karabakh).

If Turkey joined the Eurasian Economic Union, this would effectively bring to an end its membership of Nato — whose secret services have already made several attempts to assassinate President Recep Tayyip Erdoğan.

It is from this angle, that the current negotiations between the Turkish Army and Russia, for the purchase of the Russian S400 (anti-air defense systems), must be read.

Turkey will soon organize a referendum on this possible change of direction.