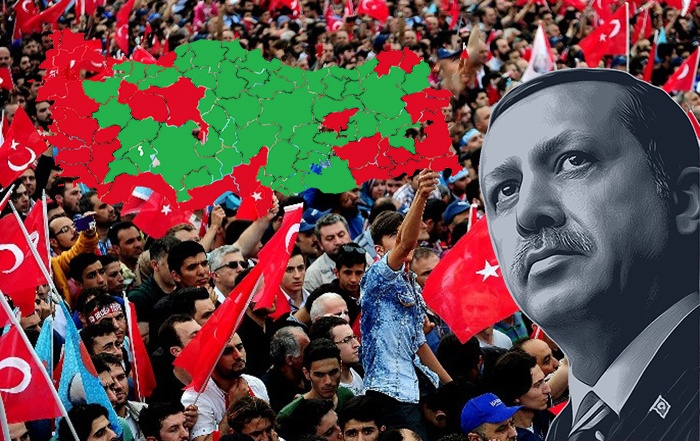 The results, which matched the preliminary figures released in the hours after polling closed on April 16, were released despite calls by the opposition to delay a final announcement while they appealed what they said were major flaws in the vote.

Erdogan told Reuters this week that he would rejoin Turkey’s ruling AK Party once the full results came out, and a senior official said he would be named as a candidate to lead it at an extraordinary congress on May 21.

The constitutional changes passed in the referendum allow the president, who will assume executive powers, to retain party political ties. Under the terms of the outgoing constitution, the head of state was supposed to remain politically impartial.

European election observers and Turkish opposition parties criticized the referendum, which was held under a state of emergency in place since a failed coup attempt last July.

They said a decision by the electoral board to accept unstamped voting ballots removed a major safeguard against voter fraud in the tightly contested referendum.

On Tuesday, Turkey’s council of state, which handles complaints and appeals against state and public institutions, declined to hear an appeal by the main opposition Republican People’s Party (CHP).

The CHP said it would take its appeal to the European Court of Human Rights.

Erdogan has said the referendum reflected the will of Turkish voters and the opposition and observer complaints are politically motivated.